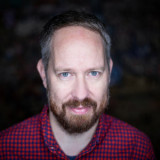 Another six months have passed, and as promised, we are again reporting on the development and financial background of Telex. As Telex is mostly supported by our donors, we consider it important to publish regular, transparent reports about how much money we have and what we are spending it on. Anyone who wishes to support our work can do so very simply, it is just a few clicks away.

As we said in our first, second and third transparency report: it is not common in Hungary for a media company (or any company) to report in more detail than required by law on how much money it has and how it spends it. However, as our story is not a usual one, and the money we use to run Telex comes largely from our supporters, it is only natural for us to disclose the details of our finances

- because this is not only our story, but also that of our supporters.

Our last transparency report was published last December – let’s see what has happened since our latest detailed report!

Our stable, sustainable operation is primarily guaranteed by regular support. It has recently happened to several of our supporters that the card they had set up for sending their support had expired, or there weren’t enough funds on the card, etc. We want to express our gratitude to them for returning once the technical obstacles have been taken care of. Our operation and our future can only be secure if there are enough people supporting our work. You can become one of them here, and below you can read about all the great things we are able to do thanks to our readers’ support.

The two most important events in the life of the country as well as the editorial staff this year have been the Russian invasion of Ukraine and the parliamentary elections in Hungary. We have endeavored to report on both in the most high-quality and realistic way possible, and will continue to do so.

There were times when we had six correspondents inside Ukraine, who – in spite of the danger – took the risk to cover the war from various parts of the country. These were not only dangerous but also expensive missions, and one of the greatest virtues and advantages of Telex is that, thanks to our readers' support, we are able to report on events of global importance in such a high profile way, directly from the scene.

A similarly new and high quality undertaking was our coverage of the election and the campaign preceding it. We reported on what was happening on a daily basis, summarized and explained the most important things week by week, and organised live programmes so that experts and leading politicians could be heard and seen on a platform outside of television. This is also an expensive genre, and it is also thanks to our readers’ support that we were able to do it. We would like to develop and grow in this area, and will be working on it for sure.

We embarked on one of our biggest undertakings to date: the launch of Transtelex. We did this because we all believed that there was a need for a free press in Transylvania. We believed that Transylvania also needs a newspaper that depends only on its readers. A news site where what is written is not dictated by those in power is just as needed there as elsewhere. We believe there is a need for a free newspaper for Transylvanians written by Transylvanians, but which is not only about Transylvania. Transtelex operates in a symbiotic relationship with Telex, but independently. Transtelex is definitely similar to Telex in that it is independent of any political party or economic power, and its existence fundamentally depends on its readers. (If you wish to support Transtelex, you may do so here.)

Our team has grown – we welcomed new colleagues! Zsolt Sarkadi (from 444) is focusing on domestic politics and public affairs, and we will be bringing more magazine-like topics with the help of Lívia Liptai, former editor-in-chief of Elle magazine who was ousted in January, and her former deputy, Dóra Patakfalvi. Bori Ács has been writing on gastro-topics for a while, but from now on, there will be more content from as well. Our Telex English readers can look forward to some of her excellent articles about the secrets of Hungarian cuisine coming soon!

We presented our first longer film. Our colleague, András Földes went to Afghanistan last year after the Americans left, and everything collapsed when the Taliban took control of the country. And in June, our colleague Tamás Szilli’s documentary entitled: “Hungary, the dog breeding superpower” was published. The film shows how the decades-long system of dog trade has developed in Hungary, as well as those who take part in this illegal business.

The summer collection of Telex Shop came out on 16 June. It includes limited edition t-shirts, fishing hats, two kinds of baseball hats, a beach bag and a toiletry bag. The patterns are the work of Telex’s graphic artists, and the company which makes the t-shirts places great emphasis on sustainable production, social responsibility, carbon-emission reduction and garment quality. The T-shirts are climate neutral and Fairshare certified. The screen printing was done with water-based ink in the studio of Printa Budapest. The products do not only serve marketing purposes, as with each purchase, our readers are also supporting Telex.

Telex’s fact-checking column, Ellenőrző was launched. At Telex, we believe that the media's job is not only to report on current events, but also to verify the claims of influential actors reaching a large audience. While fact checking has been a regular part of our daily work, our new column will make it easier for our readers to find all of our fact-checking materials. It is easy to get confused nowadays among all the fake news and false statements one sees on the internet: just think of all the lies and misinterpretation which popped up on social media during the Covid pandemic.

Telex English has switched to a higher gear. With the arrival of our new colleague, Andrea Horváth Kávai, we intend to provide quick, impartial and accurate news for foreigners interested in news from Hungary. If you have friends who might find this useful, make sure to let them know!

Our intern program is in full swing. Last fall we committed to teaching and putting to work ten talented young people – and this is going ahead at full speed. Our interns have been constantly working and learning. More and more of their articles can be seen on Telex every day. They are our future!

Telex will belong to the Telex team: Van Másik Kft, the publisher of Telex, which has been owned by founder Márton Kárpáti until now is being transformed into a limited liability company. The main goal of the transformation – as we have always wanted since the creation of Telex – is to make Telex the property of those working at Telex and to ensure that it stays that way forever. This will be fully achieved, because only those who work at Telex will have access to shares, and we will continue to use legal means to ensure that the company will not fall into the hands and control of any politician or oligarch. The first step towards this is the transformation into an LLC, which will be finalized within days. The employees will receive their shares this coming fall.

Csongor Körömi (Telex.hu) and Árpád Kulcsár (Transindex.ro) were awarded at the Minőségi Újságírás Díj (Quality Journalism Awards) for their joint effort in presenting the education-based migration of Hungarian youth from Romania near the Hungarian border.

Luca Pintér (text) and Orsi Ajpek (photo) also received a special commendation for their article about a Hungarian gay couple who adopted twins. Their article followed the life of the family for an extended amount of time, and the photos present their story in an especially powerful way.

At the end of December, the authors of the article published on Telex about the Budapest-Belgrade railway route won the Quality Journalism Award.

We won a prestigious international award with Telexikon. We are extremely proud of this series. This is the awarded video.

Gergely Brückner, journalist of Telex, won the 2022 Energy Award of the Hungarian Energy Traders Association.The jury awarded him for his October 2021 analysis entitled: “Tökéletes vihar tombol az energiapiacon: hiába a rezsiillúzió, itthon is nagy a baj a gazdaságban”. (“The perfect storm of the energy market: regardless of the utility price cuts, there are serious problems in the Hungarian economy”)

Over the past six months, we have reached an average of just over half a million readers a day and 2.3 million a month. This has made us one of the most influential newspapers in the Hungarian market. In February, we set a new record for audience, with 948,000 people following the Telex coverage of the war in Ukraine. To a large part, this surge in interest was also due to the fact that (in a way which is unique in Hungarian media) we had a team of correspondents reporting from the field in war-torn areas of Ukraine.

Telex articles are thorough and longer than average. This does not seem to bother our readers, though! In fact, Telex now has one of the best track records for time spent on the site. This means that our readers don’t accidentally stumble upon our site, but they are regular consumers of our content and they read the articles through to the end.

Although we will soon be two years old, that is considered very young for an editorial office. We have lots of plans, and wish to grow and develop further. We want to spend the funds we receive on growth in the future. We cannot stress enough how important the existence of a thorough and critical press is in upholding a democracy. If you agree with us about this, and believe in the importance of these values, do consider supporting our work.

Naturally, we are extremely thankful for all the support we have received from our readers so far. This is OUR story: yours and ours, but Telex only depends on you!

83 employees, 20 freelance contractors – we basically became a team of 103.

97 percent of our regular supporters give a maximum of 15 000 HUF to keep our newspaper going.

A total of almost 50 thousand people have supported Telex since the beginning with a one-time or with regular donation.

Since we started, Telex received a total of 130 occasional grants of more than HUF 100 000.

The highest amounts of one-time subsidies:

The largest one-time grant received from outside the Telex support system: