Orbán could tell there was trouble when he met with Putin, but did not tell the Hungarian public 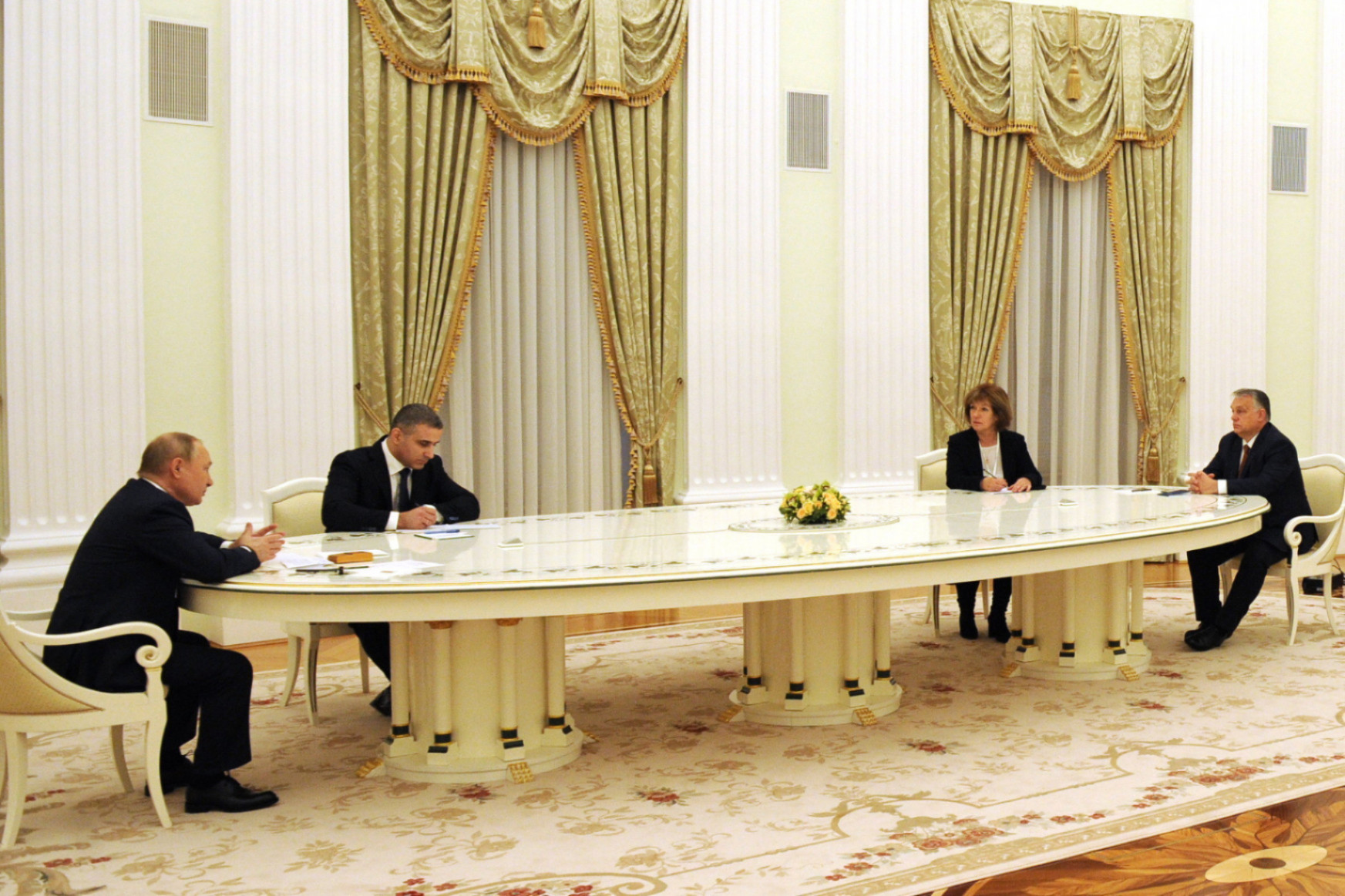 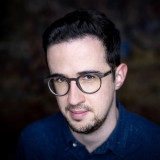 "I could tell he was determined", "I saw that there was trouble", Viktor Orbán said of Putin after meeting with him in early February as one of the last European leaders to do so before the war. He claims that he had told NATO about his concerns, but the Hungarian public was not informed of this either by official releases or by Viktor Orbán's subsequent statements. We reviewed the events from February of this year, and all they show is that the Prime Minister had successful negotiations on gas and had gone to Moscow on a 'mission of peace' to try to resolve the Russian-Ukrainian conflict.

On 1 February, in Moscow, Viktor Orbán was one of the last European leaders to meet with Russian President Vladimir Putin before the outbreak of war. This Tuesday, Orbán spoke about some of the details of the conversation at an event organised by the German magazine Cicero and the Berliner Zeitung in Berlin. He said that he had noticed Putin's determination during his visit to Moscow on 1 February.

The Prime Minister recalled that at the meeting, Putin said that the Ukrainian army was very strong, with American and British-trained commanders, but that Russia would do everything to ensure that Ukraine never joined NATO.

“I could tell that he was determined. He did not say there would be war. He didn't say he was going to attack, but I could see there was trouble.”

However, the Russian-Ukrainian conflict was discussed at the unusually large negotiating table in Moscow, with Orbán telling the Russian President that he sees his visit as a "peace mission". At the time of the meeting, US intelligence already had information that the Russians were preparing an attack, and there were indications that they were: by early February, more than 100,000 troops had already been amassed at the Ukrainian border.

In Berlin, Orbán recalled, "I went to the NATO headquarters in Brussels and reported to the NATO Secretary General that there was a problem." He then recalled the outbreak of war saying that "what we expected ended up happening". There is no trace of Orbán going to Brussels and meeting the NATO Secretary General immediately after the Moscow meeting. Officially, Orbán didn't travel to Brussels until 17 February, as you will read below.

In light of the above, it is worth taking a look back to see whether the possibility of war breaking out was even a central issue in the communication of the Prime Minister and the government at the beginning of February in Hungary.

A detailed breakdown of the communication over the course of those few days shows that although the Prime Minister sensed from Putin that there would be war, he barely spoke about it in Hungary. It was only in the days right before the outbreak of war that the Russian-Ukrainian conflict, and then war, became the central theme of the election campaign, which was in full swing at the time. Our compilation will show the war-related developments that had taken place in the world in those days, alongside the statements which Orbán and the government had made at home.

Upon returning from Moscow, the prime minister posted on his Facebook page saying that the most important element of his visit to Moscow was that if there was Russian gas, the price cuts on utility costs would continue. Afterwards, Orbán mostly wrote and spoke about the economic agreements reached during his visit. Referring to the analysis of Századvég, Origo wrote that the Putin-Orbán meeting ended on a very promising note, as Hungary is expected to receive the extra one billion cubic metres of natural gas it has requested.

The day after the prime minister's visit, the US president approved the deployment of US troops to European NATO countries in response to the Russia-Ukraine crisis.

The Prime Minister's interview at Kossuth Rádió also touched on his visit to Moscow. He said that he believed it was possible to establish good cooperation with the Russians. "We will continue to talk with the Russians at length, and it was Hungary that took the first step in this direction." He stressed that if the parties want peace, they must negotiate. He also mentioned that Hungary must also have good relations with this "new Russia". The question of a possible war did not come up.

On 9 February, Foreign Minister Péter Szijjártó said that "since Orbán's ice-breaking mission for peace, there's been a revolving door of Western politicians in Moscow." The minister was referring to the visit of French President Macron and continued to stress the importance of negotiations in order to reach a solution.

While troop reinforcements were already underway in neighbouring countries as the conflict escalated, Szijjártó still maintained that Hungary did not need NATO troops.

In his annual speech assessing the year behind, on 12 February, Orbán spoke about the Russian-Ukrainian conflict. He stressed that Hungary's interests are clear: war must be avoided, because "in the event of war, hundreds of thousands, maybe even millions of refugees would arrive from Ukraine and this would fundamentally reshape Hungary's political and economic situation". However, he said that "even in the event of war, we have the right scenario and action plan." Here he again referred to his trip to Moscow in early February as a peace mission. He said that "the ice of frozen relations must be broken", because the East-West conflict has so far only brought trouble to Central Europe and Hungary. Meanwhile, the next day, the Hungarian consular service urged travellers to postpone their planned trips to Ukraine.

Orbán posted on Facebook about having discussed the conflict with the President of the European Council. Meanwhile, European leaders made a series of visits to Kyiv to convey that they know what to do if Russia should attack. In Hungary, the campaigning opposition sensed the gravity of the situation and began to communicate that Hungary must declare that Putin is the aggressor.

It was on this day that Volodimir Zelensky spoke of the United States scaring for the umpteenth time by announcing the possible date of a Russian invasion: at the time, 16 February was considered to be the expected start of the Russian aggression. In mid-February, the US Joint Chiefs of Staff were already reporting that the Russians could launch the invasion before the end of the Winter Olympics (20 February). At that time, the Ukrainian president did not consider a Russian invasion a possibility.

In mid-February, the Russians were already holding joint military exercises on Belarusian territory. At the time, the Hungarian government was preoccupied with whether the EU's rule of law mechanism against Hungary would be launched. During this period, a series of cyber-attacks were carried out against important Ukrainian sites. Western leaders were still confident that war was avoidable in Ukraine, and that the crisis could be resolved diplomatically. By then, however, the economic players had already started to waver, and the Ukrainian airline had begun to evacuate its planes to other countries.

Viktor Orbán did not deem the Russian-Ukrainian situation pressing enough to attend the first day of EU talks on the issue. Instead, he asked the Polish president to represent his views and stayed in Budapest to personally welcome and thank Brazilian President Bolsonaro for his efforts for peace. Meanwhile, the parliamentary election campaign in Hungary was in full swing. At this point, for the government's propaganda machinery, the election was not yet about war and peace, but about safeguarding the cuts on utility costs and whether Gyurcsány and Bajnai would return to power. The leaders attending the Brussels meeting expressed their concern about Ukraine, and the NATO Secretary General had already indicated that the military alliance would strengthen its presence in Europe.

The prime minister posted about price cuts (of utility costs, fuel prices, food prices, interest rates), and said that the stakes of the election were whether the country would return to the "old" economy. Meanwhile, embassies in Ukraine were being closed one after the other. This was not yet seen as necessary in Hungary, which had embassy staff still in Kyiv on the day the war broke out. The day before, Joe Biden had said that he believed Putin had already decided to attack Ukraine.

Viktor Orbán posted a message on his social media page about the conflict, saying that his peace mission had been a success because leaders of countries bigger than Hungary had been "visiting one after the other". While Putin's "peacekeepers" had already entered the breakaway territories and a convoy of military vehicles had been lined up in Donetsk, the Hungarian Foreign Minister called on world leaders to return to the negotiating table instead of provoking, strong-arming and message-sending. The previous day, Boris Johnson had struck a more ominous tone, saying that the Russians were preparing for the kind of war not seen since 1945.

On this day, the government's Cabinet on National Security, chaired by the Prime Minister, also met. Viktor Orbán held talks with Ukrainian President Zelensky, and assured him that Hungary supports Ukraine's sovereignty. The Hungarian Defence Forces, presumably sensing the gravity of the situation, deployed troops to the country's eastern borders. On 22 February, Putin was authorised by the upper house of parliament to deploy "armed peacekeepers" outside Russia. At the time, this was explained as being used to protect breakaway territories that had been declared independent.

In a video posted the day before the war broke out, Viktor Orbán described relations between Russia and Ukraine as "tense and serious". He continued to stress that Hungary supports negotiations. On the eve of the war, Tibor Benkő, then Defence Minister, said that the country should prepare for receiving tens of thousands of refugees. At this point, two opposition members of the foreign affairs committee had indicated that they would like to hear Orbán's report about his trip to Moscow and the Russian-Ukrainian conflict.

Later that day Putin said that Russia remained ready for dialogue and a diplomatic solution. Ukrainian President Zelensky said that only their reserve troops would be called up for the time being, and that there was no need for a general mobilisation.

For more insight on news from and about Hungary, subscribe to the Telex English newsletter! It's free and only takes a few seconds to sign up for!