NATO Secretary General: We knew last fall that Russia was preparing an attack, and we notified the Hungarian government about it 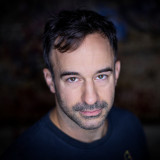 For example, he emphasized the Hungarian government's contribution to NATO's efforts on Ukraine, including the vote in favor of sanctions and Hungary's acceptance of Ukrainian refugees. When asked about Hungary walking its own path on some matters, he said he did not want to rank the members of the alliance. He also did not elaborate on media suspicions that in recent years Hungary has been a major point of infiltration for Russian intelligence, nor the evident procrastination of the Hungarian parliament's ratification of Swedish and Finnish membership of NATO.

Márton Gulyás also asked the NATO Secretary General about an important detail of Viktor Orbán's meeting with Vladimir Putin in Moscow on 1 February. Regarding this meeting, at a forum in Berlin in October, the Hungarian prime minister recalled: "He did not say that there would be a war. He didn't say he was going to attack, but I could see there was trouble." Then, in an apparent nod to his own history-making role, he claimed, “I then went to the NATO headquarters in Brussels and reported to the NATO Secretary General that there was trouble.”

Commenting on this, Stoltenberg said that they were already aware in the autumn of 2021 that Putin was preparing to attack Ukraine, and that intelligence information about this had been shared with all members of the alliance, including Hungary. He said he could no longer remember the details of the conversation.

However, he considers NATO's performance as a whole to be very good, as the Alliance has shown that it is capable of unified action – not only in supporting Ukraine, but also in doubling its military presence in the eastern member states.

Gulyás brought up the NER's (The System of National Cooperation – the network of political and cultural institutions and private corporations closely aligned with Prime Minister Viktor Orbán or with the national-conservative Fidesz party) widely propagated interpretation of the causes of the Russian-Ukrainian war, according to which the Russian aggression was provoked by NATO's expansion to the east.

Stoltenberg believes this approach to be completely wrong, as it is based on the outdated principle that a great power can impose its interests on its neighbors. In Stoltenberg's view, what we are seeing is an old-fashioned territorial aggression aiming to expand Russia's sphere of influence, and Vladimir Putin is solely responsible for this. He recalled that NATO enlargement has always been upheld by a democratic vote in all countries wishing to join; this was the case in Hungary as well, and it confirmed its intention to join in a referendum.

Responding to French President Emmanuel Macron's suggestion that the West should consider how to deal with Russia's demand for security guarantees should Vladimir Putin agree to negotiations to end the war in Ukraine, Stoltenberg said: Russia has made its demands completely clear before. It demands that NATO should completely disband the countries that became members after 1997, meaning that it should essentially exclude most of the former Soviet bloc countries, including Hungary.