Von der Leyen after her meeting with Orbán: Some progress was made 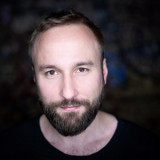 On Monday evening, following her quick visit to Hungary and meeting with PM Viktor Orbán, President of the European Commission, Ursula von der Leyen wrote on her Twitter:

“This evening’s discussion with PM Viktor Orban was helpful to clarify issues related to sanctions and energy security. We made progress, but further work is needed." She closes the post by adding that she will convene a VC with regional players to strengthen regional cooperation on oil infrastructure. Photos posted on social media by Péter Szijjártó testify that Hungary’s foreign minister was present as well.

Following the meeting, Szijjártó posted a short video on his social media page in which he also said that although some progress has been made, there is still much left to be discussed before an agreement is reached. In the video posted on his Facebook page, Szijjártó said that the sanctions package proposed by Brussels would create huge problems for Hungary, it would destroy the country’s secure energy supply and would make it impossible to obtain the oil needed to keep the Hungarian economy going.

He added that during their dinner with the President of the European Commission, he and the Prime Minister informed von der Leyen about the effects and problems that the sanctions package would cause for Hungary. “We requested that they consider these problems” – the Foreign Minister said, and reiterated that until the European Commission offers a solution to these problems, Hungary will be unable to support these sanctions. Szijjártó said that this sanctions package “is equal to dropping a nuclear bomb on the Hungarian economy”.

Not long after Von der Leyen’s post, Hungary’s Justice Minister, Judit Varga shared a post on her Facebook page entitled “Winter is coming”: “According to a study done by one of Germany’s leading economic research institutes, Germany, and thus Europe would face difficult times if the latest sanctions package from Brussels were to be adopted. Instead of a 3 percent increase, Germany’s GDP would actually be 2 percent lower in 2022. The price of natural gas would double and German gas storage facilities would be depleted by the beginning of winter, putting domestic heating at risk." She concludes her post by saying that this would threaten the livelihood of 2,8 million people, and that they will not allow the Hungarian people, Hungarian families to be forced into paying the price of this war”.

The sixth EU sanctions package against Russia was announced by Von der Leyen last Wednesday. One of the planned points of the package is the complete halt of Russian oil imports within 6 months. In order for the package to be accepted 27 EU countries’ must agree on it. However, both the Hungarian and the Slovakian governments were quick to note that in its current form they would not be supporting the package.

According to Reuters’ information, the two countries would be exempted from the oil embargo until the end of 2023. In spite of this, last Wednesday, Szijjártó said that even with the extended deadline, the Hungarian government is not able to support the sanctions.

Last Friday, in an interview on state-owned Kossuth radio, Viktor Orbán said that in its current form, the EC’s oil embargo proposal “is tantamount to a nuclear bomb thrown at the Hungarian economy”, and that Hungary would not vote in favor of the sanctions package. At the time, the Prime Minister also criticized Ursula von der Leyen by name, said that “with this proposal the President of the European Commission had "wittingly or unwittingly attacked the hard-earned European unity".

For more quick, accurate and impartial news from and about Hungary, subscribe to the Telex English newsletter! It's free and takes but a few seconds to sign up!