Women do not choose abortion because it's fun 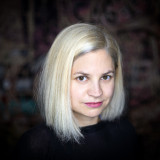 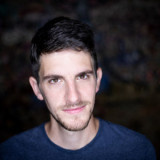 Thousands protested against the tightening of the abortion law on Wednesday evening in Budapest. From 15 September, it is mandatory that women seeking an abortion listen to the foetus' heartbeat before the procedure. The demonstration began outside Parliament, from where demonstrators marched to the Interior Ministry.

Before watching our subtitled video, there are a few things we want to explain to our foreign readers for clarity's sake:

The short answer is: because there is no separate Ministry of Health in Hungary. Under the previous Orbán government, there was no independent Ministry of Health either. Even then it was for some reason merged with education, church affairs, sports, and many other areas. In spite of the fact that by all accounts, Hungary's healthcare is in dreadful state, when the new government was formed following Fidesz' most recent election victory, this remained so and this time, matters of health were included under the care of the Ministry of Interior. This is how it could happen, that Interior Minister Sándor Pintér was involved in creating the new abortion law and this is why several of the speakers at the protest refer to him.

The speaker is referring to Dóra Dúró, lead politician of the far right “Mi Hazánk" party. The party has been outspoken about its desire to see a heavy tightening of the abortion law, and Dúró welcomed the new regulation.