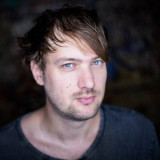 What emerged from the meeting between Péter Szijjártó and Sergei Lavrov was that peace talks on Ukraine are not likely to be launched, and that Szijjártó complained to Lavrov that the consequences of the Russian-Ukrainian war could be felt in Hungary too, through the escalating inflation and the flood of refugees.

The Hungarian government, unlike the rest of the EU, has a much friendlier relationship with Russia, which is occupying parts of Ukraine. Hungary is often criticised in the West for this, and even relations with its good friend Poland have deteriorated as a result. This is probably what Szijjártó was referring to in his speech below:

“Now, of course, there will probably be some opposition MPs, and naysayers or members of the opposition press back home who will be asking why I met with Sergei Lavrov. But I think that peace will not come about without dialogue. If there are no talks on peace in the season ahead, the world will face even more serious consequences, and it would be good to prevent them.”