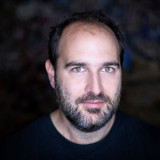 Citing two EU officials Reuters reported on Wednesday that if no agreement is reached between Hungary and the European Union, the EU could withhold up to 70 percent of the 2021-2027 cohesion funds originally earmarked for Hungary (about 15 billion euros or about 6,000 billion forints).

Tibor Navracsics, Hungarian minister without portfolio responsible for the use of EU funds reacted to this information in ATV television's programme "Egyenes beszéd" (Straight talk) on Wednesday evening.

Navracsics said that the Hungarian side had not received any information about such a decision, even informally. According to the minister, right now the aim is to establish a level of trust between Hungary and the European Union, so that they can negotiate effectively to ensure that Hungary does not lose out on subsidies.

"If they see that all the legislation has been passed, then maybe the level of trust will be reached where the Commission says that it is possible to work with the Hungarian side,"

-he explained in the interview.

To this end, the bills that need to be passed to establish that bond of trust will be submitted to the Hungarian Parliament next week. In particular the bill about the planned anti-corruption authority which will oversee the spending of EU funds. "[Our] interest is to create an institution that enjoys public trust, which can monitor, control and serve as a point of reference," Navracsics said.

The European Commission has until 22 September to give a formal response on its assessment of Hungary's willingness to reach an agreement. If things go well, a consensus with the European Union could be reached by November or December this year and the funds could finally be made available.

We have previously taken a closer look at the why the plan for the anti-corruption authority might not impress EU officials as much as the Hungarian government is hoping it would.