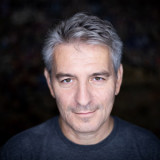 Zsuzsa Hegedüs, one of Viktor Orbán's longest serving advisors, has resigned from her post as the Prime Minister's special envoy for social inclusion. The sociologist confirmed her decision to Hvg.hu and sent the newspaper a letter she wrote to Viktor Orbán and sent to the prime minister on Tuesday morning. In the letter, she wrote, referring to the Prime Minister by his first name because of their old acquaintance:

“I sincerely regret that it was a disgraceful statement that has forced me to sever a relationship that, although increasingly difficult for me to manage since your illiberal turn, seemed sustainable in the short term. However, after such a speech, which goes against all my fundamental values, I have no choice: despite the fact that you never restricted my full freedom in any way, just as you originally promised when you offered my this position, I must now publicly break with you because of what you said in Tusnádfürdő.”

In the letter, she also reminded Orbán that she had already personally told him that the "homophobic" law had already exceeded the limits of what she considered acceptable, and that she had continued her mandate and work on the social inclusion programme in spite of this. But "your speech in Tusványos surprised me even despite these precedents".

"I don't know how you didn't realise that you were turning your earlier anti-migrant and anti-Europeanism into a pure Nazi text worthy of Goebbels when, as is your custom, you read through the speech. But due to the gravity of the fact I cannot, even after nearly 20 years of friendship with you, overlook that this time."

It was not just her letter of resignation that Ms Hegedüs sent to HVG, but also another one addressed to the former Chief Rabbi of Hungary, Róbert Frölich. After Orbán's speech, Frölich was one of the first to protest against Orbán's speech and reacted by saying: "There is only one race that is characterised by bipedalism, that works, speaks and sometimes thinks: the Homo sapiens sapiens. This race is one and indivisible".

Zsuzsa Hegedüs wrote to the former Chief Rabbi: “I deeply agree with your statement. In fact, I see the situation as even more serious than the one you are referring to.”