The forint’s plunge continues: 1 euro worth 412 forints, and 1 USD worth 403 forints 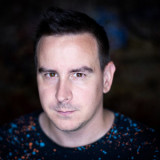 After Tuesday's historic low, the forint continued to weaken against the euro and the dollar on Wednesday morning: shortly before 11 am, the euro crossed the 410 forint mark, while the dollar was quoted at 401 forints, which is a significant change compared to the 384 forints recorded a day before. Both are new historic record lows for the strength of the Hungarian currency.

Then, shortly before 1 pm on Wednesday, the euro crossed the 412 forint mark. Meanwhile, the dollar was being traded above 403 forints.

The forint first crossed the psychological barrier of 400 HUF against the euro on 13 June for a sustained period, and in spite of the Hungarian National Bank having hiked up the interest rates, the national currency failed to recover permanently.

There are both international and domestic reasons behind the depreciation of the Hungarian currency.

The international reasons are as follows:

And the domestic reasons are:

The interpretation of exchange rate fluctuations is also a political issue in Hungary. Those close to the government, such as the Minister for Economic Development, Márton Nagy, are trying to explain away the weakening of the forint solely in terms of international causes. Opposition figures, on the other hand, like to blame the Orbán government's economic policies alone for the occurrence.

The truth is somewhere in the middle. It is natural that in the first months of an emerging crisis, small currencies like the forint would weaken against the major currencies (dollar, euro), and this would also be inevitable because the Fed has raised interest rates. On the other hand, in recent weeks, and especially since the outbreak of the war in Ukraine, the forint has weakened much more than other regional currencies (the Polish zloty, Czech korona), which is clearly the government's fault.

If you'd like to make sure you never miss any quick, accurate and impartial news from and about Hungary, subscribe to the Telex English newsletter!