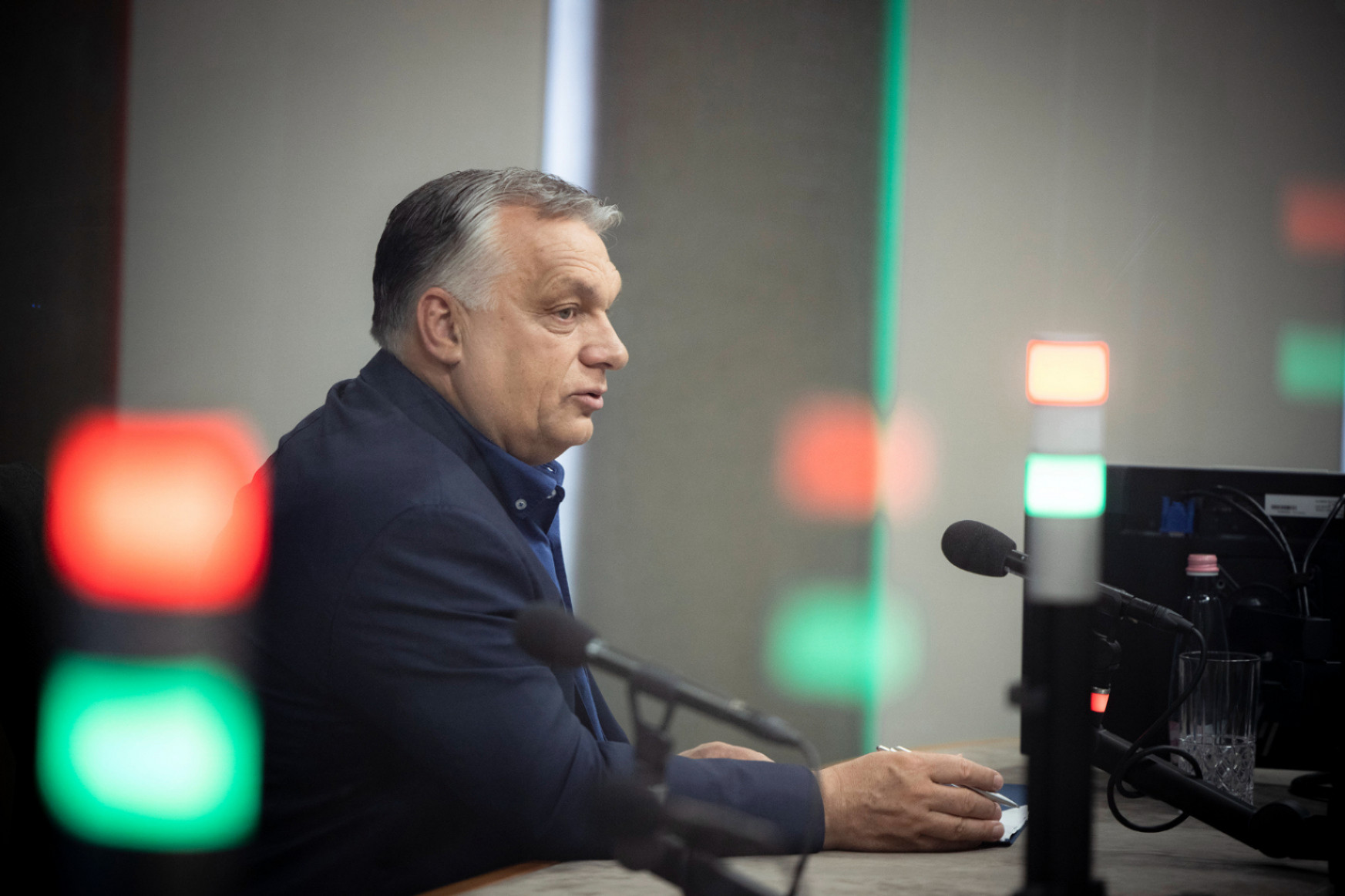 On most Fridays, Hungary’s prime minister gives an interview on one of the state-owned radio stations. Since the independent media has not had a chance to interview him for many years, these weekly radio interviews are the only opportunity to find out what the leader of the country thinks about current events, how he sees his opponents and any issues at hand.

The last ten days were all about diplomacy – Viktor Orbán said at Kossuth Radio on Friday morning, following the NATO summit and the EU summit. “And there was a good reason for this: a worsening situation in the war in Ukraine, the inflation this war has brought, the economic crisis at our doorsteps and the immediate energy crisis” – the prime minister listed the problems.

Brussels has granted EU candidate status to Ukraine, but the Ukrainians must also meet the expectations of the Hungarians before negotiations can start, which could be good news for Hungarians in Transcarpathia. However, Orbán failed to convince the Austrians and Slovaks at the EU summit to also grant EU candidate status to Bosnia and Herzegovina. The prime minister said that many in the EU still do not understand how important it is to open up towards the Balkans.

The alarm has sounded in Orbán’s head

“NATO was a more difficult case” – Orbán said about the second summit he attended. He said that while at the EU summit he only had to warn the others about the union’s sanction policy, at the NATO summit he realized that the members of the alliance have yet to face reality.

“Naturally, everyone is on the Ukrainians’ side”

– the prime minister said, adding that “we are rooting for the side that was attacked”. He said that regardless of what the original dispute between Ukraine and Russia was about, it can not be reason enough for a country to attack another one.

At the same time, he believes that Hungary should stay out of the war, as “this is not Hungary’s war”. In Orbán’s opinion the countries of the West thought that the war against Russia could be won by helping the Ukrainian army with weapons and training.

But weapons are only one part of warfare, and Ukraine is running out of soldiers. Orbán said that despite receiving weapons from Western countries and fighting valiantly, "military realities are slowly kicking in". The NATO summit has not discussed what will happen if the Ukrainian front collapses, but according to the prime minister, the situation is getting worse. The Ukrainian army is losing between 100-1000 soldiers every day.

Although the fighting seems to be very far from us, "the war zone will approach Hungary much faster than most radio listeners might think."

"I came home with the red light constantly on in my head and the alarm bell ringing," Orbán said. He added that he had asked the defense minister, the general staff and all military officers to work hard in the coming months.

The speed of the program for developing our forces must be increased to two to three times its current speed and we must launch a capability development effort very quickly.

"NATO also feels that there is a problem", Orbán continued. That is why they decided to strengthen the eastern wing of the alliance, including Hungary, Romania, Slovakia and Poland.

According to the prime minister, most of the member states truly believe in the policy of sanctions, which is why Hungary has often decided to “go with the flow”, as we don’t want to veto a joint decision every week, since that would disrupt EU unity.

There are some points in which we will not give in – like the question of energy for example – but on some other points, he is willing to let go – the PM explained. He added that if he were to veto everything, he would very quickly lose allies and the opportunity for cooperation with other European states.

According to Orbán, by the way, the word “veto” is a misleading term. Since in the EU decisions are final when all member states agree, “no decision can be made without us” – he added, so there isn’t really anything to veto.

Orbán still believes that sanctions are not the way to go, but we should be aiming for an immediate ceasefire and peace talks instead.

He said that the accelerating inflation can only be halted with peace. In his opinion it would therefore be in Hungary's interest to bring the war to an end as soon as possible.

“Peace would be good for everyone” – he said, adding that for now we are the only ones who have recognized this, and this is why both Europe and America are currently suffering.

Orbán said that it was clear at Parliament on Monday too, that not everyone realizes what is happening. Now is not the time for going ahead. Our goal at this time should be to defend all we have achieved so far – he explained.

2-4 thousand “border hunters” to be recruited by September

While other countries are also affected by the waves of refugees, Orbán said that Hungary is the only country that has refugees coming from our southern border and from Ukraine at the same time. He considers this double burden to be unprecedented, and believes that it would be logical for the European Union to recognise Hungary's special situation and provide support. This would also be in the interest of the other member states, but instead of support we are only receiving attacks about human rights, the Prime Minister continued.

He also said that while last year a total of 400 human traffickers were caught at Hungary’s southern border, this year they have already caught 750. This does not only indicate that more migrants are arriving at the southern border, but also that the scale of their business is increasing. The prime minister expects an even bigger wave of refugees in the coming years, as a food crisis due to Ukraine's missing grain export looms over Asian and African markets.

So far, soldiers and police officers have been deployed to the southern border, but Orbán said that during the war in Ukraine it would be a luxury, and unacceptable for soldiers not to be engaged in training and drills. It has also been a strain on the police who were deployed to the border from different parts of the country. Not only are they missed by their families, but they are also missing in terms of maintaining public order and public security.

The Prime Minister feels that the moment has come to set up the system of "border hunters" (while the terms "border police" or "border watchers" might be a more appropriate term in English, the PM specifically used this term and therefore we deemed it best to leave it as is – the translator). Interior Minister Sándor Pintér was given two months for setting up the new organization. Orbán already spoke about this at Parliament on Monday, but this time he disclosed a few more details.

Between two and four thousand new people need to be recruited and trained.

Other than the physical training they need to go through, they will also need to learn the related legal principles. Orbán said that he wishes to defend the country’s southern border in a civilized manner, but he also said that

one cannot defend themselves against violence with teddy bears and bouquets of flowers.

If the Interior Minister will be able to cope with the task, the border-hunting units will operate within the Ministry of Interior, but Orbán said that he also has plans for other ways of setting up the organization.

Viktor Orbán avoids critical questions at home. It’s been years since he gave an interview to independent media. However, for years, every Friday morning he has been a regular guest on state-owned Kossuth Rádió, where he is interviewed by a leading editor of the public broadcasting service (operating from an annual budget of 320 millions of euros). Katalin Nagy has been almost exclusively the only person to be allowed to interview Orbán on the state-owned channel throughout his third term with a two-thirds majority in parliament. She has received the state decoration of the Cross of the Order of Merit of Hungary and doesn’t shy away from asking questions.

If you want to make sure you stay informed on the most recent news from and about Hungary, subscribe to the Telex English newsletter! It is free, and only takes a few seconds to sign up for!