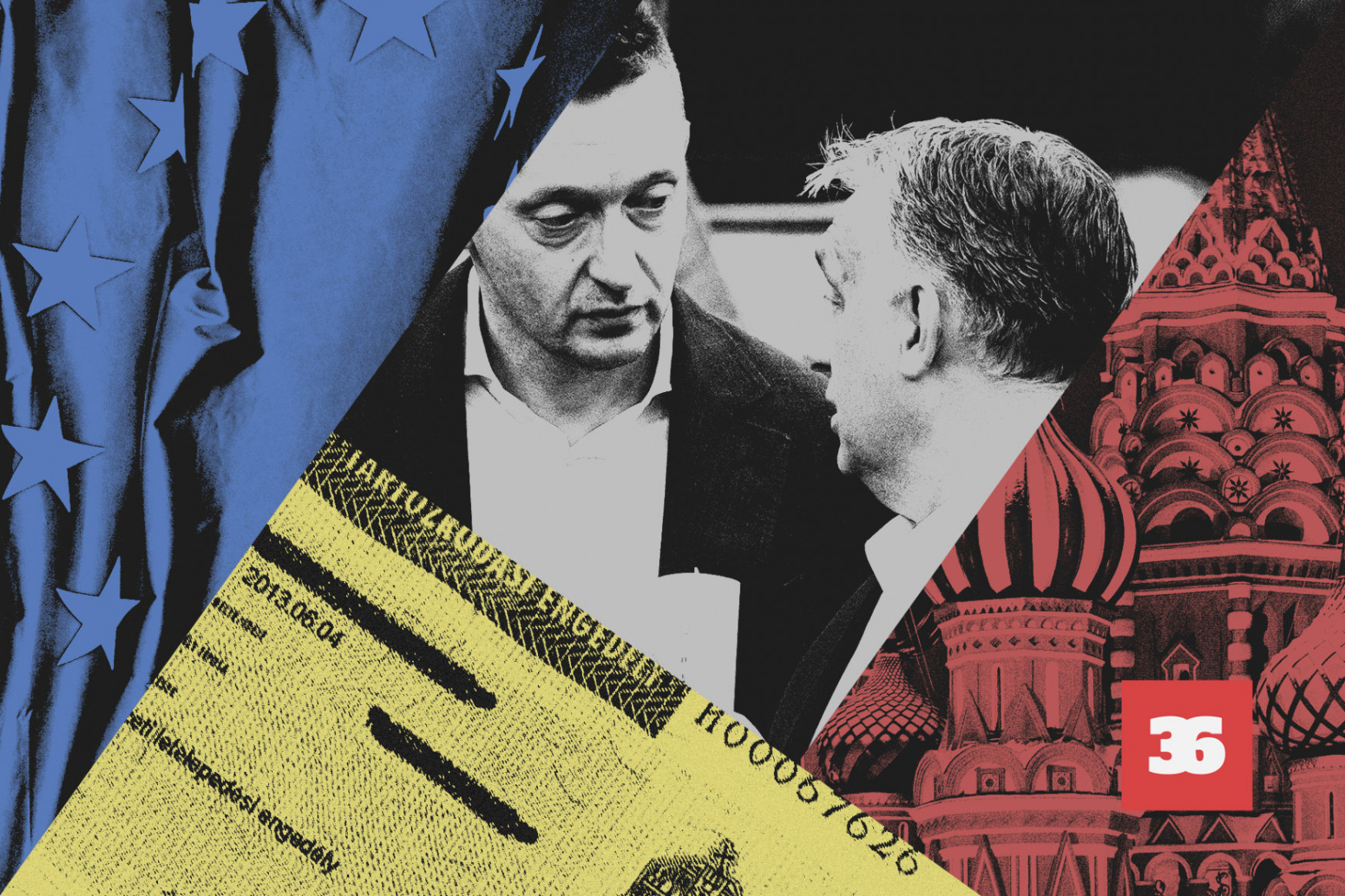 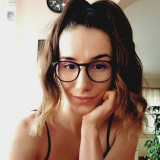 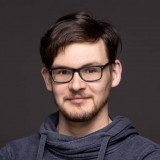 A video recorded in the Kreml was published on February 21st. In this recording, Vladimir Putin is in a meeting with Russian political, military and secret service leaders about the reasons for the upcoming military operations in Ukraine, and the recognition of the Russian-occupied Donetsk and Luhansk regions as independent states.

Putin is seen questioning one of his intelligence chiefs in a stern tone for not taking a clear position on the planned military operations. The man being pressed is Sergei Naryshkin, head of Russia's Foreign Intelligence Service (SVR RF), whom Putin corrects and repeatedly tells to "speak clearly".

Naryshkin is not only interesting because Putin was so stern with him, but also because of his Hungarian connections, which have previously been reported by Direkt36, 444 and Novaya Gazeta. Naryshkin’s son Andrei and several other family members are among the Russian citizens who were granted Hungarian visas via the residency bond programme initiated by Antal Rogán (Head of the Prime Minister's Office).

Other than Naryshkin’s family, several other Russian officials and businessmen connected to the Russian state, as well as their family members were granted Hungarian documents through the program. The bond programme was launched in June 2013 and ended in March 2017 after more than €1 billion worth of sales. According to the Center for Public Debt Management, one of the reasons why the issuing of residency bonds became unnecessary at the time was that the foreign currency debt-to-GDP ratio of public debt was in persistent decline by 2017 and because major international credit rating agencies had reclassified Hungarian state bonds as investment grade.

After Russia attacked Ukraine on 24 February of this year, the European Parliament adopted a proposal in which it called on the European Commission to end such programmes by 2025. The reason given was that these present a number of security risks as they make it possible for potentially dangerous people to settle and move freely within the EU. The proposal also calls on the Commission to oblige Member States to review the residency bonds issued to members of the Russian political and economic leadership and their relatives.

The proposal was accepted by the European Parliament with a large majority. The Fidesz-KDNP EP representatives were not present at the vote, but they supported other EU decisions about sanctioning Russia. In response to a question from Direkt36, Fidesz MEP Tamás Deutsch said that the reason for not participating in the vote was that this issue is clearly a matter of national autonomy, which the EU cannot have anything to do with, and therefore they wanted to use a stronger instrument than abstaining or simply voting against it.

There is one name among the previously identified Russian bondholders, whose name is also on the latest EU and UK government sanctions list. His name is Vladimir Blotsky, and he is a member of the State Duma. He has been sanctioned by the EU since February because he voted in favor of recognizing the independence of the breakaway Ukrainian territories. Due to this the EU froze all his assets, just like it did with Naryshkin who was publicly humiliated by Putin and whose family members have also received Hungarian documents.

Direkt36 has asked several state and government institutions previously involved in the programme whether they are reviewing the Hungarian documents awarded to members of the Russian leadership and their relatives. In addition to the Parliament's Economic Committee, we sent questions to the Center for Public Debt Management (they were in charge of selling the bonds), the Ministry of Foreign Affairs and Trade, the Prime Minister's Office and the Directorate General for Foreign Affairs.

The only ones to respond were the Economic Committee and the Directorate General for Foreign Affairs – both said that they are not in possession of the requested information.

So who received Hungarian documents?

Back in 2018, Direkt36 (in partnership with 444 and Novaya Gazeta) published a list of Russian state officials, businessmen and those connected to the Russian intelligence service who had received Hungarian documents through the Hungarian government’s residency bond programme:

The above names became known when a list was anonymously sent to Direkt36 and 444. However, the number of Russian citizens who were granted residence in Hungary (and thus the EU) is much higher. In 2019 G7 reported that a total of 1265 Russian citizens have purchased Hungarian residency bonds.

Sergei Naryshkin, who was told off by Putin in the video, took over as head of (KGB successor) SVR in 2016. Before that he was the Speaker of the Duma. It was in this position that he was placed on the list of those sanctioned by the EU and the USA in 2014, due to his support for deploying Russian troops to Ukraine (these sanctions are still in effect).

His son Andrei Naryshkin has not held public office. According to available information about him, he is a businessman. According to a Russian website, the now 44-year old started two companies with a partner at the end of the nineties, but both of those were later liquidated. Later, between 2012-2013 he was on the board of directors at FGC UES, a company overseeing Russia’s electrical grid, which – among others – took part in providing power for the Winter Olympics in Sochi in 2014. The Directorate General for Foreign Affairs (back then called the Immigration and Refugee Office) in Hungary had previously confirmed for Direkt36 that they did indeed have a client by the name of Andrei Naryshkin.

The same office has also admitted that they had issued documents for a Dimitry Borisovich Pavlov. Among others, Pavlov made it into the press when he celebrated his fiftieth birthday at the “Oko Tower” in Moscow and a shootout broke out: one person was killed, and five were wounded. Pavlov is currently the director of a company called Yurfinkollegiya, which operates shopping centers. According to his introduction at the company’s website, he is an academic with multiple awards who often contributes to charity. For example, he has supported building churches, and has helped orphans and war veterans.

Also in possession of Hungarian documents is Vladimir Blotsky, a current member of the State Duma who was included in the EU’s list of those sanctioned in early March. In 2018, when asked by Novaya Gazeta, Blotsky claimed that he had given up his Hungarian papers after becoming a member of the Duma in 2016, since Russian law prohibits high-level Russian officials from acquiring citizenship or residence permit documents of other countries.

Other than Blotsky, Andrei Kalmikov also admitted to having purchased bonds as part of the Hungarian government’s program. Kalmikov, who is president of Pobeda (the Russian state airline Aeroflot’s budget airline) stressed that he needed the documents for traveling, and added that since he himself is not handling state secrets, he did not violate any Russian law by purchasing Hungarian residency bonds.

The list which was sent to Direkt36 and 444 also includes the names of Russians who are in possession of Hungarian documents, but in whose case it is not clear whether they received them through the bond programme. Such is for example the case of a former member of the Duma, Iliaz Muslimov. He also admitted to acquiring documents entitling him to residing in Hungary, but added that he got them when he was no longer a member of parliament. Muslimov was a member of Russia’s governing party between 2011 and 2017, and he even worked on Putin’s presidential campaign during that time.

A source of Novaya Gazeta claimed that one of the Deputy CEOs of the Russian gas giant Gazprom, Aleksei Jankevich had also received Hungarian residence documents, but it hasn’t been confirmed whether he did so through the bond program.

On 9 March, the European Parliament adopted the legislative proposal on the review of residency bonds. The EP’s press release states that EU citizenship cannot be treated as a commodity, which is why Parliament wants EU Member States to – through a centralized regulatory system – first restrict and then completely phase out visa programmes that grant residency rights to non-EU nationals.

The proposed package also recommends that EU governments “review all approved applications from recent years”, specifically with the aim of ensuring that no individuals connected to the Russian state would be able to retain their EU citizenship. The European Parliament will have no further responsibility with the proposal, it is now up to the European Commission to decide on the legislation.

While the EU continues to introduce increasingly severe economic sanctions against Russia and its citizens, Hungary has rejected several elements of the EU’s sanction politics, and has done so with tools more serious than simply staying away from a vote.

This is what happened in the case of the sixth sanctions package as well. On Wednesday 4 May, European Commission President Ursula von der Leyen announced a proposal for a new sanctions package against Russia, which included a ban on Russian oil imports by EU countries. The Hungarian government firmly rejected this proposal citing, among other things, the different conditions within the energy supply systems of member states.

Under the political agreement reached on 31 May, the Russian embargo included in the EU’s sixth package of sanctions will only apply to shipments arriving on tankers and will not apply to oil entering Europe by pipeline. One day after the agreement was reached, on 1 June, the Hungarian government vetoed the sixth package of sanctions again – this time protesting against the EU's freezing of the assets of Patriarch Kirill, the leader of the Russian Orthodox Church. In response to pressure from Hungary, the church leader's name was removed from the list of those sanctioned.

This article is part of a partnership between Telex and Hungarian investigative journalism center Direkt36.