Fidesz went all in for the future of Europe, but the excitement shifted to anger 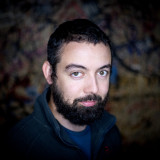 The Hungarian government is disappointed with the outcome of the conference on the future of Europe, even though the organizations in its orbit took an active part in it. In spite of this, the attempt to channel the views of EU citizens may not have too many practical results, as the member states' governments exsanguinate the proposals through the EU's decision-making system.

How to bring the European Union and its citizens closer together?

The question went from being theoretical to a very practical one with the 2016 Brexit referendum in the UK, and this forced EU politicians to take a closer look inside. One result of this was the announcement made by the Franco-German "axis" of the European Union at the end of 2019 that in their opinion an assembly should be held in order to channel the views of citizens. The plan was designed to avoid the text being born out of the bickering of politicians behind closed doors – as usual. Instead, they attempted to include those living in the EU, building from the bottom-up.

They would thoroughly revamp the EU

Finally, on 9 May this year, the plenary session of the conference compiled the final results into 49 points – and within them included a few hundred proposals for action.

Some of these would only change small things: such is for example the idea for renaming the EU’s governing body, the European Commission, and there are also examples of generalities such as the strengthening of social dialogue or reducing the use of pesticides. Just like in the case of the petitions of the EU's European Citizens' Initiative, they managed to submit proposals regarding areas where the EU's powers are weak, such as affordable nurseries or the creation of joint EU sports teams.

There were also ideas for radical changes, such as allowing MEPs to propose legislation and making almost nothing subject to a unanimous decision of the Member States, which would mean that no country could veto foreign policy decisions, for example. (Previously, foreign- and home affairs, as well as justice affairs required unanimity as the EU's intergovernmental pillar, but the latter has been moved to qualified majority voting.) EU referendums could be called, and common supranational lists could also be voted on in European Parliament elections, some of which would thus select new MEPs. The document would also open the debate on a common EU constitution.

There was constant debate, half of the EU freaked out

It was precisely these suggestions for deep transformation which brought about the biggest debates. According to one study, more than a tenth of the ideas would transform the EU to such an extent that the Union’s two basic treaties would also need to be modified. The governments of almost half of the member states objected to this on the final day of the conference. The letter states that the conference never intended to tinker with the treaties in the first place, and while they are not ruling out any possibilities for the time being, they

“do not support any impulsive and early attempts” for the rewriting of the Basic Treaties.

Although most of the signatories along with the Nordic countries have joined since 2004, Hungary was not among them. This is in line with some statements by Viktor Orbán, who has previously been unafraid to raise the issue of changing the quasi-constitution, although he would go in the opposite direction to the conference, making the EU more intergovernmental. Emmanuel Macron of France and Mario Draghi of Italy are currently the main figures arguing for a change.

Since the EU’s founding in 1993, some patching was done every few years, but the Treaty of Lisbon was the last time when the quasi-constitution was disturbed. It was a bitter experience for EU politicians when a document salvaged from the wreckage of the proposed Constitutional Treaty failed in a referendum, just like its predecessor. After a few amendments, it was only at the second attempt that the Irish electorate managed to swallow the text, and from then on everyone carefully avoided amending the Treaties. This is most likely what German Chancellor Olaf Scholz was referring to when he remarked that although the subject is not a taboo,

"but if there's one thing we don't need right now, it's the contentious and time-consuming navel-gazing on institutional issues".

The debates surrounding the conference did not start with the questions about the rewriting of the Treaties, however. In fact they even preceded the beginning of the conference itself. The wrangling started about the question of who would preside over the conference, because the frontrunner, Guy Verhoftadt, who is one of the leading voices of the liberals in the EP was too much of a federalist for some. In the end Portugal’s State Secretary for the EU, Ana Paula Zacarias was placed alongside him, which also provided the gender balance.

The right-wing conservative and far-right groups objected to the final conclusions because – in spite of the citizens’ participation – in their opinion, they do not reflect the true will of the European peoples.

The Hungarian government boasted about participation but found the results disappointing

The Hungarian government came to much the same conclusion – despite the fact that during the process it proudly talked about the heavy involvement of Hungarians. Drawing on data from an EU analysis in February, government officials regularly brought up that the number of Hungarian contributions to the digital platform was among the highest in terms of population, and that the more than 800 events held were the most in total out of all member states.

The enthusiastic organizing had also spread to the pro-Fidesz heartland, although the reasons for this may have been quite simple. The Hungarian investigative journalism site "Átlátszó" reported that the state-owned Bethlen Gábor Fund Management Zrt. had given the Civil Convergence Forum Foundation 3 million Forints for events related to the conference.

According to the conference’s website, the six Hungarian discussion groups were organized by the likes of Nézőpont Intézet (pro-Fidesz research center), the Center for Fundamental Rights (Alapjogokért Központ) and Századvég Alapítvány.

The conference included the government's biennial summit on demographics, but there was also a discussion held at Mathias Corvinus Collegium (which had received 500 billions of forints from public assets), where Gergely Gulyás, Minister of the Prime Minister's Office, expressed his views on issues of importance to the government in the company of András Schiffer.

But the conference did not only inspire organizations close to Fidesz: there were also university debates, programmes on diabetes, mentoring and even e-sports.

Given the broad public involvement, it might even be surprising, but the result has left Fidesz politicians and government members disillusioned. At the EU level, "the conference has failed: the EP used the event for its own petty political goals, making recommendations that ignore the interests of nation states", Justice Minister Judit Varga opined on Facebook.

"The Commission's series of conferences [the event was organized under the auspices of the European Parliament and the Council of Member States alongside the European Commission – the author] has been taken hostage by a hegemony of liberal opinion, which is trying to use the opinion of European citizens as a pretext for presenting its own ideological aspirations as democratic will and will use this to blackmail the Member States."

– said the Justice Ministry’s email later on, which also included the Facebook post about her interview at the state-owned Kossuth radio. Fidesz MEPs voted “no” on the resolution about the conference (György Hölvényi of KDNP abstained).

What will come of it is up to the governments

Perhaps this already shows that the proposals will not have a clear path towards implementation, but even if they do not require a treaty change, it will not be a smooth ride.

Since there is no obligation to turn ideas into legislation, even if they do make it as far as the EU’s decision-making process, they can easily get stuck in it.

“Let us be honest: it will require much pressure if these proposals are to become practice” – Guy Verhofstadt said about the matter.

Decisions about the proposals are to be made by the Council made up of EU governments, normally along with the European Parliament, but on some issues, the decision must be unanimous. The EP seems enthusiastic and has backed the outcome in a non-binding resolution, so it looks like it will be up to national governments to decide how much practical effect this experiment to involve EU citizens will have.

This article is part of a V4 collaboration organized by Visegrad Insight, with participants being Denik.cz from the Czech Republic, DennikN.sk from Slovakia, the Polish Res Publica Nowa and Onet.pl, as well as Telex.hu from Hungary.