The European Commission has sent a formal note to Hungary: the Rule of Law Mechanism has been launched 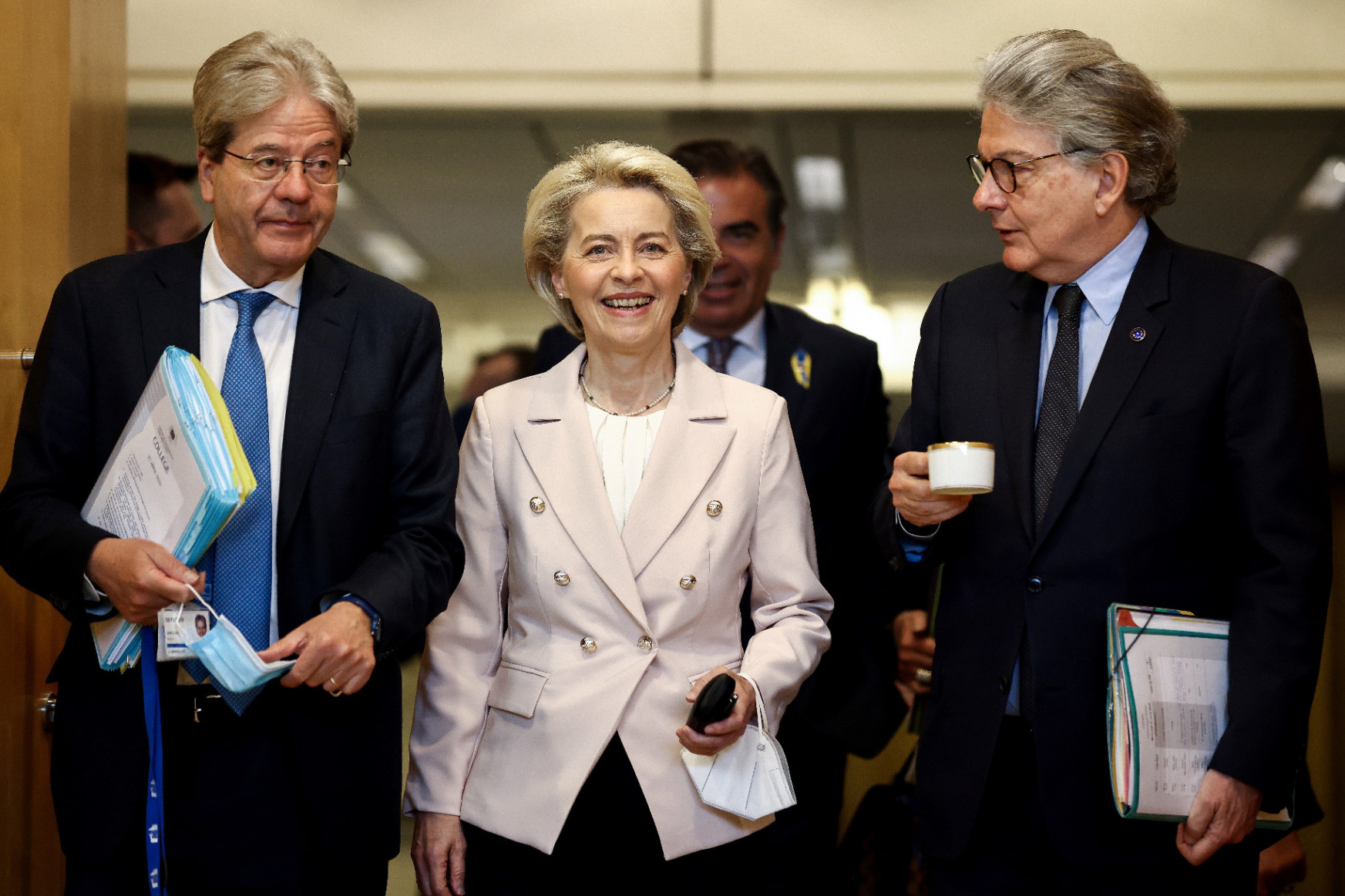 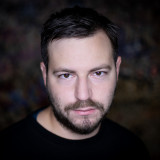 The European Commission announced on Wednesday that it had formally launched the Rule of Law Procedure against Hungary, which it had indicated would happen in early April. This is a mechanism whereby the European Commission can withhold EU funds from member states if they fail to respect the rule of law requirements they committed to when they joined the EU or which are enshrined in the EU's founding treaty. The launch marks the beginning of a 6-9 month process and if it is proven that there is a direct breach of EU financial interests in Hungary, the country could be penalised by the suspension or blocking of part of the EU funds.

Johannes Hahn, the Budget Commissioner of the EC has sent a formal notification to the Hungarian government stating that the Rule of Law Mechanism is being launched against Hungary. This was announced on Wednesday by the Commission’s Vice President, Margaritis Schinas at a press conference held in Brussels.

It had been reported earlier that the EU Commission is expected to approve the launching of the Rule of Law Mechanism, and that Budget Commissioner, Johannes Hahn would send a formal written notification from the Brussels body to the Hungarian government on the same day. This was done, and in its letter, the Brussels body summarised concerns which give them reasonable grounds to suspect that Hungary "may not be complying with the rule of law regulation, may not be respecting the rule of law and may be at risk of corruption in the country" – and they feel they have no other means to address this.

As previously mentioned, this marks the beginning of a 6-9 month period. If it should be proven that the EU’s financial interests are directly harmed in Hungary as a result of breaching certain rule of law standards, then the European Council, which is made up of representatives of the national governments of Member States may penalise the country by suspending or blocking some EU funding.

At the same time, the decision makers in Brussels are emphasizing that the goal of the process is not to sanction Hungary, but rather prevention and the settling of problems by negotiation. Johannes Hahn said so earlier and EC officials confirmed on Wednesday that they are not planning to take financial steps, and due to this it would be too early to talk about amounts. In the first round, what the Commission expects is changes to the national legislation so that it is brought in line with EU laws.

And if it did come to sanctions, then according to the regulation, the possibility of fund withdrawal will apply to EU funds received by Hungary after 1 January, 2021.

They want to talk, but if no agreement is reached, they will move on

In a preliminary briefing, Commission officials said that today is a very important day for them, as it is the first time they can talk about the implementation phase of the rule of law mechanism. "This does not mean that the regulation was not in place before, but now it is visible," said the EC official.

Commission officials see serious issues in Hungary among others in the area of agricultural subsidies, public procurement irregularities, financial oversight, accountability and corruption. They have gathered evidence about these concerns, and have referred to the government's actions against independent institutions as an aggravating circumstance. "There has been ongoing, long-standing abuse for more than a decade."

They stressed that the procedure being launched is strictly administrative and not criminal, and added that their letter of notification has no legal effect, and the sole intention with it is to open the first round of negotiations between Hungary and the European Commission.

After the letter has been sent, the Hungarian goverment will have two months to respond to the Commission’s concerns and Brussels hopes to achieve an agreement in resolving the concerns, but “if this should not happen, we will move on”. Once the Hungarian government will have responded, the Commission will then have one month to react and send a new notification to the member state concerned. In case the body is not satisfied with the government's second response, "the Commission will pass the ball to the Council, which will decide by qualified majority whether to adopt the measures proposed by the Commission".

There was little mention about what specific measures Hungary could expect if no agreement is reached by the end of the procedure: the officials stressed that the goal is not to introduce sanctions against member states, but to take administrative action. While they did not want to talk about the size of a possible fine on Hungary, they said that if a penalty were to be imposed, the impact on the EU budget would be taken into account and a proportionate fine would be envisaged.

The case has been going on for several months

The essence of the Rule of Law Mechanism is that the EU Commission can withhold funds from Member States if they do not comply with the Rule of Law requirements they had committed to when joining the EU, as well as the requirements stated in the Treaties. The EU institutions and the heads of state approved the legislation about this in December 2020, but the Polish and Hungarian governments submitted an action against it in March of 2021.

For the past year, because of the proceedings, the Commission did not launch the Mechanism either against Warsaw or Budapest, even though during this time Poland became embroiled in more serious legal disputes with the EU institutions than ever before, and last summer, Hungary’s parliament passed anti-gay legislation unprecedented in the EU.

Last December, the Advocate General of the ECJ proposed that the court dismiss the actions for annulment lodged by Poland and Hungary, and this February, the Luxembourg body ruled in favour of the European Commission. According to the Court's reasoning, the Mechanism Regulation would indeed withhold funds from the EU budget – although this would not punish violations of the rule of law, but would protect the EU budget.

The court adds that the joint identity of the EU Member States is based on respecting such shared values as the rule of law and solidarity – and the EU must be able to defend these values within its own competencies.

“Abiding by these values cannot be reduced to an obligation which a candidate country must fulfil in order to join the Union and from which it can be exempted after accession."

Official steps were only taken after the election

Although after the case was closed, MEPs again called for the Mechanism to be launched immediately, the Commision still asked for time to adopt the guidelines that would clarify the practical application of the legislation. This was finally adopted on 2 March, removing the last obstacle to the application of the rule.

However, the European Commission had repeatedly hinted that there would be no decision made prior to the April parliamentary elections in Hungary. A day after the 3 April elections, EU Budget Commissioner Johannes Hahn had indicated that the Mechanism would be launched against Hungary, and this was officially confirmed a day later before the European Parliament by EC President, Ursula von der Leyen.

The Commision took the first informal steps towards launching the Mechanism last November, when it sent a letter to the Hungarian and Polish governments. In the letters, the EC posed questions to the official Budapest about corruption, and asked Warsaw about judicial independence and respect for EU laws.

Even at the announcement made in early April, Von der Leyen spoke about the Commission's deep concern that the EU’s financial interests are being harmed in Hungary, since specific corruption concerns were left unprosecuted. At the same time in Poland, problems were identified within the country’s judiciary – but since these do not affect the EU budget, for the time being, no procedure will be launched against Warsaw.

Following the announcement from Von der Leyen, the government reacted to the news of the Mechanism being launched as if it were a sort of “revenge” from the Brussels body for the election result and the result of the referendum.

Gergely Gulyás, Minister of the Prime Minister’s Office said that the EC is making a mistake by “singing the same song as the Hungarian left”, and asked that the EU body “not to punish the Hungarian voters” for expressing an opinion about the anti-gay legislation (at the elections) which is “disliked” by the Commission. Justice Minister Judit Varga said the same exact thing word for word, adding that the Hungarian government is awaiting the formal notification with specific details, and if there is one, they will respond.

This formal notification has now happened, and the Hungarian government will have three months to respond to the Commission's questions.

To stay up to date on current events in Hungary, subscribe to the Telex English newsletter!