Hungarian Embassy in Kyiv: The accusations of the Ukrainian Deputy Prime Minister are unfounded and offensive 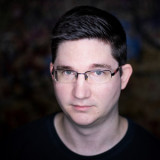 The Hungary’s embassy in Kyiv reacted to Ukrainian Deputy Prime Minister Iryna Vereshchuk’s Tuesday Facebook post, in which the politician – among others – expressed her grievance over the fact that Hungary is not sending weapons to Ukraine. Vereshchuk also said that the Hungarian government’s rhetoric is not far from being openly pro-Russian, and that the reason for this is most likely that Russia promised Transcarpathia to Hungary.

In their reaction, the embassy wrote that they were surprised and shocked to read Mrs Vereshchuk’s words. “Like other members of the country’s leadership, the Deputy Prime Minister is doing an excellent job in a tragic situation as Ukraine fighs a heroic battle against aggression. Under such circumstances, the heightened emotional mood is understandable. Even so, this must not provide a basis for unfounded accusations and baseless defamation” – states the communication from the embassy.

“The Deputy Prime Minister listed what Hungary is not doing in the present situation, and is looking for the reasons. Her conclusions are not only false and unfounded, but also downright insulting – unfortunately though, these clichés have been successfully planted in Ukrainian public opinion for a long time. Although it is not the first time this has been mentioned, it is still especially sad that these speculations include the Transcarpathian region and the Hungarians living there” – they write.

After this, the embassy turns to what Hungary and the Hungarian government have done for Ukraine and those who have fled since the outbreak of war.

“The current tragic situation requires unity and the unwavering support of one another. Let us not look for enemies where there are none” – concludes the Hungarian Embassy in Kyiv.