My husband stayed at home to watch over our house. And Kyiv. 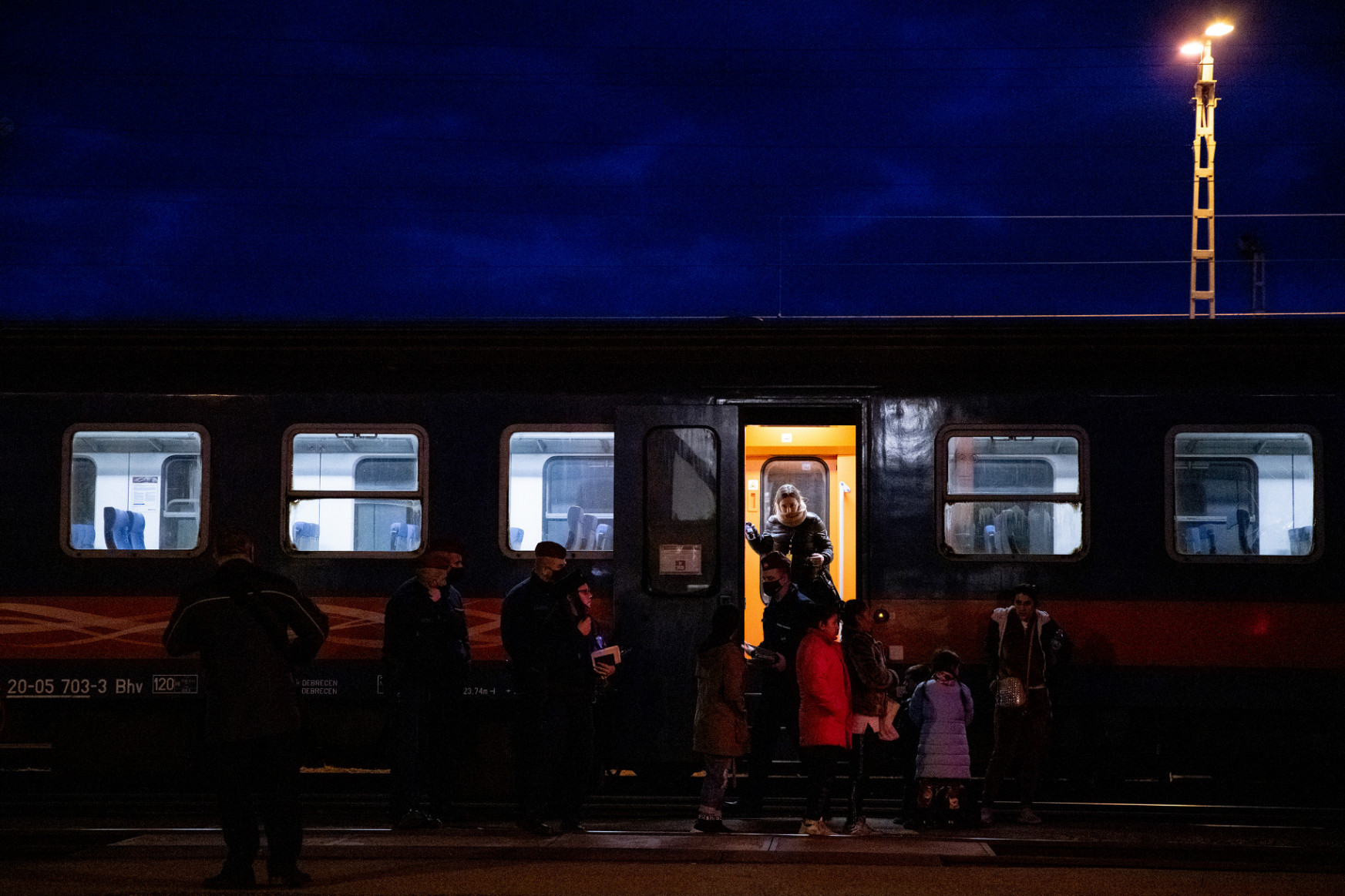 Refugees arriving from Ukraine to the Záhony train station. 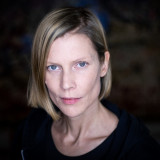 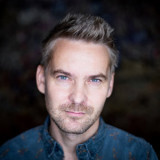 „Will there be war in Hungary too?”

– a woman from Kyiv approached my colleague with this question on Sunday evening at the train station in Záhony. She was around 60 and she and her daughter were waiting for the train to Budapest. She spoke Hungarian well, as she had worked in Hungary for a while about 30 years ago.

She told us that she did not plan to leave Ukraine, but one morning she was woken up by a terrible noise, and when she opened the window, she saw that the house opposite hers had been hit. Even after this, she would have stayed, but after the curfew restrictions kept getting stricter, her daughter was begging her to leave: „Please, let’s leave Ukraine, I am really scared”. So they packed what they could, and left. Thankfully, they have an acquaintance in Budapest who will gladly put them up for a while. The woman told us that she still can’t believe that war had broken out.

On the bench next to them, another woman from Kyiv was sitting with her young children: a boy and a girl. She told us in broken English that they drove to the border, but had to leave the car on the Ukrainian side and came across by train, because the line for coming across by car was a few kilometers long. They have been in Záhony for a day now, and are waiting for a distant relative to come from Belgium to pick them up. Her husband did not come with them. As she said:

„My husband is watching over our house. And Kyiv.”

Until Sunday afternoon, close to 80 000 people had crossed into Hungary from Ukraine. Many have crossed at Záhony with a story similar to this one – irrespective of where they had come from: Ukraine’s interior, or from the neighboring Transcarpathian region. Those who had no idea where they would go, those who were going to the temporary shelter provided in the small log cabins near the river, or were being received by acquaintances or relatives, and even those who had reservations at a hotel for a few weeks – all had one thing in common: their fear of war.

By Saturday, the waiting room and the area around the Záhony train station had become filled to the brim with refugees. From here, those who have left Ukraine leave in various ways and in various directions. Part of them temporarily take shelter at the reception centre hastily set up by the town until someone comes to pick them up, or until their family members or acquaintances also cross – and then they leave together. There are those who – as in the above example – have someone waiting for them at the train station and immediately travel on, but many are taken to so-called registration points: these are mainly those who do not have Hungarian documents, and they don’t have anyone waiting for them and also lack funds for traveling on.

We visited one such location, Mándok on Sunday. The classrooms at the local school have been set up for receiving the refugees, and by Sunday, around 300 people had come through here.

As soon as the refugees are brought by buses, they test them for Covid, and after police officials have checked their papers, they are directed to the school gym, which is now filled with mattresses. It is here that they wait to see what is next. On Saturday, many were waiting with Hungarian, Czech and Austrian cars to pick up their acquaintances, but in the early evening on Sunday there were lots of people coming in who had nobody waiting for them.

One thing which was very conspicuous: locals kept arriving on foot bringing bags filled with supplies, and there were others coming with cars filled up with food, clothing, diapers, and everything else that might be needed in this situation.

We were received by László Pekó, mayor of Mándok, who showed us the reception centre, but we were not allowed to take photos inside. At the time he was expecting the arrival of the head of the school district so they could decide if the school can open somewhere else this week and if so, what can be used instead of the classrooms which are currently shelterig refugees. They were also considering the possibility of the school moving to online education. He showed us where the medical checkup is done, where the refugees' papers are being processed, as well as the gym that was being filled with mattresses. He emphasized that they were even able to provide a pillow with each mattress, thanks to the locals and others from the region, but added that in the last day and a half people have brought packages from as far away as Kecskemét and Hungary’s Transdanubian region.

At the time of our visit, a group of 25 people were waiting to be transferred to nearby Dombrád where the disaster response authority has designated log cabins in a resort area near the Tisza river for the refugees. The financial situation and social standing of refugees arriving to Hungary is varied. Locals have told us that those who are well-off have rented rooms in wellness hotels for a few weeks and will be waiting there, while there are those who are being picked up by relatives or friends living in Western Europe, and then there are those who did not have any plan or anywhere to go when they left their homes – they just wanted to leave Ukraine.

We encountered one such group in Mándok and accompanied them as far as the log cabins in Dombrád. They did not speak Hungarian nor English, only one woman spoke broken Hungarian. She told us that they are from a settlement near Uzhhorod, and since they are all members of the same extended family with lots of children, they asked to stay together. „The thing is, that those who stayed here are the ones who have nothing. Those who were poor over there are in the same shoes when they come here.” – a volunteer commented as we took off with the bus. The day before, the volunteer had asked a woman from Transcarpathia why she had left, when the war is far from her region. She answered: „It is not here yet, but it might be here in two days.”

Other than the group from the outskirts of Uzhhorod, there was also a young Nepalese man on the bus. We were able to briefly speak with him and he told us that he started some sort of training in Uzhhorod a few months ago, and is completely in shock about the war. He now wants to get to Portugal, but for now has to stay in a log cabin by the Tisza river while his asylum application is processed. He made it clear that his experience in Ukraine has been far from good: no work, no pay, the roads are terrible, and corruption is flourishing. As he defined it: „Police? Only money! You pay money, no problem, you go.”

After a half-hour journey on the bus, we arrived at the campsite where heated log cabins awaited the arrivals. We were able to speak with the manager of the site who told us that the disaster response authority had surveyed the area to see where they could house refugees. This is how the log cabins were chosen, but the local bed and breakfast accommodations are also full, as the better-off guests have rented rooms there.

They generally rent a room for 2-3 days, and relatives and friends wait for each other there before setting out for Budapest or family living somewhere in Western Europe. Most of these guests are not from Transcarpathia but from the interior of Ukraine.

Meanwhile, the families were beginning to settle inside the cabins. They would be spending this night here for sure, but nobody knows how long they will stay. The campsite manager offered to arrange for them to be driven to the nearby village in case they need to go to a bank or the store. Dinner was at 7 pm.

We took the bus back to Mándok, where the the mayor, the staff of the municipality, the police, and the medical personnel were taking a breather as they waited for the next wave. At the time it looked like they would have a few quiet hours.