What is Hungary’s procedure for secret surveillance? 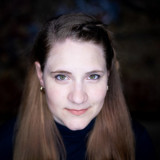 On Sunday, we learned that Hungarian citizens were also affected by the international scandal involving Pegasus, a surveillance software developed by Israeli cybersecurity firm NSO. As Telex's investigative partner, Direkt36, found, there were 300 Hungarian phone numbers on the 50,000-strong list of Pegasus' potential targets, including those of journalists, lawyers, and other figures, all critics of Orbán's government.

This video has English subtitles. If they are not visible, turn them on in the video settings.

Shortly before the Pegasus scandal broke last Sunday, a reporter of Le Monde, who took part in the international investigative effort, asked the Hungarian Minister of Justice, Judit Varga, if she would ever authorise the covert surveillance of journalists or members of the opposition. Outraged, the Minister labelled the question a provocation, and later, her press officer called on Le Monde not to publish her answer.

On Wednesday, Varga explained to Telex that her ministry is not responsible for evaluating possible surveillance requests by national security standards as the services are under the professional supervision of the Ministry of Interior Affairs and the Ministry of Foreign Affairs; her ministry is merely responsible for ensuring that all the legal prerequisites are in place. She added that the actual approval and signing of these requests is the competence of her undersecretary, Pál Völner.

Sándor Pintér, the Minister of Inferior Affairs, told Telex on Monday that the Hungarian national security services had not engaged in illegal surveillance since 29 May 2010.

But what constitutes legal surveillance in Hungary, what agencies can conduct such operations and with whose authorisation? We gathered the answers to these questions with the help of legal experts from human rights advocate group Civil Liberties Union (TASZ).

What agencies can legally conduct covert surveillance operations in Hungary?

There are four national security agencies that can engage in such activities, namely,

Besides these organisations, the Counter-terrorism Centre (Terrorelhárítási Központ, TEK) can also engage in secret surveillance. TEK operates as a separate part of the Hungarian Police, and as such, it is under the supervision of the Minister of Interior Affairs.

What is required for ordering secret surveillance against a target?

By law, secret surveillance may be approved if any of the agencies above require information for their work that cannot be obtained any other way. As TASZ points out, this leaves the regulation extraordinarily vague.

Who can be targeted with secret surveillance in Hungary?

Anyone, as the law does not contain any provisions that would prescribe assessing the risks of surveillance or the lack of surveillance. There are no restrictions on surveilling certain professionals, nothing that forbids wiretapping journalists or even lawyers, and there are no extra prerequisites in their cases either.

Who approves secret surveillance in Hungary?

The Minister of Justice has the final word, currently Judit Varga. It is worth noting that this goes against the European Convention on Human Rights; in a 2016 ruling, the European Court of Human Rights was not convinced that this procedure contains sufficient safeguards, judging:

“Given that the scope of the measures could include virtually anyone, that the ordering is taking place entirely within the realm of the executive and without an assessment of strict necessity, that new technologies enable the government to intercept masses of data easily concerning even persons outside the original range of operation, and given the absence of any effective remedial measures, let alone judicial ones, the Court concludes that there has been a violation of Article 8 of the Convention.”