We just want a vaccine — it doesn’t matter which one 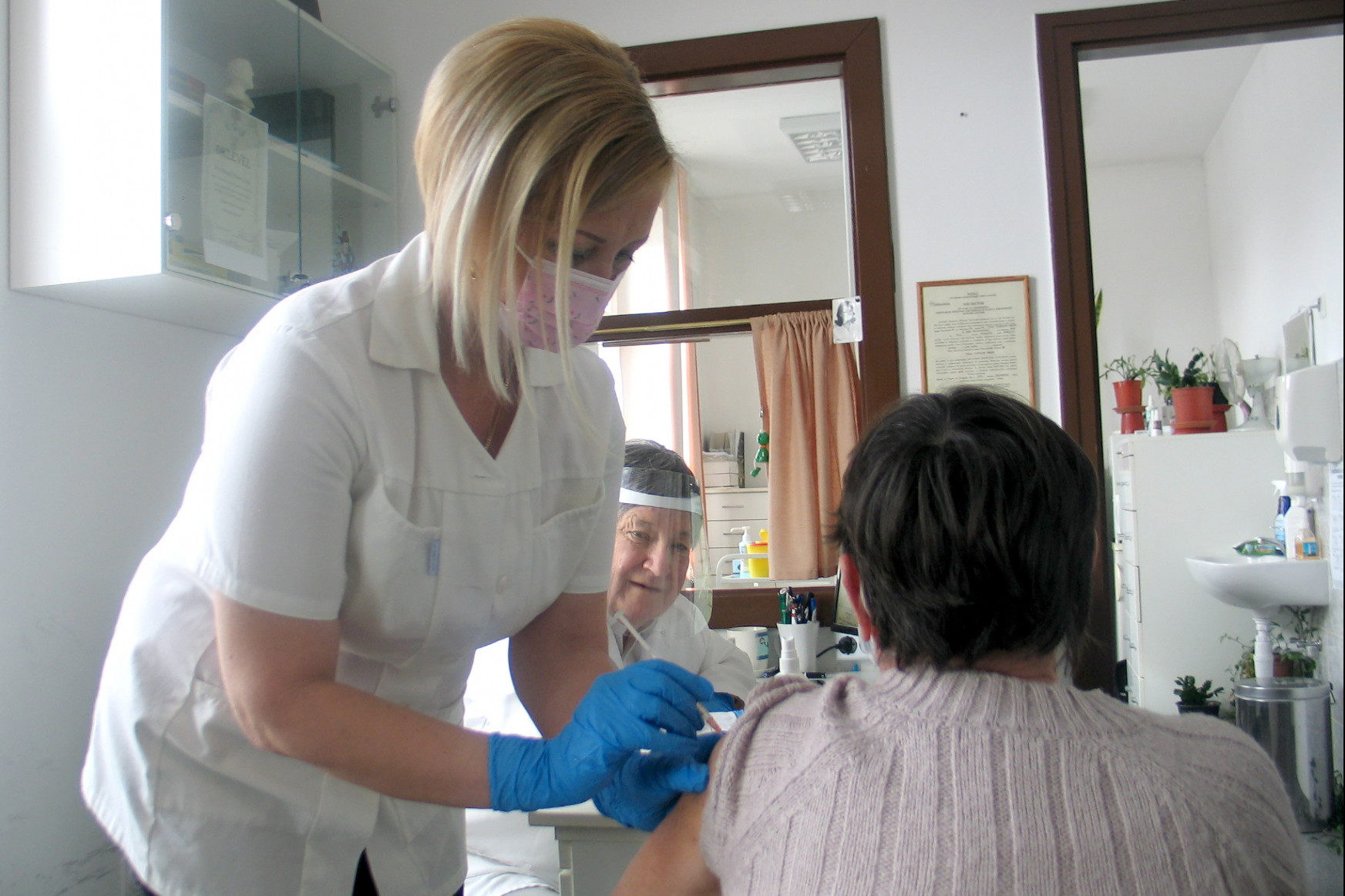 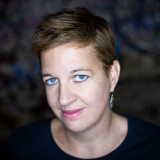 “Anyone with a temperature or diarrhoea or who is pregnant should go home as we won’t be giving them a vaccination.” The elderly couples arriving at the vaccination centre in Tápszentmiklós smile to see their GP, Dr Dénes Csaba Németh, in his element. They are a little nervous that they are getting their jabs. Seventy doses of the vaccine have arrived in the western Hungarian village: 10 of the Moderna vaccine and 60 of the Chinese Sinopharm. Two people in the village have so far refused the Chinese vaccine. Everyone else has said they would take it, because their life is more important than everything else. The third wave has swept aside their remaining doubts as our report reveals. Translated by Charles Hebbert.

Tápszentmiklós, with close to 1,000 inhabitants, lies about a half hour’s drive from city of Győr. Heading north out of the village you pass the imposing abbey of Pannonhalma. József Kovács, the mayor, says the village has about 200 pensioners, and generally they are the ones who are being vaccinated at present.

The village is a welcoming place — one reason why it has managed to keep its school. Thirteen years ago, when falling roll numbers threatened the school’s survival, the mayor advertised for large families to come to the village, saying they would receive a home and a friendly welcome. People came from all over the country, and the village built a housing development for the young families.

The surgery near the Sunlight housing development is where people come for their jabs. “We’re now doing those in their sixties,” said Dr Németh’s assistant, Renáta Gombos. She can’t say more as the doctor has begun addressing everyone.

“The Chinese vaccine is much better, it is much less bother,” he says. He explains that the Pfizer and Moderna have to be at the right temperature, and given in exactly the right amounts — “but they haven’t given us the right syringes. The ones we have are too big for me to measure the amounts precisely. We have had to use ’flu syringes.” The Chinese vaccines come ready prepared.

They printed out the 30 pages of instructions that Moderna sent. “Everything is there, very Anglo-Saxon. They have written down all the possible side effects, so they can’t be sued, as happened with the cat that was put in the microwave. They even included fainting at the sight of a needle, though I wouldn’t have listed that as a side effect.” He adds on a more serious note: “We do have medicines for anaphylactic shock and a defibrillator too, as we do for any vaccinations.” Then he tells the story of the only case of anaphylactic shock in his working life: “It was 40 years ago, and it happened to my sister-in-law, but that’s the way it goes, always a relative.”

They are all fine once they are inside us

In Tápszentmiklós, as in all the surrounding villages, it is mainly Sinopharm that has been used. That was what they got last week, and that is what they mainly have now. He says he has no reservations. “For 50 years I used Russian vaccines and, as I have said, with that one exception I have never had any problems. The 80-90% efficacy is very good, much higher than what influenza jabs achieve.”

The he draws on a football parallel: “With a football, it doesn’t matter what kind of pump we use — the main thing is that there is air inside it. In the Chinese vaccine, as the song goes, we have the head, shoulders knees and toes of the virus – or rather viral particles that have been killed; in the Western vaccines we just have the viral genetic code as a thorn to trigger the immune system. But both approaches are fine. Especially once they are inside us.”

What is written on the back of the ventilator?

When asked about the two locals who refused the Chinese jab, he says: “When one of them came, someone who works in the hospital in Győr told the man that if he ends up in intensive care, he should look at that is written on the back of the ventilator. There it says: Made in China.”

The locals are filling out the forms in the waiting room, which they find a challenge. The mayor, who received the Chinese jab a few days earlier, helps out.

People working at the vaccination centre in Győr say the old people there often don’t know how to fill in a form. “If we send a patient, we print out the form for them, and their list of medicines as well,” says the assistant. “Our colleagues in Győr say they don’t have any problems with the people from this village.”

The surgery has a big garden, and until the recent tighter regulations there was no need to wear a mask. “I’ve had enough,” said Ervin Pőcze, referring to the past year. He is waiting in line behind his wife. “We just want a vaccine — it doesn’t matter which one.” This is what they all say as they hold out their arms to the assistant. Dr. Németh tells them the story of the football and the air too.

Most people have not been choosy

The Pőcze family haven’t been ill, though some in the village were. “They were checking this year’s produce in the nearby wine cellars. When several people of a similar age fall ill, I can guess where they spent the weekend,” says the doctor.

The mayor points out: “The majority of people in Tápszentmiklós have obeyed the rules. You don’t hear anyone driving around after the 8 o’clock curfew.” No one in the village has died from the virus and there haven’t been more than 20 cases.

Last week 60 people received their Sinopharm jabs in less three hours. It goes just as smoothly today. His help isn’t needed any more outside, so József Kovács is updating his Facebook page. He uses this to share information with the people in the village. This is where he writes everything about the vaccinations. “Of course some people have asked which vaccine I think is best. I am proud to say, though, that most people have not been choosy but have understood that every vaccine is saving our lives. We haven’t had to call in 150 people to find 60 takers for the jabs.” The mayor has also helped people register for the jabs, which is one reason why two thirds of the village has asked for a vaccination. “People have realised they need to take whatever comes.”

What are you doing here?

“If we continue at this pace, we should do everyone by the end of April,” says the doctor.

The list of those who register is compiled centrally and sent out to the local surgeries. Those who are not getting the Chinese jab have in all probability some serious illness. “That is the only basis for choosing which vaccine to give.” The medical team did wonder when they saw a seemingly healthy young local lad on the list.

“‘What are you doing here?’ I asked him. He had no idea why he was so high on the list. It turned out that he had once had hyperacidity and a doctor had prescribed him drugs. So he was down as suffering from reflux and got onto our list.”

As if she were a bit lazier

Word has spread in the village about the vaccinations and those who have registered wait for the call. One local man of sixty plus says as he mends his gate: “I would have been happier to get a vaccine that had already been approved by Europe. But the third wave is here now and the stricter regulations. You know what, now I feel they should give us whatever they have.”

Inside the surgery Dr Németh tells a patient that they can trust whatever has the letters OGYI on it. “If you see that in the chemist, you can take it. But don’t mix it up with OETI, because that is the permit for scones, not pills.”

Also waiting her turn is Mrs Pál Töltősi, 85, who is working in her garden — “It’s impossible to find anyone to do the work at present.” She is surprised she has not received the call yet. “I live with my 60-year-old daughter and my son-in-law. It must be our turn soon. I said to myself that I’ll listen to them — I mean to my daughter and her husband. They wouldn’t be giving health workers the Chinese and Russian jabs of it was going to cause them problems.”

Health workers got the Pfizer vaccine, but the old lady ignores that. She says she’ll get her daughter to ask when their turn will come. “I met an old friend at church who said she had already had the Chinese jab. I asked if she felt anything. She said it was as if she were a bit lazier now. But like me she had come to church straight from her gardening.”