In response to Szájer's scandal, the Hungarian Government cordons itself off from the press 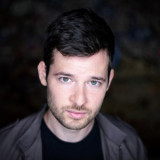 After we managed to catch Minister of Justice Judit Varga and Deputy Prime Minister Zsolt Semjén for a few quick questions in front of the Prime Minister's office as they were arriving for the cabinet meeting, a police squad appeared and cordoned off the entire square in front of the building. Members of the Government refused to go beyond the three-sentence press release Fidesz issued after their most known MEP was busted trying to climb down a gutter with extasy in his backpack as he fled the police raid on a lockdown-breaking sex party in Brussels.