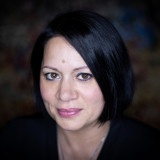 Media is a strategic sector and a matter of sovereignty, because whoever controls the media of a country controls the mindset of that country and, through that, the country itself, Balázs Orbán said at the opening day of the second international media conference of Mathias Corvinus Collegium (MCC) in Budapest on Wednesday, according to MTI, the Hungarian State News Agency.

The Prime Minister's political director and chairman of MCC's board of trustees said that at least 70-80 percent of the media in Western countries are nationally owned. In pre-2010 Hungary, this figure was less than 24 percent, which translated to "terrible vulnerability", and has only now risen to over 50 percent, he said. Hungary is primarily criticised from the liberal side in the West for what is "quite natural" there, he said.

MCC Director Zoltán Szalai said that MCC, which has been operating for 26 years, is currently training more than 6,100 students in 25 locations across the Carpathian Basin, including its recently opened centre in Brussels. He added that MCC also believes in the power of books, and their publishing company, MCC Press, has so far published more than 60 books by both Hungarian and internationally renowned authors, and they currently have 45 volumes in preparation.

The two-day Conference on the Future of Publishing has brought together forty speakers from thirteen countries on three continents to share their thoughts on the state of the media market in nine panel discussions.