Szijjártó from Moscow: I am happy to report that Gazprom has long-term plans with Hungary! 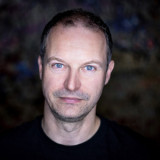 Minister of Foreign Affairs and Trade Péter Szijjártó travelled to Moscow for talks with Alexey Miller, CEO of the Russian state-owned gas company Gazprom. He reported on the results of the meeting in a Facebook video.
Szijjártó began his announcement by saying that we are facing the worst energy supply crisis ever in Europe and the world, and that it is not enough to focus on the winter ahead, because what will happen in the next 2-3 winters is also a big question.

Of the Russian gas pipelines towards Europe, the northern one is damaged and barely functioning, but the southern one, the Turkish Stream, is 100% secure, Szijjártó said (he did not elaborate on what could have caused the damage to the northern pipeline; the Russians are accusing the US of sabotage, while Western sources are suggesting Russian self-sabotage). The security of the Turkish Stream is enhanced by the fact that it was designed and built by the Russians, so they can maintain it even under sanctions.

The purpose of the Moscow trip was to make sure that Gazprom was interested in long-term cooperation with Hungary and to obtain a commitment to do so, Szijjártó said, and he was pleased to report that this had been achieved. He also reiterated that we will continue to veto any EU sanctions that affect Russian gas supplies.

The Russians are shifting the focus of European gas supplies to the southern pipelines, and this is very good news for us, Szijjártó said, assuring everyone that there will definitely be no restrictions on gas use in Hungary.

The minister also announced that a deferred payment agreement on gas supplies had been finalised with Russia.