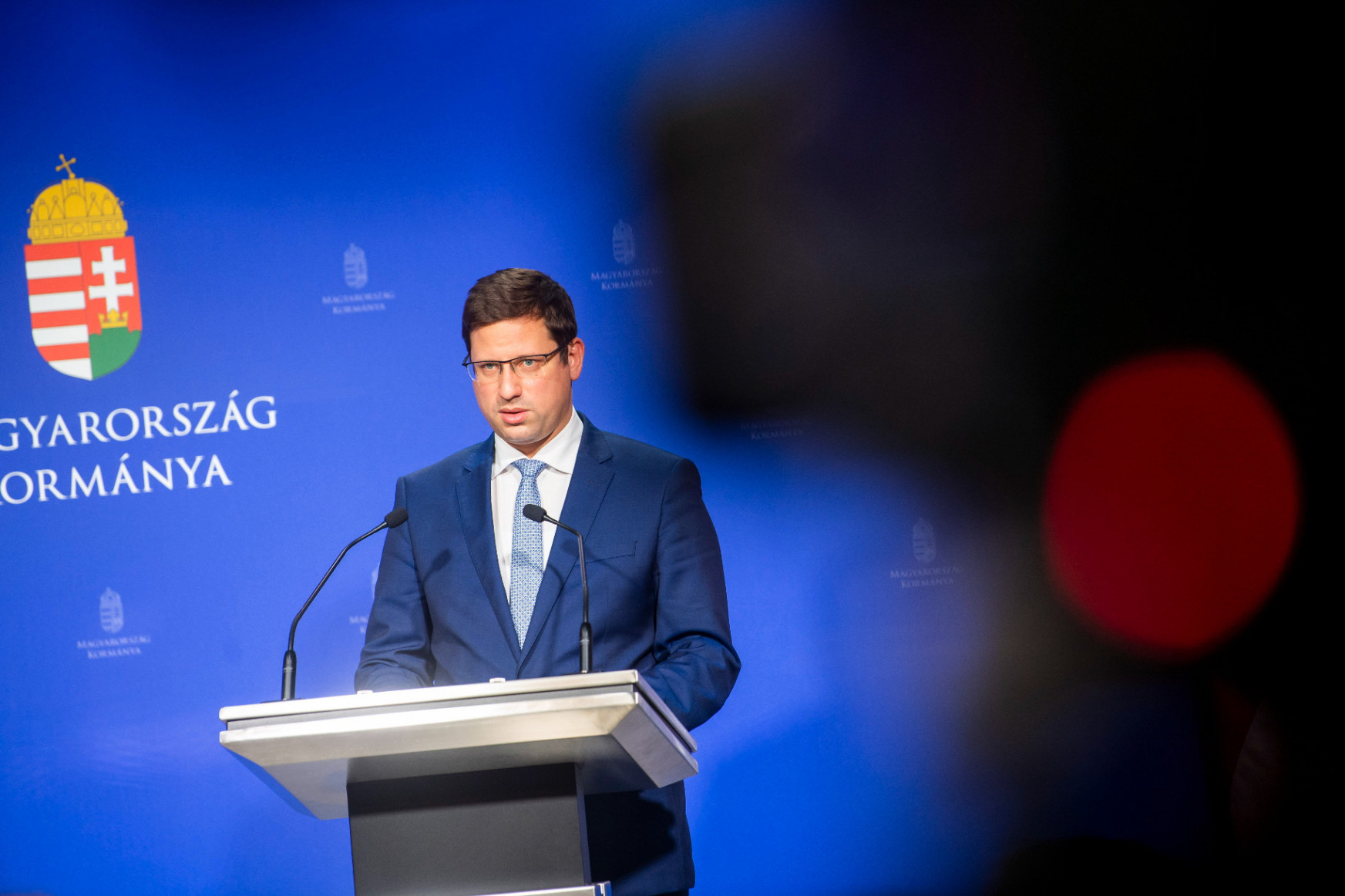 At this week's government press briefing, several important subjects were mentioned, among them the teachers' protests and civil disobedience, Ukraine's sovereignty and the soaring inflation. Telex had the opportunity to ask some questions as well. Here is a summary of the most important topics covered.

On the negotiations with the EU

The government reviewed the state of the negotiations with the EU yesterday. It expects the negotiations to be concluded successfully, with 17 commitments agreed upon, which the Hungarian government has made to the EU in order to ensure more transparent use of EU funds, Gergely Gulyás, Minister in charge of the Prime Minister's Office said.

The politician listed the commitments, which will transform the public procurement system, including reducing the proportion of single-bid public procurements, introduce new evaluation systems and strengthen the cooperation with OLAF, the EU's anti-fraud authority.

Orbán sent a letter to EU leaders thanking them for agreeing to the extension.

The extension was granted because Hungary has to set up institutions (Integrity Authority, Anti-Corruption Task Force), which Gulyás said could not be done so quickly, citing this as the reason why the European Council has given Hungary an extension until 19 December.

According to Gulyás, if the agreement with the EU is reached, they can start raising teachers' salaries. This would mean a 20.8 percent increase next year, and 25 percent in 2024, and a 30 percent increase in 2025 compared to the current base pay.

There are also plans to give higher payment to teachers working in disadvantaged regions, Gulyás said.

Gulyás doesn't deny that even the left-wing would be happy about the increase in teachers' salaries, but the minister said that for them, causing damage is more important. It is because of the opposition that an agreement with the European Commission has not been reached until now. He said that this is why the teachers' wages haven't been raised yet, and added that Klára Dobrev (opposition politician, DK) is also working to derail this.

On civil disobedience and the sacking of teachers

In response to a question about protesting teachers being dismissed from their jobs, Gulyás said that he believes it is legitimate for teachers to demand higher wages, and that under a civic government, no one should be harmed for participating in a strike or a legal protest. If someone deliberately does not go to work, mandatory sanctions follow. When asked about this, Gulyás said, "I am certainly not talking about civil disobedience, because there is no such thing", as it is not a legal category. However, he then went on to say that the breaking of the cordon by the Fidesz (in 2007, when they were in opposition) was a typical case of civil disobedience.

Gulyás said there was no point in asking whether it was justified to sack teachers for civil disobedience, because "this is not a case of civil disobedience". He was then asked twice again whether he considered the sackings justified, to which he replied that the law must be respected, but "no one was fired after one occasion". Gulyás added that he "would not like to get involved in a debate on legal theory".

Gulyás said Hungary allows teachers to strike, unlike Germany, where they cannot do so.

On inflation and the forint's exchange rate

As the forint has continued its historic plummeting this week, and inflation has also reached a historic level, Gulyás was asked about this too. According to him inflation is high everywhere, but it is highest in the countries which are closer to the war and Hungary is such a country, but "we are working for peace" – he added.

In response, Gulyás said that the government is doing what it can about the matter. The minister also said that this is the effect of the sanctions.

“We consider the struggle of the Ukrainians heroic.”

However, when Telex asked him whether this heroic resistance was helped by Western arms supplies, Gulyás evaded the question. The minister reiterated the government's earlier position that no weapons were being shipped to Ukraine because of the Hungarians in Transcarpathia.

According to Gulyás, a Ukraine under armed occupation, dependent on Russia, would in no way be a solution. "How and with whom an independent and sovereign Ukraine wants to integrate should be a matter for a sovereign state to decide. This has not always been the case in recent years." – he said.

The minister said that there were statements from the Russian side which indicated that they were willing to negotiate.

Telex had further questions on this and other current affairs, but government spokeswoman Alexandra Szentkirályi asked our colleague to pass on the microphone, citing the timeframe available.