After hundreds of reviling calls made to school district offices, phone numbers removed from websites 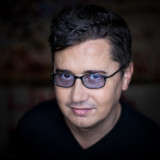 The telephone numbers of the Budapest school district offices have disappeared from their websites – as hvg.hu has noticed. The Klebelsberg Centre, which manages the institutions, confirmed this and explained to the site why the phone numbers were no longer visible.

"Unfortunately, due to the smear campaigns and lies of the opposition press outlets and opposition politicians, the Budapest school district offices have been receiving hundreds of reviling phone calls. We have temporarily removed the phone numbers from the websites in order to allow our colleagues to carry out their duties."
- the centre said.

Hungarian teachers started protesting almost a year ago demanding higher wages and better working conditions. Things intensified after the government changed the law about striking in the spring of 2022, making it essentially impossible and pointless for teachers to practice this democratic right. Since then, students and parents have joined educators and have staged multiple demonstrations and protests, calling on the government to implement changes in Hungary's education system.

Most recently, protests for teachers were organised across the country on 5 October, and another country-wide strike is scheduled for Friday, the 14 October. Last Wednesday, protesters also demanded the reinstatement of five teachers who were fired from Kölcsey Ferenc Gimnázium for practicing civil disobedience. We spoke to two of the fired teachers from Kölcsey, Katalin Törley and Tamás Palya, in this video about relief, the importance of standing up and their future.