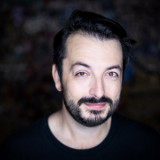 According to an amendment to the law submitted to the Hungarian Parliament by Fidesz MP Máté Kocsis on Tuesday, the state of danger can be extended for up to 180 days as of 1 November.

According to the amendment

"the Government may, with effect from 1 November 2022, request the authorisation of the National Assembly to extend the state of danger beyond 30 days for up to 180 days at a time, with the possibility of granting the authorisation more than once."

The amendment allows the Parliament to extend the state of danger for (up to) 180 days again and again "in view of the armed conflict and humanitarian disaster on the territory of Ukraine and in order to avert the consequences thereof in Hungary."

It was on 24 May that Viktor Orbán announced that a state of danger would be declared from midnight that day. Orbán justified this by saying that there is a war going on in the next door, "the end of which nobody can see yet". The Prime Minister said that there was a need for the government to have room for manoeuvring and the ability to act immediately if necessary.

This was the reason given for amending the Constitution, which was changed to include the possibility of declaring a state of danger in the event of a humanitarian disaster or armed conflict in a neighbouring country. We have written at length about the state of danger, and its application over the last two years, citing the coronavirus epidemic.

A state of danger in the Hungarian legal context is a so-called designated period, during which a special legal regime is in force. This means that during a state of danger, the government can adopt decrees that temporarily suspend the application of certain laws.