President Novák: The preparations for the Pope's visit to Hungary may begin 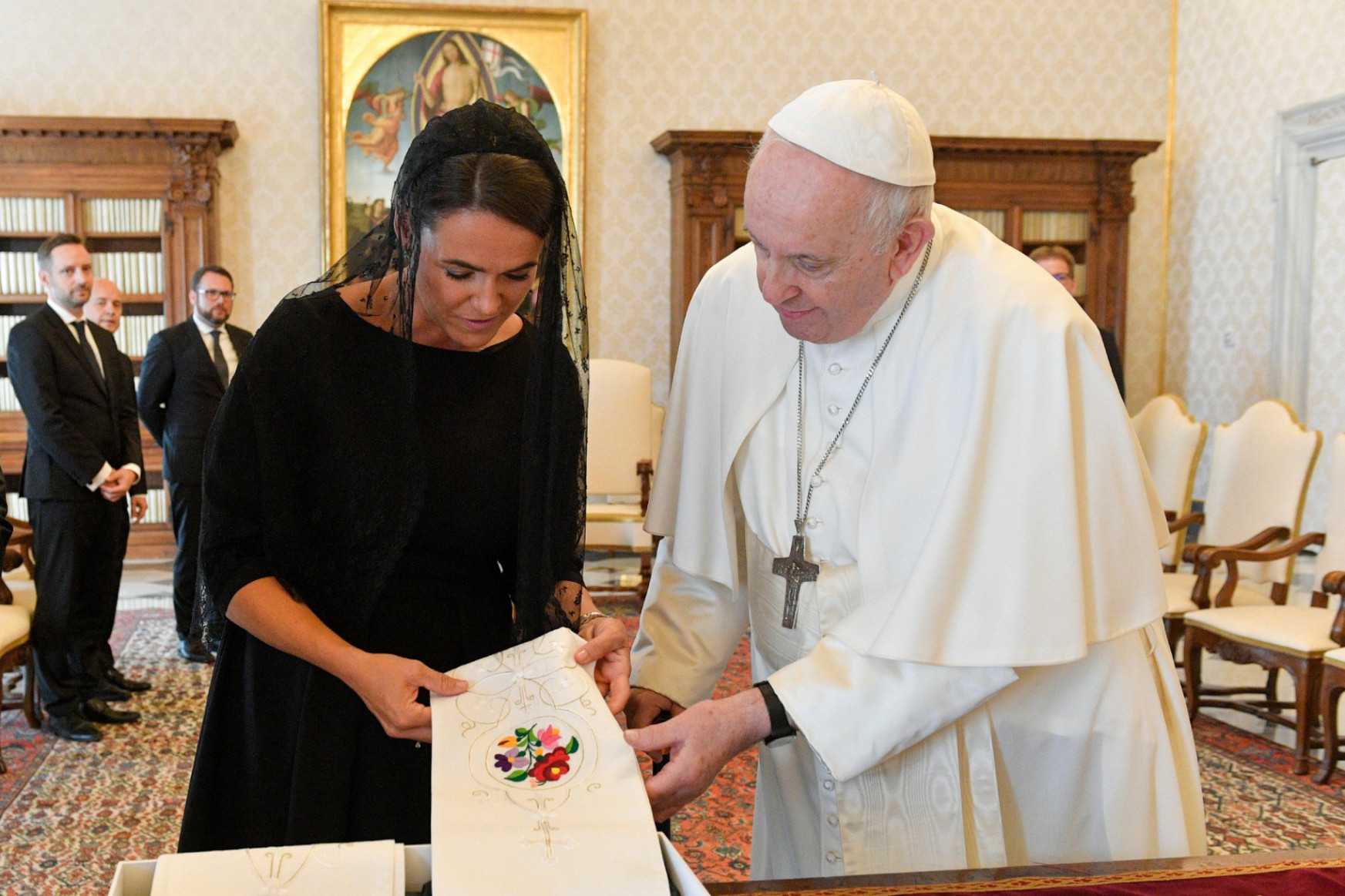 The preparations for the Pope’s 2023 visit to Hungary may begin, as the head of the Catholic church has confirmed at a private audience that he accepts the invitation – the Hungarian president told the public media service in Rome on Thursday.

Hungarian President Katalin Novák attended a 40-minute private audience in the Vatican today, during which three main topics were discussed: the Pope’s upcoming 2023 visit to Hungary, the war in Ukraine and the support of families.

According to the state news agency, MTI’s report, the Hungarian President said that she handed an official letter of invitation to Pope Francis and requested that he visit Hungary next year.

The Pope confirmed that he intends to do so, which means that the preparations may begin – Novák added.

The Hungarian head of state said that the Holy Father will most likely visit Hungary next spring. In regards to the second topic of their meeting – the war in Ukraine -, Novák said that they are in agreement with Pope Francis that the soon return of peace is a “common interest”.

"Pope Francis is praying for peace, speaking up for peace and doing everything he can to be an ambassador of peace," the head of state said. Ms Novák stressed that Hungarians are also speaking out for peace and want the Russian-Ukrainian war to end as soon as possible. She said that her visit on Thursday confirmed our commitment to peace.

The president also added that she and the Pope spoke at length about Hungary’s family policy and the support families are receiving. She said: “We spoke about the fact that in Hungary we have done everything to make having children and raising children easier” – and added that the Holy Father appreciates this very much.

“Pope Francis is always standing for traditional family values” – Katalin Novák said. The president of Hungary added that Pope Francis stressed the importance of having female leaders in the world. The head of the Catholic church also encouraged her that as a female head of state she should stand up for peace whenever she has an opportunity to do so – Novák said.

She also added that the Pope gave her his blessing, and – as she said “I am taking this blessing home to the Hungarian people”. The president also mentioned that they spoke about the help Hungary is providing to persecuted Christians, “which is a mission we intend to continue”, and the Vatican supports this intention.

On the occasion of her visit to the Vatican on Thursday, 25 August, Novák presented the Pope with a "gift woven through with love": an embroidered priestly stole with motifs from various regions of Hungary, having added the last stitches herself.

To make sure you don't miss quick, accurate and impartial news from and about Hungary, subscribe to the Telex English newsletter!