Update on the burnt ballots: an attempt to create the appearance of electoral fraud? 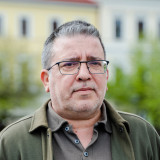 The investigators' latest working hypothesis is that a deliberate plot to create the appearance of electoral fraud may be behind the case of the partially burnt Hungarian election ballots found near the Romanian town of Livezeni (Jedd in Hungarian) at the end of March, shortly before the Hungarian elections – the spokesperson for the Maros county prosecutor’s office told Transtelex.

We asked Roxana Crisan about the current state of the investigation. She told us that the prosecution currently assumes that the 13 election ballots found at the illegal landfill were not filled out by persons entitled to vote in Hungary, and the same are therefore invalid. “The currently unknown perpetrator or perpetrators most likely stole the envelopes from the intended recipients’ mailboxes” – she explained.

The spokesperson further said that according to the prosecution’s assumption, the perpetrators either destroyed the declarations of identity included in the packages, or threw them out somewhere else. The ballots were then filled out and lit on fire – with only the edges being burnt -, after which they were placed in an easily visible place at the landfill near Livezeni.

“The perpetrators did not even attempt to hide the partially burnt ballots under debris or in a sack. They positioned them so they were easily noticeable, and then tipped off the press anonymously. Instead of informing the police or the prosecutor’s office, they contacted the press. All of this points to this being an attempt to create an appearance of election fraud and to rile up the press. Let me underline once again that this is a working hypothesis, the investigation is still ongoing, and new information could still come to light” – the spokesperson for the prosecutor’s office said.

In response to our question, Roxana Crișan said that identifying the perpetrator or perpetrators will not be an easy task. There are no CCTV cameras around the landfill, and getting a fingerprint from the dusty, dirty, partially burnt ballots is not possible. Nonetheless, the ballots have been sent to the Bucharest Institute of Forensic Science for DNA testing.

The spokesperson reminded that it was based on press reports that the prosecutor's office had launched an ex-officio investigation into the case in March. During the investigation they have been in contact with Hungary’s consulate in Miercurea Ciuc and have also been cooperating with the Hungarian prosecution. They have examined the scene, have questioned witnesses, and are still investigating on suspicion of breaching the secrecy of voting and obstructing the exercise of the right to vote.

However, if their latest working hypothesis is confirmed, this will change the criminal classification of the offense: “Stealing the ballots is also a crime” – she explained.

As is known, it was based on an anonymous tipoff, and just a few days prior to the Hungarian parliamentary elections in April this year that the journalist of Romanian news website Punctul.ro found partially burnt Hungarian voting ballots at an illegal landfill near the Romanian town of Livezeni. Based on the photos taken at the scene, some were filled out in favor of the united opposition, while others supported the Mi Hazánk Movement.

To make sure you don't miss any quick, accurate and impartial news from and about Hungary, subscribe to the Telex English newsletter!