Katalin Novák: We demand an investigation of all war crimes in Ukraine 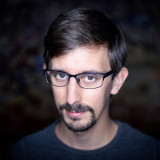 “Hungary clearly condemns the Russian aggression and the armed invasion of Ukraine. We demand an investigation of all war crimes and plead for an adequate punishment of those who committed these barbaric acts against mankind.”

– these were the words of Hungarian president Katalin Novák in the video recording shown as part of a Sunday evening charity telethon on the only currently operating Ukrainian TV channel. The president shared the video on her social media pages on Monday morning:

Although members of the Hungarian government regularly share their mandatory messages of condemnation of the attack on Ukraine, what Novák said is normally not the emphasis of their message. Instead, the focus is usually on the fact that the Hungarian government is for peace and staying out of the war, while the Hungarian opposition is for war, as well as on criticizing Ukrainian president Volodimir Zelensky and questioning the EU sanctions against Russia combined with the recurring criticism of Brussels.

A good example of this double communication is the fact that early in April, PM Viktor Orbán did not clearly condemn the massacres in Bucha until his old ally Jaroslaw Kaczyński, leader of the Polish governing party gave an interview in which he heavily criticized him for not having condemned the brutalities of the Russian forces.

Katalin Novák, who was elected president in March has been following a different strategy from the moment she took office. Even the fact that her first official visit was to Poland, where she clearly condemned Putin’s aggression was a symbolic act.

In Sunday’s telethon video she wore blue and yellow (the colours of the Ukrainian flag), and although she did list the messages the government prefers to repeat about the war – which were duly emphasized by the state news agency, MTI – she did not open her speech with them, but with the above quoted message.

In her almost one-minute message, Novák also said that Hungary will continue to help Ukrainian refugees coming to Hungary and concluded her message with emphasizing the importance of peace:

“Hungary and the Hungarian people stand with the innocent victims. All we long for is peace: the sooner, the better.”

To receive quick, accurate and impartial news from and about Hungary straight to your inbox, subscribe to the Telex English newsletter!