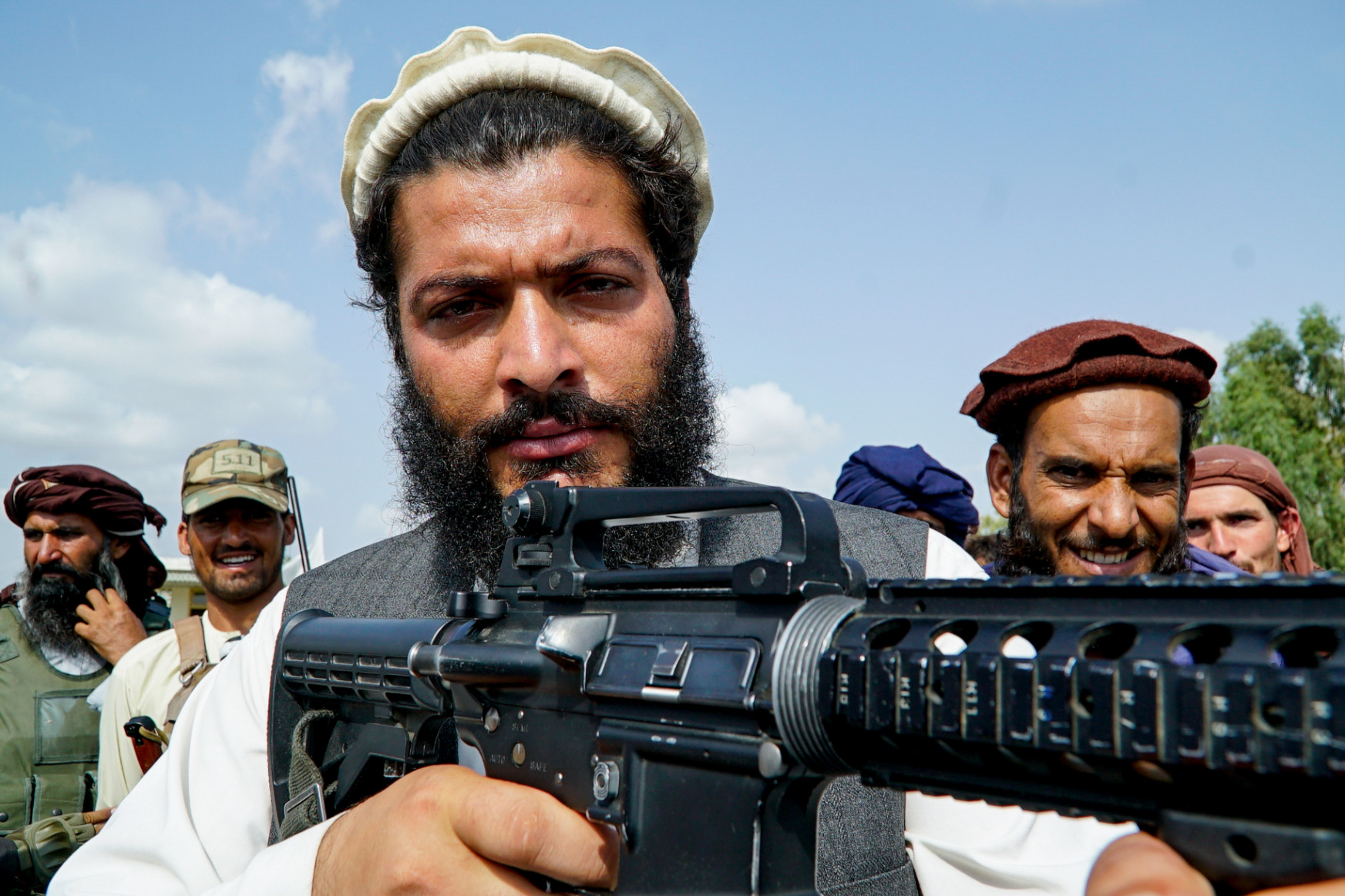 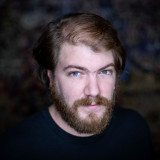 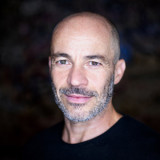 Our frightening stop at one of the checkpoints near Kabul turned into a photo-op in little under an hour. The Taliban, who do not refrain from cruelty elsewhere, showed off their newly captured American weapons gleefully before leaving for the Panjshir front. Telex's report from Afghanistan.

Since the Taliban takeover, few journalists have travelled to Afghanistan to report on how the new regime changed the country and ask locals how it affected their own worlds. Of all Hungarian media outlets, Telex was the only one to send a reporter over there. Read the first part of our report series here.

The reports by András Földes cost approximately a million forints and were financed by our supporters.

If you wish to read more similar reports by Telex showing what is happening in Hungary and around the world, please, consider making a donation here.

I was filming cutaway shots of typical details of the Afghan landscape in the outskirts of Kabul. A nomadic tent in the foreground, a rocky desert in the background, barren mountains in the distance. However, my work was interrupted by the ferocious shouting of two Taliban soldiers. They were coming towards us with blazing eyes from the tarmac road behind us.

Up to this point, everything happened the way we were used to. Wherever we stopped, the Taliban showed up within ten minutes, asking us what we were doing in an unfriendly or simply disdainful tone, which is why we tried to get out of and back into the car as fast as we could in these situations.

Now though, they were faster, but also, more nervous. They waved us to follow them, so with the camera hanging from my shoulder, I secretly took a couple of pictures of the two Taliban thinking it could be of some use. Pro tip: In such situations, do not forget to zoom out, otherwise you will end up with completely worthless shots like this one:

The Taliban outpost was on the other side of the road, and it looked like someone got bored of building a gas station and left it halfway after paving the place and erecting a small stone structure. Taliban soldiers, armed to the teeth, were buzzing around off-roaders equipped with machine guns. (I apologize to any of our military buff readers for using potentially inaccurate terminology, I am clearly not exactly an expert on weapons.)

What commenced was the well-known procedure: Showing of papers, shaking of heads, my fixer trying to come up with an explanation and flashing of the letter from the Taliban leaders I wrote about in the previous article. While all of that was going down, someone was rummaged around our stuff to see if we had bombs or any other dangerous materials. The situation was only different in that twenty or thirty people were bustling around us.

Machine guns, rifles, and grenade launchers were knocking together. The whole grim scene was so cartoonishly exaggerated that it was better not to think about it too much.

As if I was showing it to my friends, I flipped through my notes, pulled the zippers on my jacket down, "look at all these cool pockets," I even flashed my headlamp. The guys watched my show looking over each other's shoulders, with some of them laughing, including the boss. I laughed, too, hoping they wouldn't notice that my amusement wasn't entirely genuine.

I pointed at their guns, saying their gear was pretty impressive as well. They nodded approvingly, "Yes, American, it's all American." This was when I managed to break the ice. They showed off what they captured from the "defeated Americans," pushing each other out of the way; look, this is American too, it says it here, "Made in the USA."

I have a fundamental principle, I do not touch guns, so I was only looking at the pieces shoved under my nose – a weapons expert would probably have been drooling over them. When excitement hit its peak, I asked if I could film their loot. "Of course!"

From the arsenal, I turned my camera to the boss, who boasted that in the past decades, he was responsible for protecting that stretch of road, pointing to the hills, showing me where they were dug in. "The grenade launcher was my speciality," relayed my interpreter, "I destroyed plenty of American vehicles from there."

The man claimed that he has been a member of the Taliban ever since its foundation, and now, that after their 1996-2001 stint, they came to rule Afghanistan once more, he was given control of the outpost. I put on my best poker face to hide what I think of their takeover; instead, I focused on my work. I took out my camera, not even asking anymore if I could take pictures. I stood there snapping photos with one hand, filming with the other, while a bunch of Taliban were busy parading their new American firearms all around me.

An older man pushed a younger guy holding an enormous gun in front of me. "He is my son," he proudly said. "I taught him well, he turned out to be a good soldier, now we serve together." The boy in his twenty-somethings grinned awkwardly, while he held a gun so big it would have been enough for two people.

"Don't you fear for your son, working in such a dangerous profession?" I asked, but it seemed this question only makes sense in the western world. "Allah wanted us to fight. If he has to, he will protect us," the father proudly proclaimed.

"Are you in the same branch of the military?" I asked, probably with inaccurate terminology, but this didn't phase him. "I specialize in mines. I'm an engineer, and so is my son, I've taught him everything about engineering there is to know. But he prefers to fight with this," he said, pointing at the enormous gun.

I asked the Taliban to let me film their loot, so suddenly I was in the middle of a forest of weapons. They showed me that besides the American guns, they have Russian and Pakistani makes as well. Of course, they were the proudest of the ones made in America which they regarded as trophies from their humiliated enemies. They now possessed all the high-tech equipment once employed against them. Their bearded leader boasted:

"We have equipment that allows us to shoot anyone who even dares to say that they want to attack us."

He laughed. I nodded, but I knew full well that the Taliban use these weapons not only against well-equipped armies but also innocent civilians.

In the meantime, a turban-clad Taliban soldier stood next to me, waving a rocket launcher around, lifting it to his shoulder, showing me how he uses it. Luckily, it was not loaded, I could look through its tube, I thought, but not for long, as a frizzy-haired young man soon gleefully put a round in there, while ten of us stood in the way. What was there to do? I took some pictures.

The gun show was interrupted by loud "Allah Akbars." I tried looking beyond the crowd with a puzzled expression on my face and saw a commotion around the cars. "They are just about to leave for Panjshir," the boss said. "To fight?" "No, they are relieving the previous platoon."

A few days earlier, the Taliban had announced that they occupied the last remaining region that resisted them, they hoisted their flag in front of the regional government's building, and thus, they had officially taken control over the whole of Afghanistan, but sources close to local resistance fighters said that they still held out in several places. It was difficult to acquire information, but BBC reported not much earlier that the Taliban could have killed at least 20 civilians in the Panjshir Valley.

This was when the spontaneous photo-op occurred. "Can I take a picture of the soldiers in front of the cars?" I asked, but there must have been some misunderstanding, because everyone crammed themselves in the frame, like on a class photo. "Can I be in the picture, too?" I finally asked, although, at that point, they wouldn't have objected even if I joined them in Panjshir.

(Why didn't I join them? I did not go there to be a war correspondent but to show what is happening in Afghanistan, how people live and think under Taliban rule, how politics are, and what kind of country they are building. On a remote military base, I would have only seen how the soldiers live, and soldiers tend to live pretty similarly regardless of their nationalities.)

My fixer snapped a photo of me among the previously hostile Taliban soldiers who were now patting me on the back. I smiled, but that smile was mostly because finally, the Taliban, who destroyed their country and pushed millions into poverty, were finally occupied with posing instead of messing with us.

I kept taking pictures as they got on their jeeps waving their guns around, yelling "Allah Akbar," leaving for the Panjshir Valley.

This article was originally published in Hungarian on 14 September 2021. The translation of this article was made possible by our cooperation with the Heinrich Böll Foundation.