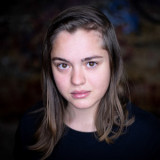 It was almost a year ago, in early June 2021 that Hungary (along with Poland) announced that it would not participate in the newly established European Public Prosecutor’s Office.

At the time, Hungary’s Justice Minister, Judit Varga explained in a Facebook post that “it is a matter of sovereignty” and added that the government doesn’t see the need for the EPPO, as they already take the fight against corruption seriously at a national level.

Among others, he explained that “it is for reasons of principle that Hungary is not joining the EPPO”, but this doesn’t mean that the country is not working to “protect the EU’s financial interests”.

Polt also pointed out that – if the EU should deem it necessary, Hungary may act as a substitute private prosecutor in cases relating to criminal offenses against the EU’s financial interests. He added that it is the opinion of the Hungarian prosecutor's office, the Hungarian legal system allows for this. The European Union – in this case as the plaintiff – might even be represented by the European Public Prosecutor's Office in the substitute private prosecution proceedings.

Polt also argued that another reason why Hungary not joining the European Public Prosecutor's Office cannot be a problem is because OLAF can do the same work (that the EPPO does elsewhere) "indirectly", with the help of the Hungarian authorities.

One big difference he failed to mention, however, is that unlike Eurojust or OLAF, the EPPO has the mandate to prosecute people.

Hungary’s Chief Public Prosecutor concluded that until March 2022 the EPPO has issued 8 European Investigation Orders directed at Hungary, and 3 of these have already been conducted by the Hungarian Prosecutors.

To make sure you don't miss out on any quick, accurate and impartial news from and about Hungary, subscribe to the Telex English newsletter!