Katalin Karikó: Everyone is an epidemiological expert now, but I am not 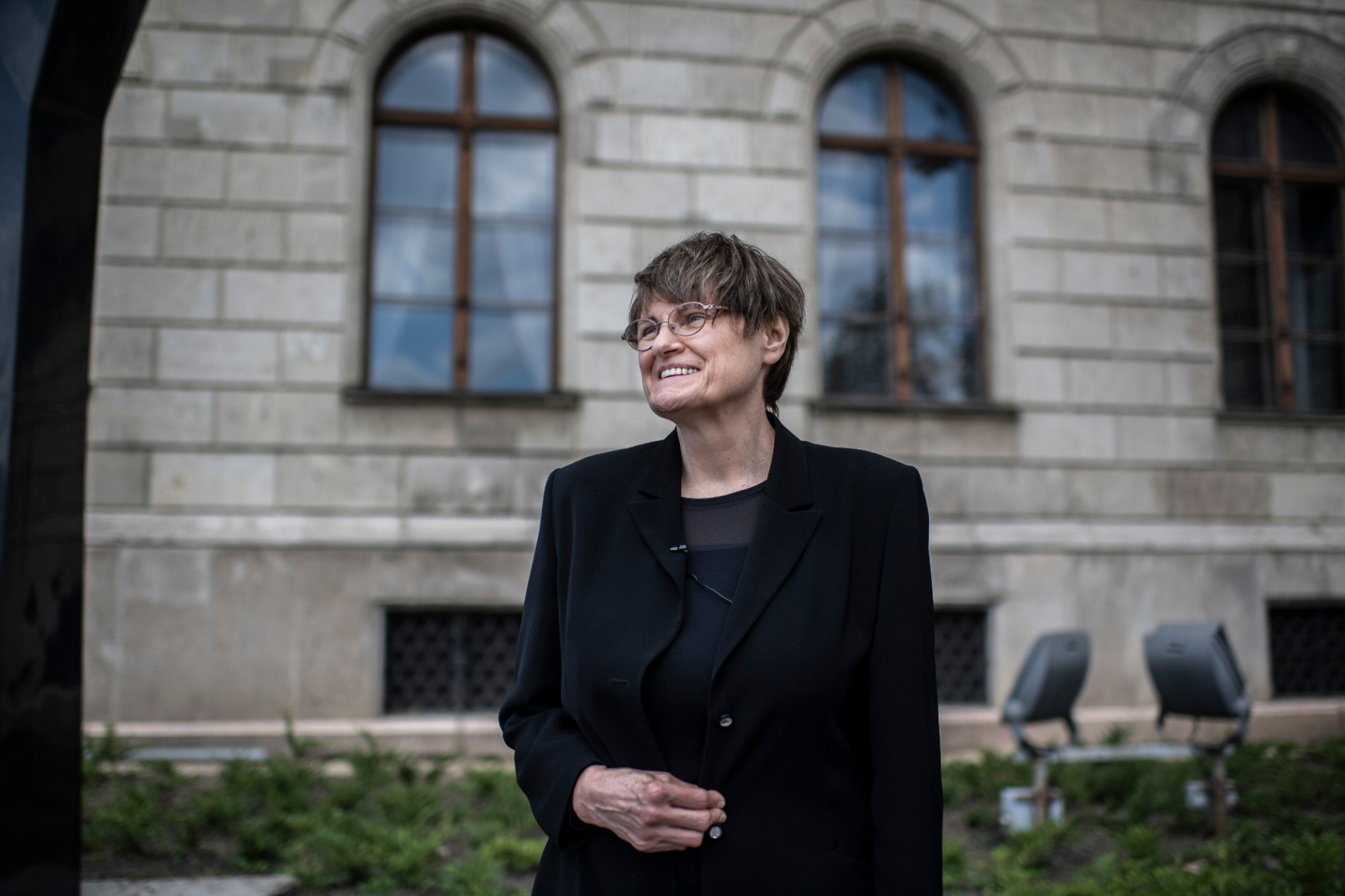 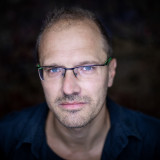 Katalin Karikó is now probably the most famous living Hungarian scientist in the world: the biochemist born in Kisújszállás has been living in the United States since the eighties, and played a crucial role in developing the new mRNA-based vaccines. The results of Senior Vice President of BioNTech gave rise to the Covid-19 vaccines of both Pfizer and Moderna, and her name is mentioned among the likely Nobel Prize candidates. Katalin Karikó held a lecture at the Congress of the Hungarian Academy of Sciences, after which she sat down for an interview with Telex.

You held a lecture on developing the RNA-based vaccines at the Congress of the Hungarian Academy of Sciences. You received another award, this time, from the Chairman of the Academy. Are you working from Hungary right now?

I'm in Hungary until 27 May, but I work full-time from here as well; I've spent all afternoon yesterday talking to my German colleagues about the latest results. Some are working on the vaccine project, while others are catching up on things that were sidelined because of the pandemic. I have my own group, and we do the screening, devising in which lipid nanoparticles should we package the RNA, and two years ago, we tested how to improve RNA; we worked day and night on this before the pandemic. There is a cap at the end of an RNA which plays a significant role. Earlier, we had to add it to the end separately, but now, we can incorporate it. We put everything in a test tube, and the RNA is ready.

You found out on 8 November last year that your Covid-19 vaccine works. According to reports, you celebrated with a bag of chocolate-covered peanuts.

Yes, I remember, it was a Sunday, my daughter's birthday. We were celebrating that when they called to tell me that based on the tests, the vaccine is working. We did have a suspicion based on earlier clinical testing that it would be effective.

When will a larger celebration be justified?

Only when the pandemic ends. I don't see any cause for celebration. I'm not really big on celebrations either, and I don't have a bottle of champagne in the cooler at the lab as many others do. You are just happy to see that what you did works, and you're already thinking about what's next.

Earlier, you told El Pais that people would already be able to go to the beach in the summer. Do you maintain that?

Well, they still say that in the United States. If we can keep the pace of vaccinations up, then we should be more or less alright by the summer. If the virus has nobody to multiply in, it will not mutate, and it will simply end.

And in Europe or Hungary?

Well, all of a sudden, everyone has become an epidemiological expert, but I am not one of them. I am a biochemist who is an expert on RNA. There are 11 new scientific publications on the pandemic every hour; since I've entered the academy, I've already missed 50 or 60 of them. How can you read them all?

It is the Indian variant that seems to be the most significant cause for worry right now. How are studies on it coming along at BioNTech? How effective is your vaccine against this strain?

We are constantly looking at every strain. But as for double variants, as the studies so far suggest, the double mutation actually lessens the chances of the virus: Antibody production was just as good against the double-mutated variant as against the original Wuhan strain.

As a layman, one would think that a double mutation carries a more considerable risk.

Well, the virus suffers these mutations as well; not all mutations facilitate its spread. The Kent variant was indeed much more contagious and deadly, but the others, not so much. It seems that the South African strain will not be pushing out the other variants in Europe, and hopefully, the same will be true of the new Indian strain. Epidemiological experts are always on the lookout for these; the more they sequence, the more they know. But if a virus mutates too much, it loses the ability to enter cells, so even mutations have their limits.

The other question on many people's minds is how long the effects of the vaccine would last. It seems that the estimates are getting more optimistic by the day.

Last year, we already saw that an infected person would gain approximately six months of immunity, but back then, we haven't had the vaccine. The Phase III tests concluded last November, and since then, about six months have passed. What we know for sure at this point is that for most people, immunity is bound to last at least half a year. It may last even longer.

Is the level of antibodies the critical question here?

The antibody levels are what we are currently looking at, we examine how many there are, but there is indeed immunity without antibodies. The RNA does not only induce the production of antibodies that can catch the viruses free-floating in the bloodstream, it also facilitates cellular immunity. The immune system recognizes infected cells, and mutants have a much harder time escaping that.

What could justify a possible third dose for the Pfizer vaccines?

Maybe decreasing levels of antibodies, just like with any other vaccines. But T-cells still remember, extending the ability to produce antibodies if one is infected even after the antibodies produced because of the vaccine are no longer there. This is just a private opinion, but I feel that they do not want to risk the disappearance of the antibodies because the goal is to eradicate the virus; maybe that is what could justify that.

Pfizer-BioNTech investigates whether children can get the vaccine.

At this point, the Pfizer vaccine can be administered to anyone over 16, but we did examine vaccinating children between the ages of 11 and 15, we already concluded the tests with 2000 participants. The data has been at the European and American authorities for some time now, and everyone believed that they would have approved it by this point. We are still waiting on that, but in March, we began testing those under 11; we will finish those tests by June.

In Hungary, even among medical professionals, it is a common opinion that vaccines based on traditional technologies are safer than mRNA vaccines because they are based on tried and tested methods.

Nothing was tried and tested; only AstraZeneca had a chimpanzee adenovirus-based product for ebola. But 200 000 people in Africa have received that vaccine. Now, they cannot be vaccinated against Covid-19 with that type of vaccine because they have already developed an immunity to the vector.

The main point of an mRNA vaccine is that the system does not know the RNA, only the coded protein, and thus it can get in, so you can get the mRNA vaccine any number of times.

The Hungarian government published a chart that shows that 32 out of 100 000 people vaccinated with Pfizer have died. This rate is much higher than what they recorded elsewhere. How is that possible?

Oh, just don't ask me about the chart!

What happened was that I had to change flights in Atlanta, and as I was waiting for my connection, I saw this chart, and I was like, what is this? If someone suicidal would have seen that, they would have asked for a Pfizer, believing it would kill them. I wrote a response while still somewhat sleepy, but I shouldn't have.

It made quite the bang, though. Why shouldn't you have?

A colleague of mine once told me that you shouldn't get into any political things, don't be caught dead near it, because it would pull you in, and whatever you say would be used against you.

Such data can cause distrust towards the vaccine.

Well, it didn't really seem to scare off anyone.

What is the truth concerning Hungary's handling of the pandemic? The two extremities are that the mass vaccinations left us in a good position or that it's why Hungary gained the top spot on the mortality ranking.

Sometimes, even in science, we look at the same things but see them in vastly different ways. What is good in science is that we discuss these, and this polemy is the foundation of scientific progress. Hungary is not the only place where people are polarized. If you look at BLM on CNN, you see people marching peacefully; if you look at the same report on Fox, you see looting. Truth is always somewhere in the middle. People with tunnel vision don't notice that there could be something in the opposing viewpoint. They do not see that the government and the opposition can be right simultaneously. I am only a biochemist, but some actual discourse would indeed be good.

Another hot topic is that 60 countries are requesting the WTO to waive intellectual property protections for Covid-19 vaccines. What is your take on that?

American taxpayers have funded the testing of the BioNTech patent. Bill Gates, who spends a lot on charity in the meantime, insists on the patents. Otherwise, there would be no control over the manufacturing process. They say that they want to create a handful of large production facilities across the world.

Do you agree with that?

I cannot answer that. This is not exactly an aspirin, it requires a highly complex procedure, and production must remain sustainable even in times of peace when there is no pandemic. Pfizer did not take a single penny from the government; it risked the money of its own shareholders when it started developing the vaccine. Of course, deep down in my soul, I want everyone to get the vaccine for free, I would give it to anyone, but I am no economic expert; I cannot decide this. Of course, it would be better to channel funds to this instead of defence spending because soldiers can shoot all they like, they won't see where the virus is and what to shoot at. In the meantime, the economy is in shambles all over the world. The virus very much exists, despite all the people claiming otherwise.

One Chinese coronavirus response effort leader recently said that even the Chinese vaccine program should shift towards mRNA technology. How do you see the future of mRNA vaccines?

Pfizer's Chairman already announced in the Wall Street Journal that they would develop all existing shots with mRNA technology. A corporation of that size can do whatever it likes immediately; it has the technology, the rest is just routine.

The first one will most likely be a flu shot, as that was already at an advanced stage before the coronavirus,

and the original agreement between BioNTech and Pfizer was about developing an mRNA vaccine against the influenza.

But there are analyses in process on how to identify the shared attributes of all coronaviruses so that we can concentrate on those sequences. The Covid-19 vaccine development was a quick fix now, but the plan is to develop a universal vaccine against all coronaviruses. We do not need a lot of time for that anymore, I think.