Berlin, Warsaw, and Budapest reach agreement on rule of law conditionality and the EU budget 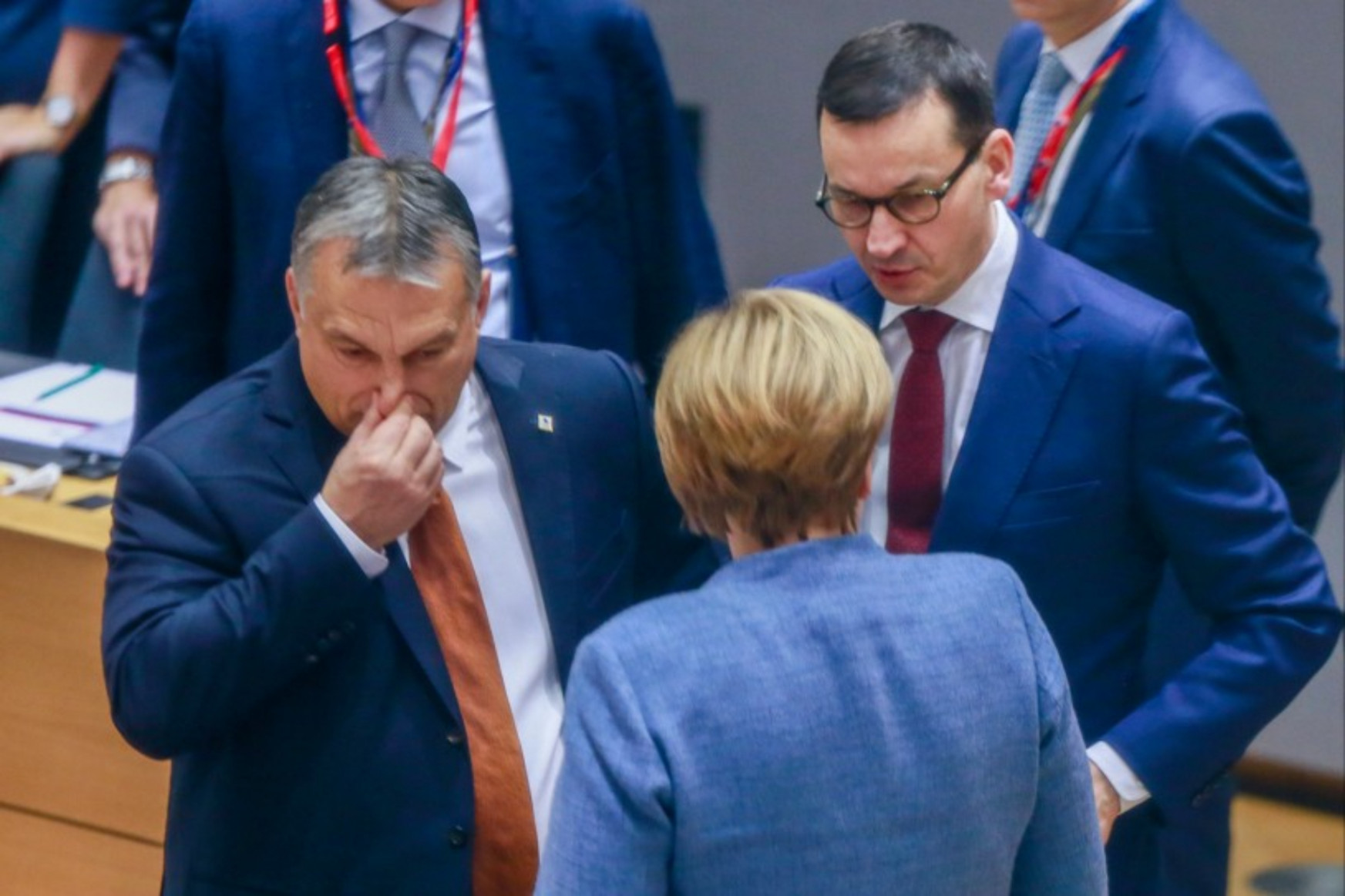 The rule of law conditionality will remain attached to the final draft of the EU's multi-annual financial framework and the NextGen EU package, however, there will be a legally binding addendum governing the details and limits of its applicability. The text is still unknown, however, as things currently stand, the European Union could have a budget by Friday.

Hungary and Poland, the two countries that announced a veto against the EU's upcoming 7-year budget, have reached a compromise with Germany, the current President of the European Council, Bloomberg reports. Details of the agreement are as of yet unknown, the news is from Polish Deputy Prime Minister Jaroslaw Gowin, who spoke to the US news agency and other reporters. According to Bloomberg, Gowin said:

“For now, we have an agreement between Warsaw, Budapest and Berlin, I believe this agreement will also include the 24 remaining European capitals.”

If it does, that means that on Friday, there could finally be a decision on the EU's next seven-year budget and the COVID-19 recovery package as well.

It is important to note that Gowin belongs to one of the smaller parties in the Polish governing coalition, who already pushed for Poland to withdraw their veto, going so far on Wednesday as bringing up the possibility of a snap election in Poland. At the same time, his words may not be baseless, even though on Tuesday, Warsaw did not seem to be so lenient, as a spokesperson of the Polish government, Piotr Müller said:

"At the EU budget talks, Poland and Hungary will insist on unlinking rule of law questions from budgetary matters."

He continued: “We want the criteria concerning the European Union's budget to be of a budgetary nature only, (…) so that suspending funds is only possible over matters of the budget's implementation.” Müller was convinced that the support for the Polish-Hungarian position is growing in the European Union, adding that

there is a chance for an agreement at the summit.

The sudden change in the Hungarian government's communication also points to this: The Minister in charge of the PM's Office, Gergely Gulyás, has told Telex on his way to the cabinet meeting on Wednesday morning that the Hungarian government does not want to keep the help away from countries in need, they only intend to prevent "Hungary's exposure to political blackmail. If this is achieved, there won't be a veto. If it's not, there will."

At his visit to Warsaw on Tuesday, Hungarian Prime Minister Viktor Orbán also hinted at a compromise, saying: "Hungary and Poland has a good chance of winning the fight over the EU budget, provided that things proceed on the right track in the coming days," adding that the positions of the two vetoing countries and the other 25 member states keep getting closer.

This was somewhat contradicted by statements of Michael Roth, Germany's Minister of EU Affairs. On Tuesday, Roth said:

“The negotiations on the rule of law conditionality cannot be reopened, and its application cannot be delayed.”

However, according to unofficial sources speaking to Polish government-leaning paper Rzeczpospolita, a compromise seems to have been reached at the confidential talks with the German Presidency on Wednesday: A legally binding addendum will be attached to the rule of law regulation that would govern the implementation of the mechanism.

The exact wording of this addendum is not yet known, and it could possibly lead to even more debates, but it seems to reinforce Gowin's earlier – since denied – claim that Poland would find the rule of law mechanism acceptable if an explanatory memorandum would limit it to matters pertaining to the use of EU funds. Polish Prime Minister Mateusz Morawiecki hastily denied this, and the Hungarian PM Orbán promised to stick to his guns on the veto as well, promising to uphold it as long as EU budget issues remain linked to the rule of law – or as the PM put it, "political criteria."

But it seems there exists an addendum suitable for even the Hungarian Prime Minister.

Press reports – including DW.com's Polish edition – claim that this legally binding document is one of the key points of the Berlin-Warsaw-Budapest pact, the other being a written guarantee from the European Commission and Council that if Hungary and Poland withdraw their veto, they will have an option to attack sanctions against them at the European Court of Justice. The third condition could be that payments could not be suspended until such a procedure concludes, possibly years later.

The budget decision is supposed to be made at the EU summit this Friday, but Orbán has talked about long months of battles in several interviews, similarly to his Polish counterpart, which allowed for the assumption that Hungary and Poland are trying to buy as much time as possible. On Tuesday afternoon, Morawiecki said that another summit may become necessary to unblock the situation, and this was reiterated by his Minister of Foreign Affairs on Wednesday. But it seems like Angela Merkel could not afford that, as in January, the rotary presidency of the EU will be taken over by Portugal.