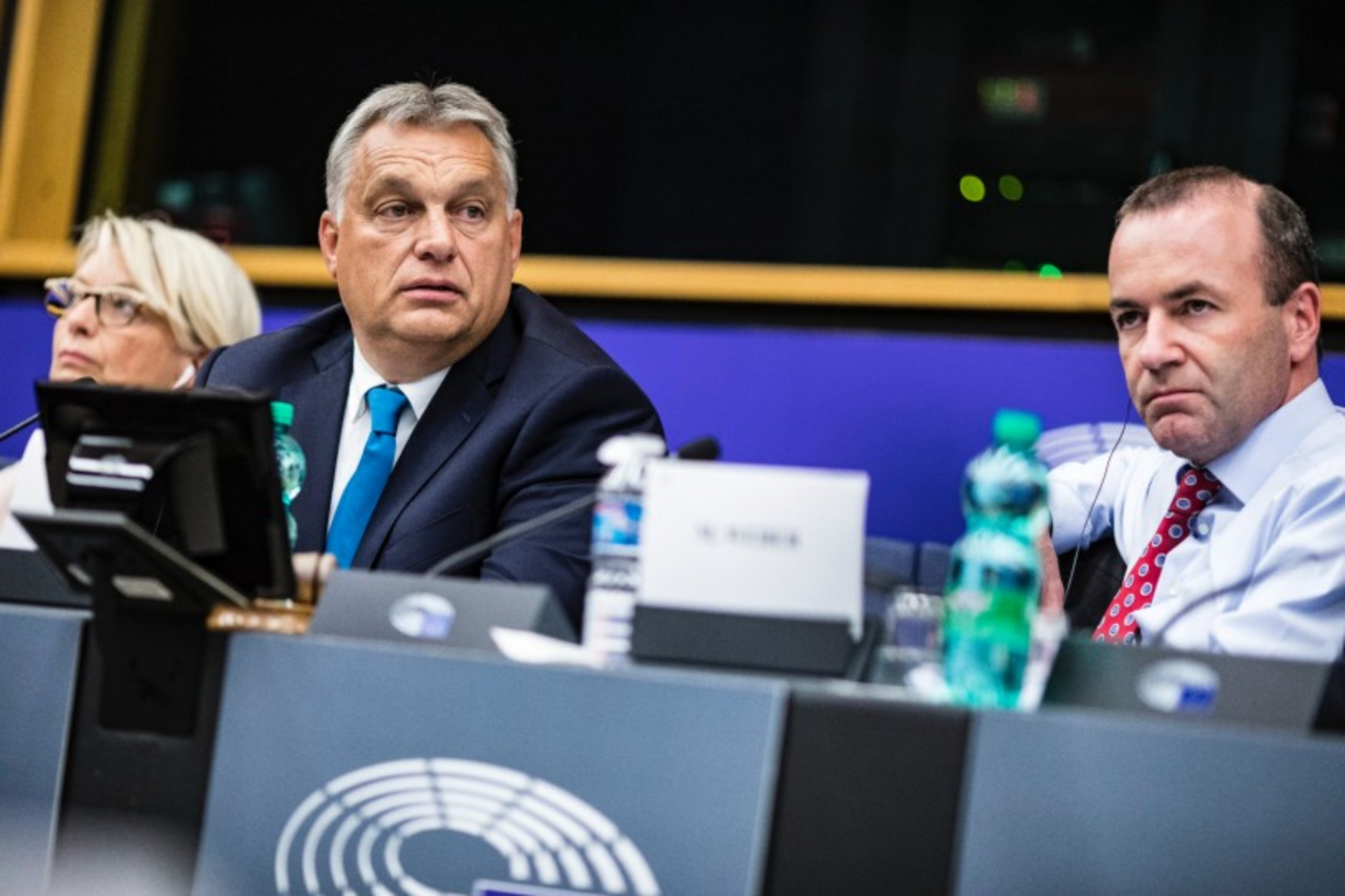 Due to the differences in views, interests, and in order to avoid difficulties in communication, Viktor Orbán suggested a looser type of cooperation between his party Fidesz and the European People's Party, similar to what existed between the political group and the UK Conservatives between 1999 and 2009. The spokesperson of the EPP Group says that if Fidesz want to leave, they are free to do so.

Viktor Orbán wants to place his party's relationship with the European People's Party on similar grounds as the EPP-ED model of the early 2000s, according to a letter acquired by Népszava that Fidesz's President addressed to Manfred Weber, leader of the EPP Group. This was confirmed to Telex by Pedro Lopez de Pablo, the EPP Group's spokesperson. As he wrote:

"I can confirm we received the letter of PM Orban. Whatever he wants to achieve with this proposal you might need to ask him."

In his since published letter, Orbán writes that he wants to to loosen his party's ties with the EPP because of differences in views and interests, and to avoid problems in communication:

However, the model Orbán has put on the table could only be enacted if Fidesz has left the European People's party, as during the period of the EPP-ED, the UK Conservatives had entered into alliance with their own European Parliamentary group called the European Democrats, which is an option open to Orbán's party:

"If the Fidesz MEPs want to leave the Group and try to negotiate such an agreement they are free to do so, no one is forced to be member of EPP."

He explained that Orbán's offer will be discussed, MEPs of the group may have to vote on it if there is no clear consensus on it, but only in due time:

“The Group will certainly debate Mr. Orban proposal. However, until now we have follow the decisions at the EPP Party level and we will continue to do so.”

As The European People's Party's upcoming Political Assembly is set to decide on expelling Fidesz, an initiative put forth by 14 member parties of the EPP. However, a physical meeting of the 200 delegates is impossible under the party's COVID-19 rules. “It is up to the Party Presidency to decide when this meeting can take place,” the spokesperson wrote, adding:

"I can only speak for the EPP Group in the European Parliament and not for the Party. The Group will certainly not take any unilateral decision that will condition the decision at Party level."

The EPP's internal debate about Fidesz has been dragging on for several years, with several officials of the EPP drawing one red line after another before the Hungarian Prime Minister in a series of stern statements, with little to no effect. The tensions have started mounting mostly after September 2018, when Fidesz's political family voted in favour of the Sargentini report, effectively starting an Article 7 procedure against Hungary, possibly resulting in Hungary losing voting rights in the European Council. Yet, Fidesz remained within the EPP.

Ultimately, in early 2019, 14 member parties of the European People's Party initiated the expulsion of Fidesz from the party. The final straw was the ousting of Central European University, and a denigrating billboard campaign depicting European Commission President Jean-Claude Juncker, Orbán's fellow EPP-member, with George Soros laughing behind his back. However, the Political Assembly did not expel Fidesz: following intense rounds of negotiations, Fidesz and the EPP came up with a compromise, suspending Fidesz from the party, worded as a mutual decision – something that could be communicated positively by both sides.

The suspension meant that Fidesz could not take part in the EPP's decisionmaking or the party's internal life whatsoever, however, the membership of their MEPs in the parliamentary group was left undisturbed.

As a part of this, the EPP set up an ad-hoc committee to investigate if Fidesz still follows the fundamental values of the European Union and the EPP such as the rule of law, academic freedom, and press freedom, but the body commonly called as the “three wise men” could not come to a clear assessment.

Orbán: No time to argue

But despite that, the feud with Orbán's party did not stop: The Hungarian government's COVID-19 measures were subject to harsh criticism within the political family. During the first wave, EPP's President Donald Tusk and other members of the EPP condemned the constitutional solutions of the (since repealed) Hungarian Coronavirus Act because they believed it was "an unquestionable affront to liberal democracy and European values," as the Government modified the rules of the special legal order in a way which practically allowed the government to rule by decree over a wide array of topics with lax limitations on emergency powers, and no sunset clause.

Until now, Prime Minister Viktor Orbán deflected criticism from his fellow EPP politicians, urging them to focus on the coronavirus instead. During the summer, Orbán wrote a letter to President Tusk saying he is all caught up in saving Hungarian lives and helping the country out of an economic and social crisis, suggesting to discuss his party's situation within the EPP "once the pandemic is over." Not long after Orbán's letter, Tusk announced that the EPP's 28 September assembly would not vote on Fidesz's membership, as it was held online, therefore the secrecy of the vote would have been compromised.

But Orbán's suggestion, which would effectively mean leaving the EPP, comes at a time when the Hungarian governing party have suddenly found themselves in hot water with their political family.

But these have only added to the tensions around the Hungarian governing party which were already running high: Three weeks ago, along with the Polish government, Prime Minister Viktor Orbán had announced vetoing the EU's multi-annual financial framework and the 750 billion Euro NextGen EU coronavirus recovery package over the rule of law mechanism linked to them, which would have made it possible to suspend funds going to countries where the requirements of the rule of law are not met.

As the group's spokesperson told us in an interview this November, the EPP was adamant on changing Orbán's mind and getting him to withdraw his veto, but even when for a moment, Poland's hand seemed to shake a bit last week, Orbán stuck to his guns, telling state radio Kossuth on Friday, that the Hungarian government is not willing to accept linking EU funds to “political requirements,” claiming that the rule of law mechanism is clearly a part of the “Soros-plan,” aiming to force migrants on Hungary who would eventually gain voting rights, and support left-wing parties before ultimately creating their own political formations. He added: “We are not stopping money from getting to those who need help,” it is those who promote the rule of law mechanism.

Although due to COVID-19, it's impossible to know when the EPP would have a political assembly capable of voting on Fidesz's status within the political family, earlier on Monday, Donald Tusk spoke to the participants of the online Political Assembly, foreshadowing what the Hungarian governing party can expect in no uncertain terms: