What may be behind the purge in Hungarian military leadership 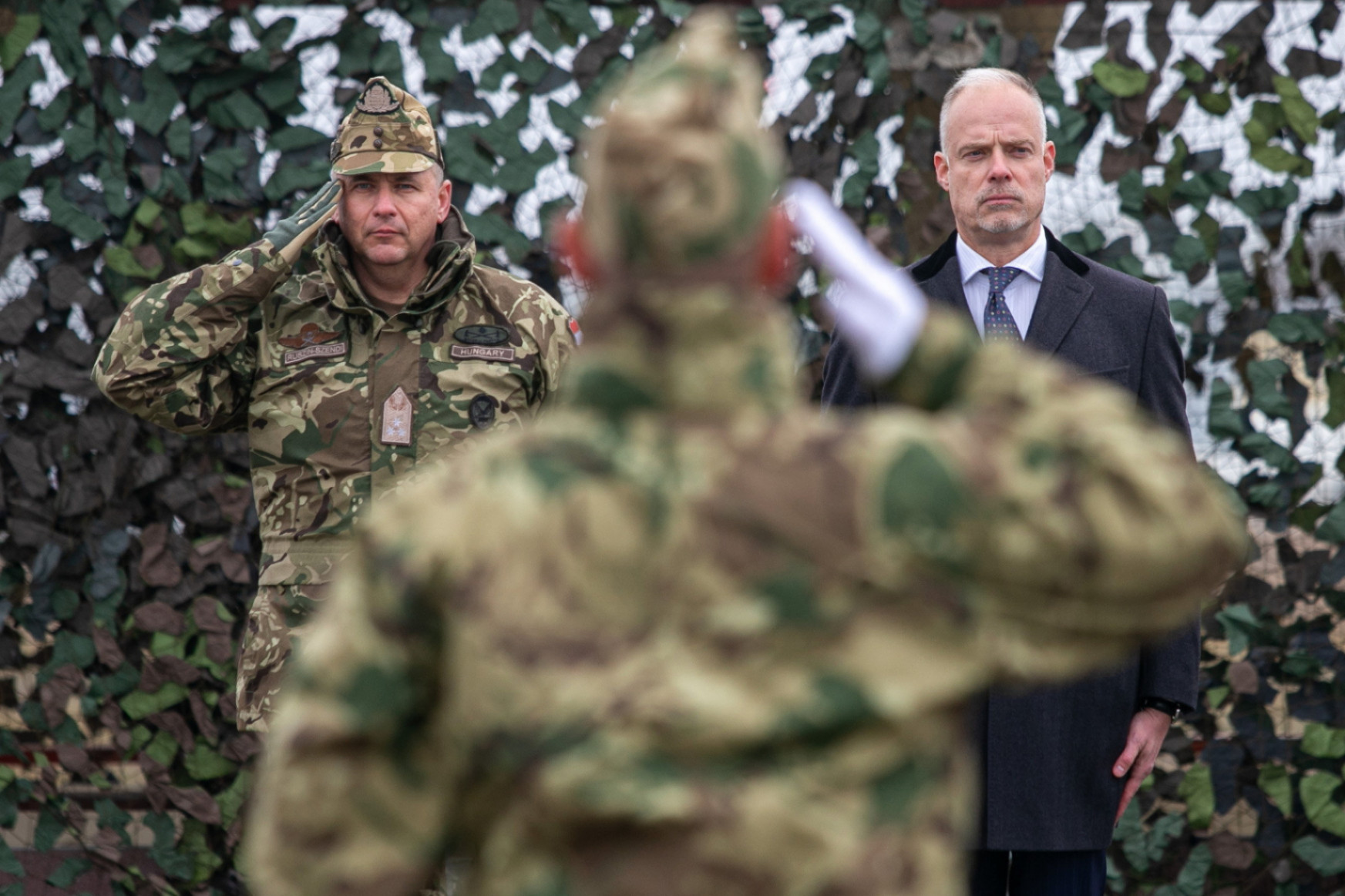 A new government decree has allowed Hungarian Minister of Defense Kristóf Szalay-Bobrovniczky to unilaterally terminate the employment of certain soldiers who have reached the age of 45 and have at least 25 years of actual service, with two months' notice.

In recent days, Telex has received a lot of information about a high number of dismissed colonels and generals. According to leaked reports, between 100 and 200 senior soldiers have so far been told that they are to leave, but this number is expected to rise further, some say several times over.

Even though it is always very difficult to get information from the circles of the Defense Forces – partly for obvious reasons of national security – this time, we tried to ask around to get a clearer picture about the dismissal of a significant part of the officers of the Hungarian army.

We spoke to a number of respected experts who have an insight into what is happening in the army. It is almost impossible to get close to the general staff, as in most cases these people are not allowed to talk to the press without ministerial permission. Moreover, many of them have been trained in the military since their teens, having been socialized to obey orders from their superiors and, even if they consider some decisions unjust, they cannot criticize them, certainly not in public.

Our sources also said that the military "has been told" that the free media, including Telex, are considered "enemies" and communicating with them is absolutely out of the question.

In addition, senior soldiers will continue to receive part of their benefits after their dismissal until they reach retirement age. They definitely don't want to risk losing this by leaking anything to the press, and it's also possible that they have to sign confidentiality agreements. The state remuneration after their discharge is, of course, fully justified: it is not easy for someone who has served 25-35 years, essentially their whole life, in the military to find a job overnight.

Some are saying it’s a political purge

All of them stressed that they were far from having a full view of the process, so the picture that emerges in our article is one of the possible explanations for the cuts circulating in military circles, and how close they are to the truth will only become clearer later.

The sources who spoke with us can basically be divided into two groups. Those who have heard that a primarily politically motivated purge is taking place are one such group. They see no justification for such a major downsizing at the time of a large-scale war in a neighboring country, and they do not understand why the organic organizational change that is characteristic of the defense forces is not considered adequate. After all, young people obviously keep coming, and older people are leaving the forces without a wave of dismissals.

Some had heard of people being called home from NATO missions, from foreign assignments, only to be told they were no longer needed, even though it was still not known who would replace them. There are also reports of senior soldiers who have been "building their careers for 20 or 30 years" and are now "white as a sheet" wondering whether they will be next. According to some reports, it is easy to "get on the list of suspects" if one has worked at a NATO command or on foreign missions for a longer time. In connection with the sackings, former Defense State Secretary Ágnes Vadai (DK) has previously also spoken about "de-NATOisation".

Others say it’s a long-awaited reform

Several sources we spoke with, who are not linked to NER, say that this is neither a political purge nor a de-NATOisation. According to them, the downsizing has been expected for a while, because the organization is "top-heavy" as the Hungarian defense forces are known to have a "disproportionately high number of officers". They also argue that the fact that the remaining younger generation are actually the ones who have been on foreign missions in greater numbers is inconsistent with it being a deNATOisation.

They also argue that the acquisition of modern weapons justifies the positioning of the younger generation. After decades of serious neglect, the armed forces are now receiving Western tanks, self-propelled guns, air defense and cyber defense systems for thousands of billions of forints, and even though handling these is not the job of an officer, their coordination and possible operational use require a different kind of knowledge.

Kristóf Szalay-Bobrovniczky also spoke of rejuvenation being the reason for the cuts, saying that the road for the rise of a young generation of commanders must be opened. The ministry's statement also contradicts the view of those who talk of deNATOisation, as the ministry is specifically aiming to better position those with international experience. It says: "Well-prepared, young officer and junior officer cadre with international experience is indispensable for the application of modern weapon systems, operational and combat procedures, and the associated training and exercise tasks. In order to enable young people to advance, the commander and officer cadre needs to be transformed."

According to our sources, it has been true for some time that in the defense forces "certain skills could be shifted downward, and more competences could be delegated to the rank and file and junior officers". The competencies of all types of personnel need to change, and in such cases, the overall staffing ratios within the force also change, with fewer officers needed in some cases.

There is also a long-standing justification for assigning more responsibility to lower ranks at lower organizational levels as well, because there are also well-qualified people, for example among junior officers. These well-trained junior officers are also given more responsibility in the armies of Western countries than in the case of the Hungarian Defence Forces. A significant number of the junior officers are soldiers with considerable service experience who have multiple degrees, with some even holding a doctorate.

If the personnel doesn’t believe the downsizing is justified, morale will deteriorate

At the same time, some question whether the current cuts were properly planned and prepared for. Some have also suggested that those who are on good terms with the minister's circles will not be sacked. The speed of the downsizing has also raised doubts in some, because although the goal may be to get more young people into jobs, making the military more attractive is not an easy task, and the armed forces are short of staff in many areas.

There may also be an economic reason for the cuts, as part of the salaries of those who are now being made redundant can be used to improve the salaries of others. There were some who questioned the ideological purge because they believe that political divisions are not characteristic of the staff. Yet others claim that some of the officers who have been made redundant may be talking of a deNATOisation out of desperation.

Some argued that the key to the whole process was the level of agreement among staff on the purpose of the downsizing. Trust is particularly important in the military. If soldiers feel it is unfair to dismiss their superiors who are well regarded by the troops, it demoralizes them.

Drastic interference can cause serious damage, because in the army, alongside individual commitment, cohesion and trust in each other and in the military leadership are of paramount importance.

Values-based, rational organizational development is needed. If this is not perceived by the personnel, because it is not implemented this way or is even poorly communicated, it can seriously damage morale. One of our sources added that the Ukrainians' war for their country is a clear example of how vitally important the morale of an army is.