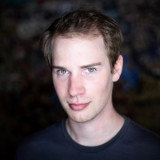 The 68th Transcarpathian Special Battalion also took part in the operation to liberate Kharkiv in the second half of September – a soldier of the battalion, Sándor Fedir writes on Facebook.

According to Fedir, the battalion liberated several municipalities, and the first to enter Ambarne, near the Russian-Ukrainian border, were three Hungarian soldiers, Laci, Áron and Bars. According to his post, the Hungarians were the first soldiers of the Ukrainian Armed Forces to „liberate and cleanse this municipality from the enemy”.

A few days ago, the battalion commemorated 23 October with the banner „Russians go home!”. Fedir, by the way, is a professor at the National University of Uzhhorod, and back in May, he was teaching a class from the trenches. He is a tourism expert and sociologist in his professional life and works on urban and regional projects.