Unemployment in Hungary expected to rise sharply in season ahead 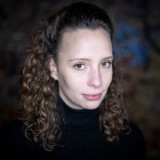 László Parragh, President of the Hungarian Chamber of Commerce and Industry (MKIK), gave an interview to Portfolió in which he spoke about the current energy crisis – which, according to him, will inevitably lead to an increase in unemployment in Hungary.

He spoke about the question of Sunday shop closures (it has previously been suggested that shops could stay closed on Sundays to reduce their utility bills in the winter months), and the fact that if Hungary does not receive the expected EU funds, it would further complicate the already difficult economic situation in the country.

"All of Europe is facing recession, and Hungary cannot escape this either, but we must try and soften the blow,"

the president of the Hungarian Chamber of Commerce and Industry said. The most important thing in surviving the recession is to remain in operation, which is why the future of the Széchenyi Card Programme is the key issue, explained László Parragh.

The chamber is proposing help for the manufacturing industry in maintaining liquidity, creating opportunities for a technological shift, and moving to more efficient and greener energy use. "We are proposing that in order to achieve this, manufacturers should receive state support for their increased operating costs, as well as for their efforts to maintain jobs, as well as have access to subsidised funds to help them stay afloat." According to László Parragh, an increase in unemployment is inevitable. In his opinion, there is not enough money in the budget to save jobs.

"Unfortunately, unemployment is expected to rise substantially, and there is no way to avoid this. This is not a bad thing either, because we know that the economy is never stationary, it is always alternating between booms and busts. Right now we need to work on stopping the downward spiral as quickly as possible and getting back on track to a new upsurge," he said.

What if the EU withholds the funds?

Touching on the possible loss of EU funds, Parragh said that if the EU disburses the funds due to Hungary in time, the balance of payment deficit could be managed. "It would also help if part of the country's savings were in euros. It creates a big problem that they are not. I find it unthinkable that we are financing ourselves exclusively in forints," added the MKIK president.

The European Commission has recently proposed a large-scale freezing of funds for Hungary with the goal of protecting the EU budget against the violations of the rule of law in Hungary. This could mean the blocking of €7.5 billion, or about 3,000 billion forints. However, if the Hungarian government implements its own commitments by 19 November, and if the Council of the European Union accepts them, there will be no cut.

During the interview, László Parragh was also asked about inflation, and according to him, there is no process "that would cause inflation to fall to a drastically low level, apart from the emerging recession". The rate of inflation is already reflected in a number of things: the soaring food prices, the rising prices of construction products and even the price of highway passes.

He also spoke to Portfolio about the upcoming winter and the heating season, saying that the most important thing now is for households to reduce their energy consumption and, if they can, invest in a more efficient heating system and window replacements.

What about Sunday store closures?

At the end of the interview, Mr Parragh also said that "MKIK has no proposals with regard to the Sunday store closures". According to him, the market is regulating itself on this issue, with many opening later and closing earlier – both on weekdays and on the weekend.

The idea of closing on Sundays has been floating around in the context of the energy crisis, as it would save businesses a lot of money. "If the decision-maker were to request it, we can of course ask companies whether they would like to be open or closed on Sunday, but we have not received any such request," the president of the Hungarian Chamber of Commerce and Industry said.