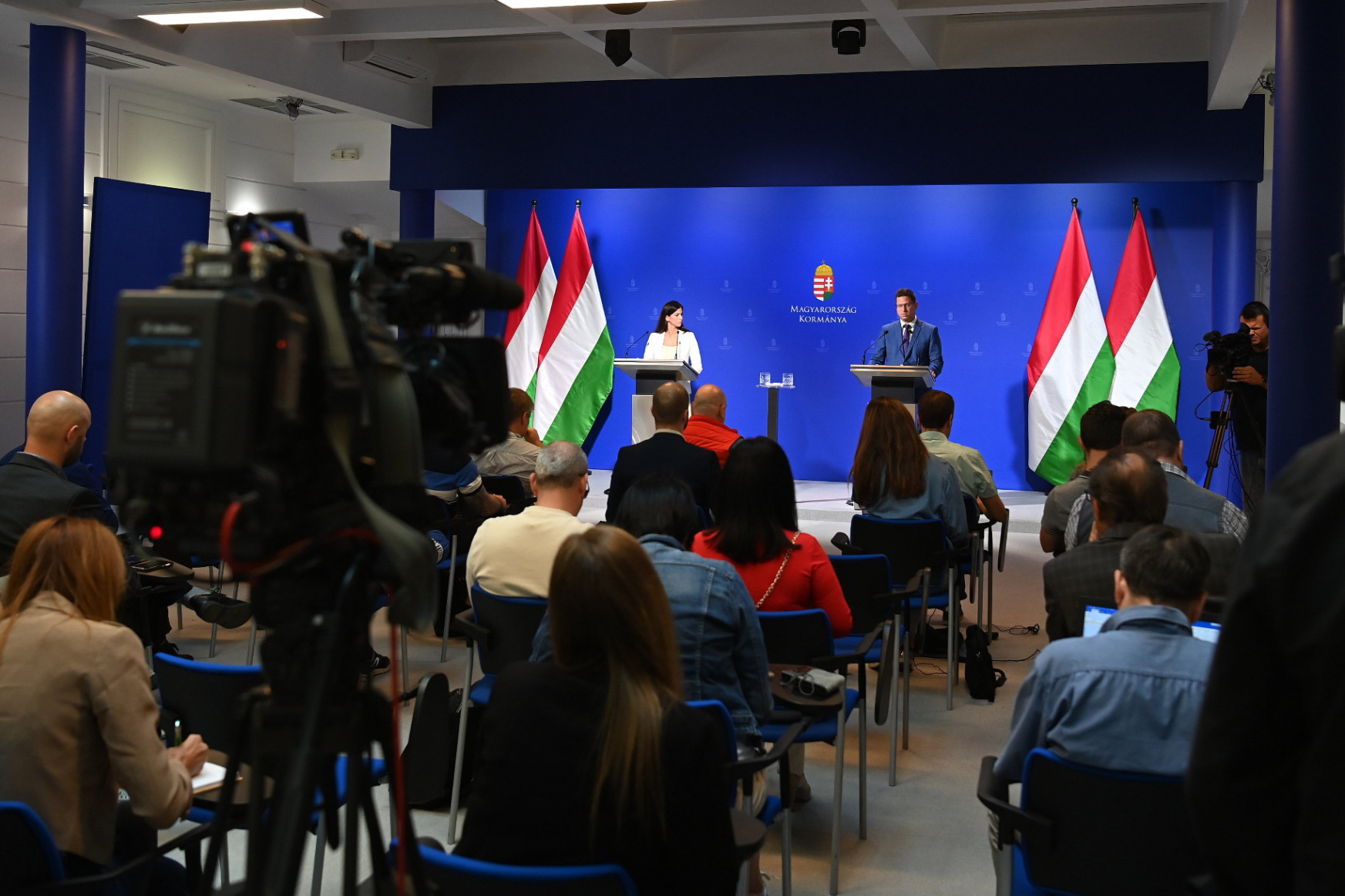 The first government briefing since the Prime Minister returned from his holiday was held today. As usual, Gergely Gulyás, the Prime Minister's Chief of Staff and government spokesperson Alexandra Szentkirályi were there to inform the public and answer the questions of the press. Below are the most important points discussed.

On handling the energy crisis in Hungary

The Prime Minister’s Chief of Staff said that it is clear that the energy and economic situation is difficult throughout all of Europe, and this has led to an economic crisis.

While the price of central heating will not increase, the government's aim is to avoid closing schools, kindergartens and nurseries because if parents cannot go to work, it is not good for the economy.

The government is committed to helping social institutions with their utility costs if needed, but "the primary responsibility lies with the maintaining body", according to the minister.

In recent days several local governments from across the country have signaled that with their utility expenses likely to increase significantly, they may be faced with very difficult decisions and even insolvency.

Regarding their situation Gulyás said that negotiations are ongoing, but the goal is for everyone to secure the extra funds needed to cover energy bills on their own.

On how inflation should be handled

Gulyás said that according to the government, the remedy for the impoverishment in the country and the people who can no longer afford to do their shopping as before would be to suspend sanctions. In that case, the inflation rate would immediately be halved, the minister said.

"Our response to the aggression was the wrong one”

The government will decide on the extension of the price caps (for basic food items, petrol, etc) within the next week or two. The price freezes would expire in early October.

On EU funds intended for Hungary

When asked about the money from the EU recovery fund Hungary has been vying to receive, Gulyás said that there is agreement with the EC on most technical issues. Judit Varga is continuing negotiations in Brussels and Tibor Navracsics is also in talks with EU commissioners. Gulyás asked the left to stop "holding the country back" and said that left-wing EU politicians are doing everything they can to prevent Hungary from getting the funds, which would – among others – benefit teachers.

On the soon to be set up anti-corruption authority

Gulyás added that he is not aware of any cases where the Hungarian authorities have not taken the necessary steps to deal with suspected corruption in public procurement. The minister said that the need to set up a new monitoring body was raised in Brussels, and the government accepted it, but precisely because in their view everything is fine. So why there was a need for a new anti-corruption body is a question to be raised in Brussels.

On the demands of Hungarian teachers

As for the extraordinary start of the school year, Gulyás said that for the time being they can promise teachers a 10 percent pay rise from January, but they are also working on further increases. The government is still relying on EU funds for this: until the country has access to EU funds, it is more difficult to talk about planned increases according to the minister. A student who protested in support of his teachers in Budapest a few days ago saw this somewhat differently.

To a question about the V4, Gulyás said that the Polish-Hungarian alliance was the most important part of this cooperation. It is clear that there is no agreement between the two countries on the situation in Ukraine, and according to the Minister a minimum should be set. He added that in the future, we should cooperate on issues on which there is agreement.

On the independence of Hungarian judiciary

In fact, the minister said that the Hungarian judiciary is "so independent, it is almost becoming independent of itself". In response to a question from Telex, Gulyás said that although occasionally there are disputes between the National Judicial Office and the National Council of Judges, there is nothing wrong with that.

The minister said the EU had no problem with the appointment of judges, and said that this was a misunderstanding.

Gulyás said that the practice has remained unchanged since 2017, and the government has nothing to do with the appointment of judges, "they can replace all of them for all we care".