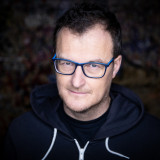 It was in 2013 that the centralization of school textbook publishing in Hungary was initiated with a government decree, and the process became final in 2014. Since then, only authors approved by the education authorities are allowed to write textbooks, and several pre-2014 textbooks have become unavailable, while new ones are published regularly.

One of the wonders of the new school year is that new textbooks are released, so each September we have the opportunity to look at the world from a whole new perspective. This year for example, some Hungarian eighth-graders have received serious help from the writers of their geography textbook in making sense of the war in Ukraine.

We are talking about Ukraine, the independent country, which had a portion of its territory (Crimea) invaded and occupied by Russia in 2014. Following said military invasion and a referendum contested by the international community, Russia then proceeded to annex Crimea. And then in February of this year, the Russian military attacked Ukraine, and its people have been fighting for their homeland ever since, with the support of the Western countries – minus Hungary.

And here’s how all this is explained to Hungarian eighth-graders in this new textbook:

“The majority of the country’s population are Ukrainians, but there is a significant percentage of Russians living in the country’s Eastern territories. In the Crimean peninsula, for example, they constitute a majority. The two East Slavic languages (Russian and Ukrainian) are similar. In the parts of the country where Russian nationals live, a fifth of the population speaks a mixed Russian-Ukrainian language. In spite of this, there are frequent conflicts between the two ethnic groups, and their opposition has resulted in an armed conflict for the Crimean peninsula (4.2).”

The 4.2 in the brackets is a reference to an illustration found in the chapter. It is quite likely that even the editors of a communist era daily in the nineteen-fifties would have nodded approvingly in response to the drawing below:

Apparently, this is what the geography textbook published on the National Platform for Public Education has to say about a neighboring country which was aggressively attacked: there are three world powers fighting over it. Not to mention the shifty way of referring to the occupation of Crimea which is reminiscent of things made up by the Kremlin’s best propagandists.

The quote and photo we published in our original article are from the book’s 2018 edition.

This is significant because after our article was published, we were contacted by one of our readers who is in possession of the 2017 edition of the same geography textbook – since his son is currently using it in school. Interestingly enough, the passage in question is somewhat different in that edition’s chapter on Ukraine. This is what it says:

“In recent years there have been constant tensions between Ukraine and Russia, until in 2014 Russia absorbed the Crimean Peninsula. Following a referendum and much fighting and loss of life, the Russian majority in the Donetsk and Luhansk districts of Ukraine declared the Donetsk People’s Republic and the Luhansk People's Republic. They soon united under the name “New Russia”. Neither the UN, nor the European Union recognizes this entity.”

The current “smart book” (which can be downloaded in pdf-format as well is published by Eszterházy Károly Egyetem and Oktatáskutató és Fejlesztő Intézet (The Institute for Education Research and Development). The authors of the 2018 edition are: Adél F. Kusztor, dr. Mariann Makádi, Péter Pokk and László Szőllőssy. Lead editor was István Arday, dr. László Mari served as scientific expert, and the experts contributing to it being declared a textbook were dr. Zoltán Szenyéri and Zsófia Kempfner.

We have contacted both the university and the IERD to find out what professional or other reasons warranted the rewriting of the textbook. We also asked them whose decision it was to take the term “absorbed” and the references to the Crimean armed conflicts out of the text, as well as what they think is the explanation or message of the “illustration” marked as 4.2.

As soon as we receive an answer, we will be sure to report it.

If you want to make sure to stay informed about quick, accurate, and impartial news from and about Hungary, subscribe to the Telex English newsletter!