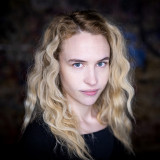 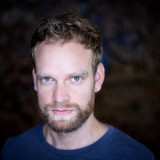 Holding fireworks to celebrate the anniversary of Hungary’s statehood day has been a tradition all across the country for a while. Bigger and smaller towns alike have surprised the local population with a treat for the eyes on 20 August for a long time.

In spite of the tradition, at the news of the economic state of danger, several towns – including some lead by a Fidesz-member mayor – have announced that they have canceled the St. Stephen’s Day fireworks for this year and will spend the money on other things instead.

They will spend the money on other things

The leadership of Siófok, Szentes, Pécs, Miskolc, Törökbálint, Sümeg and Salgótarján have so far confirmed that they have allotted the funds for other purposes.

Róbert Lengyel, mayor of Siófok explained on his Facebook page:

„With this decision, the city government wishes to express its solidarity with the suffering civilians of the nations affected by the war.”

The mayor of Sümeg, László Végh justified their decision as follows:

„Everyone, all of Europe, including Hungary, is anxiously awaiting autumn and winter. ”By not having fireworks this year, the municipality of Sümeg will save 500 thousand forints (about 1240 euros) which will be distributed among those in need. Exactly how this will be done is to be decided at the end of September. At the end of the post, Mr Végh stresses that the decision is not directed against the government's action, and it is not affected by the size of the fireworks in Budapest.

In spite of all this, the government is preparing to go ahead with the lavish celebration of the founding of the state on 20 August with Europe's biggest fireworks display in Budapest, and a four-day celebratory lineup of events preceding it.

The costs cannot be made public for ten years

It was at the end of June that opposition party „Párbeszéd” sought information on the preliminary cost estimates for the fireworks and the four-day programme through a public interest request. The response arrived earlier this week, but it did not include any figures. The Hungarian Tourism Agency (MTÜ), citing the law on freedom of information and self-determination on information wrote in its response:

„The data on which the decision is based shall not be made public for ten years from the date on which it was generated.”

What is known for sure is that the fireworks alone will cost 1.6 billion forints (close to 2,5 million euros) this year. This was stated in a press release sent out by the Hungarian Toursim Agency (MTÜ), but no information was given on the additional elements or the further costs of the programme.

According to an article in Átlátszó, and based on the information they received through a public interest request last year, the programmes organised for the celebration of 20 August in 2021 cost nearly HUF 12 billion (approximately 18,7 million euros) in 2021.

It was barely a week ago that the Hungarian government announced a state of danger due to the energy crisis looming over Europe as a result of Russia’s war on Ukraine. The Orbán government even went as far as touching one of its signature policies: the utility cost cuts, which have long been hailed as one of the sure signs of the government’s family friendliness.

The recently published details of the change in the utility cost cuts state that households whose consumption does not exceed the calculated average usage will continue to pay the capped prices even after August 1st. However, any consumption that exceeds the average will be charged at a new, increased price: the cost of gas will increase to seven times its current cost, and the price of electricity will double.

At the same time, the Rule of Law Mechanism procedure, which was launched against Hungary in April of this year is still ongoing. If it is proven that the EU’s financial interests are directly breached in Hungary, the country could be penalised by the EC by suspending or blocking a significant amount of EU funding intended for Hungary.

Even Orbán Viktor himself touched on the delicate economic situation in his radio interview last week when he said that „we now have to fight for everything we used to take for granted. There will be two big battles: for energy, for a budget to live on, for affordable utility bills, but there will also be a fight for jobs.”

It remains to be seen whether the Budapest celebrations will indeed go ahead as planned. At least 140 000 citizens who have signed the online petition against them certainly think they should not.