Hungarian politicians react to the news of Russia's attack on Ukraine 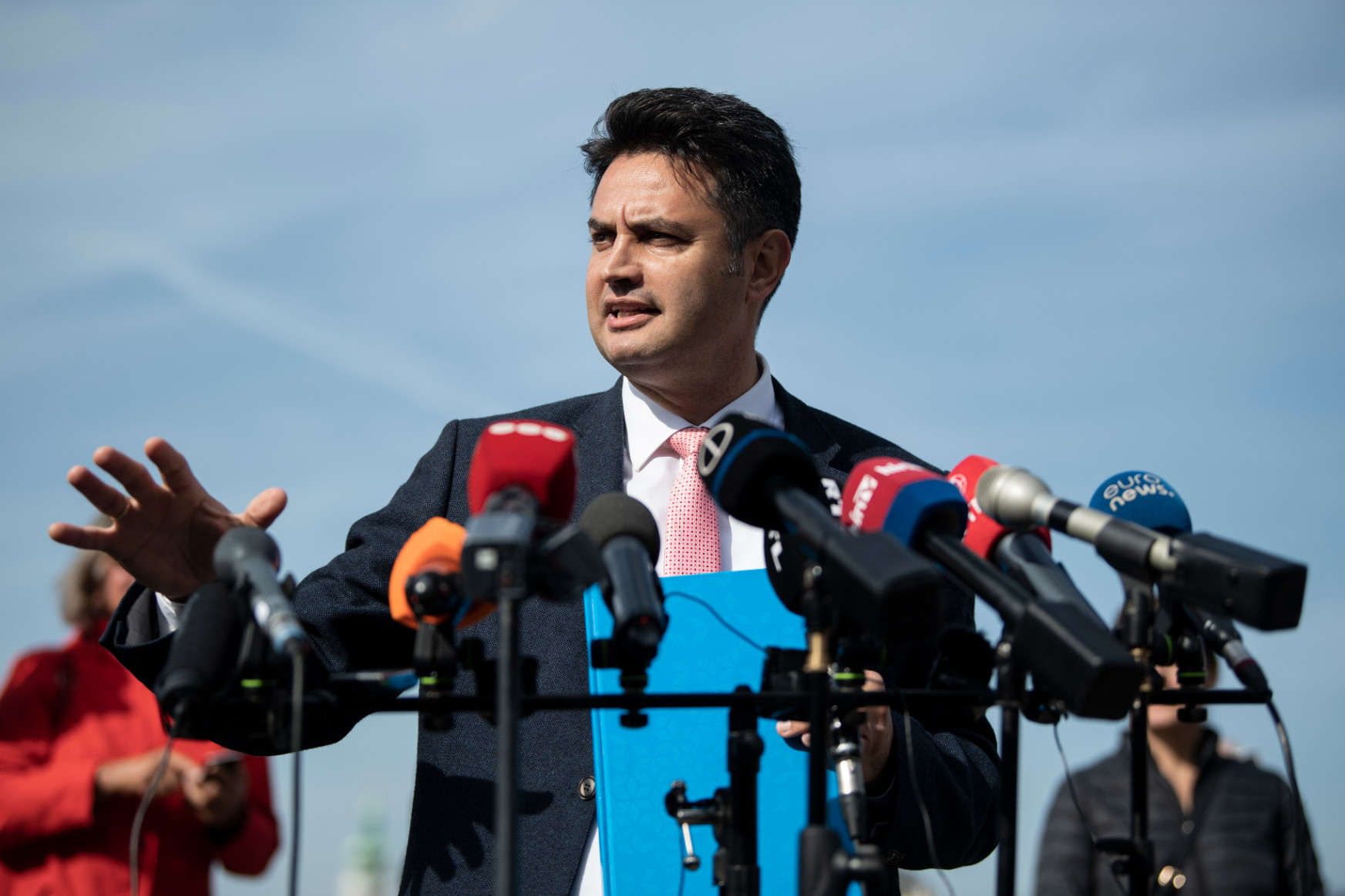 The leaders of the Hungarian opposition are standing with Ukraine and are criticizing the Hungarian government’s Russia-friendly politics. Here’s how they are responding to the news that early morning on Thursday, Russia attacked Ukraine. Translation by Andrea Horváth Kávai.

“In 1956 we learnt what it’s like when Russia invades an independent country. Now the same thing is happening in front of our eyes: Vladimir Putin’s Russia has attacked Ukraine.” – reacted to the news of the Russian attack Péter Márki-Zay, the Prime Ministerial candidate of Egységben Magyarországért (United for Hungary). ”Just yesterday, Putin’s »mistress« was attacking us about what NATO’s position is, but today, he is forced to parrot the same thing through his propaganda machinery. It’s his typical weathervane behaviour.”

In his Facebook post, Márki-Zay holds Orbán accountable for not having condemned the steps taken by Putin and the war started by Russia.

"The Hungarian Prime Minister is nothing short of the biggest traitor of the West, and the most important mistress of Putin. We condemn the war started by Russia and stand with Ukraine and the Hungarians in the Transcarpathian region.” – writes the opposition’s Prime Ministerial candidate.

Later this morning, Márki-Zay held an on-line press conference where he said that "unfortunately, by now it is obvious for everyone that Viktor Orbán is not a reliable ally of the European Union and NATO.

The opposition demands that the Hungarian government put on hold the licensing procedure of the Paks 2 nuclear plant, and to immediately expel the Russian International Investment Bank from Hungary."

Márki-Zay also announced that the unified opposition is organising a protest for Thursday evening at 7 pm, to be held in front of the Russian Embassy in Budapest. With this act, the opposition parties wish to express their solidarity with the people of Ukraine and the Hungarian national minority in the Transcarpathian region.

Ferenc Gyurcsány: The Hungarian government should not hide under the skirt of Brussels at this time

"Russia is an agressor. They attacked an independent, sovereign state. There is a war next door to us. And in such a case, we should act as well.” – thus begins the Facebook post of Ference Gyurcsány, the president of DK (Democratic Coalition) on Thursday morning.

“Unfortunately, the Hungarian government has been pursuing a pro-Russian policy for a while (which is very different from the joint European approach to Russia). At this time, the government should not try to hide behind Brussel’s skirt! They ought to speak plainly and condemn the aggressor! And they should do what they can.” – writes Gyurcsány.

He further recommends that the Hungarian government put the Paks investment (the extension of Hungary’s nuclear plant to be built by Russia) and the discussions about the Hungarian production of Russia’s Sputnik vaccine on hold, to express solidarity with Ukraine and its people, and to declare plainly that Ukraine’s borders are not to be violated. “In other words: they should behave honorably. They should perhaps also read the goodbye letter of Pál Teleki (Hungarian prime minister during the early stages of WWII). I am sure they know why, right?” – adds the president of DK.

Karácsony: Budapest is preparing for the potential influx of refugees due to the war in Ukraine

The mayor writes that Budapest is part of the international cooperation which “condemns Russian aggression and stands with the Ukrainian capital, Kiev, which is now under attack.” For this reason, this morning, the flag of Ukraine was placed on the Budapest city hall.”

“Unfortunately, we must prepare for the consequences of the Russian aggression – which has already caused much suffering – reaching us as well. Because of this, the Operational Group of the city of Budapest has begun an assessment of the responsibilities of the capital in dealing with a possible refugee situation caused by the war." – concludes Karácsony.

“Orbán has been strengthening Putyin in opposition to the West for years. And now, Putyin attacked a sovereign country. This morning, Ukraine woke up to the sound of Russian weapons. This is something we, Hungarians are familiar with.” – writes Péter Jakab, president of Jobbik on his Facebook page. ”We have experienced this a few times throughout our history, and we do not want to go through it again. Anyone who is working to strengthen the agressor, and serves them politically and economically, poses a threat not just to peace, but also for the sovereignty of Hungary as well.”

"Orbán is Putyin’s Trojan horse. And at this time, also the biggest threat to our national security. We stand with Ukraine!” – states Jakab.

"At dawn on Thursday, Russia attacked Ukraine. Momentum condemns all forms of war and agression.” – reacted to the news briefly Anna Donáth, president of Momentum.

"War has started. Orbán and Szíjjártó – who received the order of merit „For Russian friendship” have once again, navigated the country to the wrong side. We stand with Ukraine, with Europe, and with peace – and not with the dictator, Putin.” – writes Tímea Szabó, co-president of Párbeszéd.

“Unfortunately, the worst-case scenario has happened next door to us. War has begun” – Péter Szíjjártó said in a live video on Thursday morning. The Hungarian Minister of Foreign Affairs added that even the efforts of the biggest and most powerful countries have not been able to prevent this war from breaking out. ”Hungary’s position is clear: we stand with Ukraine, we stand for Ukraine’s territorial integrity and sovereignty” – he said, adding that Hungary will take part in all consultations with our allies aimed at preparing a coordinated response.

Szíjjártó confirmed that the Hungarian embassy in Ukraine is operating, and he requested that all Hungarian citizens in the central and Eastern part of Ukraine contact the embassy in Kiev.