The last time that food cost this much, it led to revolution 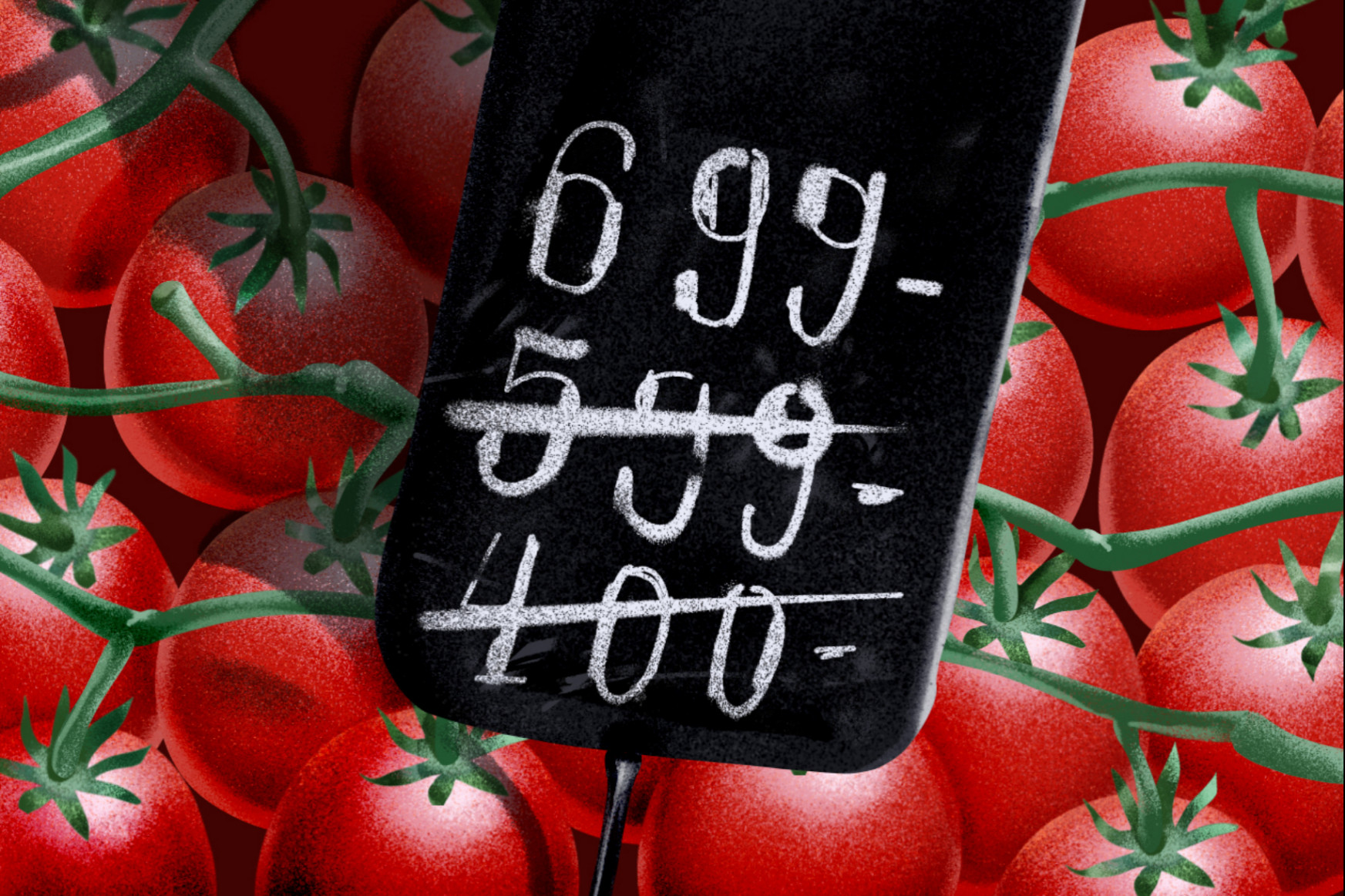 Inflation is rather like the first kiss. Everyone remembers it, but each person remembers it differently. Like when a packet of cigarettes was only 490 forints. Or when the 100-forint shop became the €1 shop. As a student I used to go to a self-service restaurant where for some reason instead of giving fancy names to the chicken sandwiches they called each one by its price. I much preferred not being prey to the whim of the marketing department and having to ask for a Big Cow or a Rebel Giant when ordering my hamburger. But once, when I came back to college after the summer, my regular 570, a chicken sandwich costing 570 forints, had become the 630. By the next year I was having to ask for a 680, and then later for a 750. Now the good old 570 sandwich must cost at least 1,000 forints. I haven’t bought one for years, but I imagine it now has an excellent inflation flavour.

And that was all when inflation was moderate.

With inflation on the rise in Hungary, the Central Bank adjusted its earlier annual forecast upwards at the end of September. Now consumer prices are expected to rise 4.6-4.7 percent this year. Food prices are forecast to go up just 3.2 percent this year, but next year that figure may be 4.8 percent. However, since that forecast was made, one of the economic problems that is a key factor pushing up inflation has worsened. Food prices on the global market have continued to rise, and at the highest rate for ten years. According to the September figures, the price of cooking oil has gone up by 32.6 percent compared to the same time last year; margarine by 15.4 percent, workplace food by 9.4 percent, poultry by 9.3 percent and restaurant food by 7.3 percent.

When prices last rose at such a rate, it led to serious social unrest in many countries. The hike in food prices was a factor in the outbreak of the Arab Spring.

The UN’s food agency, the Food and Agriculture Organization (FAO), has its own Food Price Index (FFPI) based on the international market price index of five key products: vegetable oils, cereals, sugar, meats and dairy products. The FFPI shows how steeply prices have been rising — by 1.2 percent in the last month alone and by a massive 32.8 percent in the year up to September 2021.

This unparalleled rise is partly due to particular events, but is also a result of more general market trends, as is indicated by the variations according to the category of food:

While global prices have undoubtedly been affected by one-off circumstances, there is also a clear and steady rise in prices. According to FAO forecasts there is no end in sight to the price rises, and the rate of increase may grow in coming months.

When the world economy began to recover as pandemic related restrictions eased, it was not always an easy transition. Many countries and whole sectors suffered from labour shortages, reduced production levels and changes in demand. Many companies were simply not able to pick up where they left off the previous year. In the food industry, demand is already close to pre-pandemic levels, and supply has not been able to keep up.

Demand for products for both human and animal consumption is high, especially in China since countries have been building up their reserves in the interest of food security amid concerns over the pandemic.

There was a La Niña episode in 2020-2021 that affected the main food exporting countries, including Argentine, Brazil, Russia, Ukraine and the US. A widespread period of very dry weather hit production levels badly.

The strong demand for biofuels has diverted agricultural production away from food production.

Consequently, as leading industry players have forecast, we can expect further rises in consumer food prices, as retailers cannot be expected to swallow all the growth in costs and sooner or later will pass on the global price rises to the consumers.

This doesn’t simply mean that food will cost more in your local shop. If food prices go up around the world, in richer countries the cost of other products, such as electronic goods, will also go up.

Prices will clearly hit workers hardest in developing markets and poorer countries. They spend a large amount of their income on food and will need more money. The more money spent on labour, the more expensive the products that are exported around the world to the richer nations.

A century of increasingly expensive food

Looking back, we can see that the cost of our food has been continuously rising for decades. The spread of family farms conquering North America put a brake on rising food prices in the middle of the 19th century. That lasted until the end of the Second World War, after which the revolution in farming methods kept in check the creeping rise in food prices. This was when new production methods, fertilizers, pesticides and improved seed varieties led to cheaper foodstuffs.

It is yet to be seen if a similar revolution in production will emerge to bring prices down. The rapid development of robot peasants and harvest drones operating with artificial intelligence could offer a possible solution for agricultural sectors suffering from labour shortages that have worsened during the pandemic.

If the economic problems caused by the pandemic do finally go away, the situation is still likely to worsen, since the changes related to the climate crisis can be expected to reduce production levels in agriculture.

It is not only environmental damage that will affect food prices. Environmental protection will also contribute as the spread of organic production in agriculture will similarly lower output. In the words of Cynthia Rosenzweig, a climate researcher at the NASA Goddard Institute for Space Studies, at Columbia University in New York, „The threat of climate change affecting people’s food on their dinner table is increasing.”