Five important consequences of the opposition’s battle royale and unification 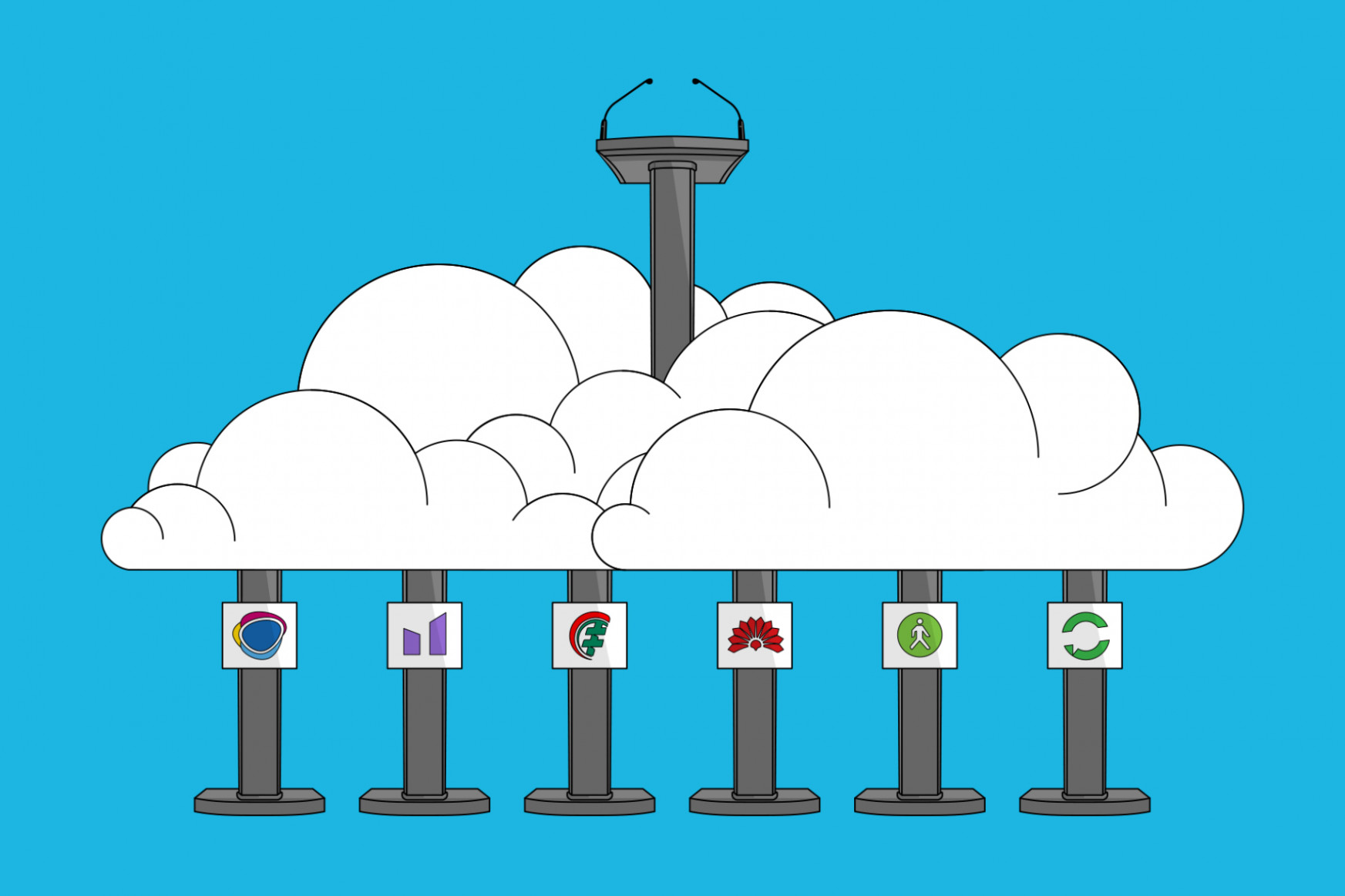 When it comes to Hungary’s 2022 elections, one thing is for sure: the six opposition parties (DK [Democratic Coalition], Momentum, MSZP [Hungarian Socialist Party], Jobbik, LMP [Hungary’s Green Party], and Párbeszéd [Dialogue for Hungary]) will be running with joint candidates on a single electoral list against that of Fidesz-KDNP. Before that, however, these six parties still have a bit of a challenge ahead of them: prior to their „big unification,” the parties still have to arrange and conduct the primary election, which poses a serious political, organizational, and communicational task for all of them. Translated by Dominic Spadacene.

The date, execution, as well as some of the rules of the primary election were announced on Sunday, but the party leaders and their advisors have been negotiating the terms for months. In light of the information we managed to gather, let’s take a look at what sort of primary election we can expect in a few months and the kind of impact it could have on the 2022 general election.

1. The opposition will have its joint candidates by this fall

All around the world, the primary election institution is a practical campaign and agenda-setting tool for parties who make use of it (a good example of this is the U.S. presidential primary, which is a process lasting for several months prior to the general election). And yet, the most important result of this process is the selection of the candidates. The first time a primary election was held in Hungary was by the opposition prior to Budapest’s 2019 mayoral election. The winning candidate, Gergely Karácsony, subsequently went on to defeat István Tarlós by a margin exceeding all projections. It was also via a primary election that the parties decided on the mayoral candidate of Ferencváros, Krisztina Baranyi, who then won the actual election easily.

At this stage, here is what we know about the upcoming primary election:

The most important, tangible result of the primary elections will be that by the end of the fall, the parties will have their prime ministerial candidate along with the candidates of the 106 constituencies.

2. The opposition will have an elected leader

There are several significant consequences of the fact that the opposition will all get behind a single prime ministerial candidate who heads the joint electoral list by this fall. One considerable upshot of the primary is that the winning prime ministerial candidate can begin campaigning with indisputable legitimacy and face off with Viktor Orbán. Still, it is equally notable that the opposition will have a leader who will serve as a point of reference both within and outside of the opposition after more than ten years.

The prime ministerial candidate’s word will be final concerning internal disputes. Their position will be decisive if disagreements arise regarding programs. Finally, they will be the one to determine the campaign’s political and communication strategy.

The last time the Left was led by a single individual – one who shaped his party’s present and future – was in 2008. It was Ferenc Gyurcsány. And try as Fidesz might to imply that Gyurcsány is still the leader, the future prime ministerial candidate will most certainly be a more influential figure for the opposition than he.

So far, we have mostly been focusing on the favorable consequences for the opposition. However, it is undeniable that they will have to be prepared to deal with the negative aspects as well. The primary election is also a contest between parties and candidates. The opposition parties are already eagerly vying for seats: each of them is mentally constructing and planning their 2022 parliamentary faction. Even one of the prime ministerial candidates, Péter Márki-Zay, referenced the conflict in his annual press conference this past week: „I can report to you, happily for that matter, that the opposition, although properly united on the outside, is – thank goodness – not without its serious disputes, disagreements, and differences on the inside.”

The parties’ biggest clashes are expected to be over the prime ministerial candidate and for just how many constituencies they will be able to put up a candidate. In terms of constituencies, the more visible struggles are taking place in those already considered a sure win. As such, it isn’t surprising that we’re seeing most of the jostling taking place in Budapest. The real danger for the opposition lies in the possibility that the battles for seats get out of hand and escalate into something of national significance. Such a thing has already happened in Zugló (a district of Budapest), where Momentum has lined up Ákos Hadházy to compete, essentially accusing MSZP’s Csaba Tóth of corruption.

Of course, the parties and candidates could very well inflict such wounds on one another in other constituencies as well, and there will be hardly enough time to recover from them before the general election campaigns. So candidates must take care when going on the offensive against their opponents in the primaries so that, if necessary, they’re capable of expounding on their virtues just a few weeks later (this is a well-established tradition in the US, but Hungary’s politicians have little practice in it). For example, the opposition could find themselves in a sticky situation if they bring up unpleasant matters about each other since it would also give Fidesz more ammunition for its campaign trail.

4. To what extent will financial resources be wasted?

Primary elections, especially 106 of them, aren’t cheap. The opposition parties naturally have to pool some funds together just to conduct them. Add on top of that the expenses of campaigning for their own candidates: flyers, signboards, campaign workers, possible facility rentals, etc. The primary election process is already costing a lot as it is, and the parties have to manage their finances so that they still have funds when the time comes for the real face-off with Fidesz.

From the parties’ perspective, the primaries are very much part of the actual campaign since it is in this phase that people will get acquainted with their candidates. Further, many voters won’t even notice the transition in campaigning from the primary election to the general election. For this reason, the parties need to consider where they ought to be focusing most of their funds, i.e., where their campaigning needs to make the biggest splash: the swing constituencies. Such are considered the constituencies by both the opposition and Fidesz where the outcome isn’t already preordained, that is, where the quantity and quality of campaigning can make an impact. For example, no matter how much the opposition campaigns in the district of Csorna, Fidesz is bound to take it. Similarly, Fidesz stands no chance in Budapest’s 13th district, no matter how much money they invest in the campaign there.

So in the coming months, the opposition will also have to deal with the not-so-easy task of planning their budget based on their long-term interests (the 2022 election) and not just spend with their short-term goals (the primaries) in mind.

5. Fidesz may be forced to redesign its strategy

There is yet another, even more important, consequence of the opposition’s alliance and the primaries that we’ve yet to mention: the new challenge that Fidesz faces. Orbán has been elected three times (retaining two-thirds of the National Assembly) because the opposition was fractured for one reason or another. Parties unable to join forces were up against the massive, organized Fidesz bloc. In 2022, however, Fidesz will find itself up against a similarly massive, albeit not as organized, bloc. What’s more, there’s an idea giving the opposition a unified identity, which is not to be underestimated: Orbán needs to be replaced at all costs. This idea is precisely what Fidesz would like to chip away at by keeping people’s attention focused on the opposition’s controversial Ferenc Gyurcsány and, in this way, divide and demobilize opposition voters.

The dynamics of the primary electoral process and its final result are unpredictable for Fidesz as well. The kind of campaign Fidesz will have to run varies widely depending on whether the primary winner (and consequently the joint prime ministerial candidate) is Budapest’s current mayor, a mayor outside of the capital, a party president who has never held a public office, Jobbik’s president, or perhaps even Ferenc Gyurcsány’s wife (Klára Dobrev).

Naturally, Fidesz is also keeping a close watch on the constituency primaries. Still, according to our sources, Orbán’s party has already decided to concentrate its resources on just about half of the constituencies. In the electoral districts where the victory of Fidesz or the opposition can be assured, Fidesz is not planning an extensive campaign: which is to say that voters in Szombathely and Eger, for example, will very likely see and feel the campaign’s presence more than voters in Budapest and Dunaújváros.

Please, support Telex with your donations if you find fact-based, quality journalism important.