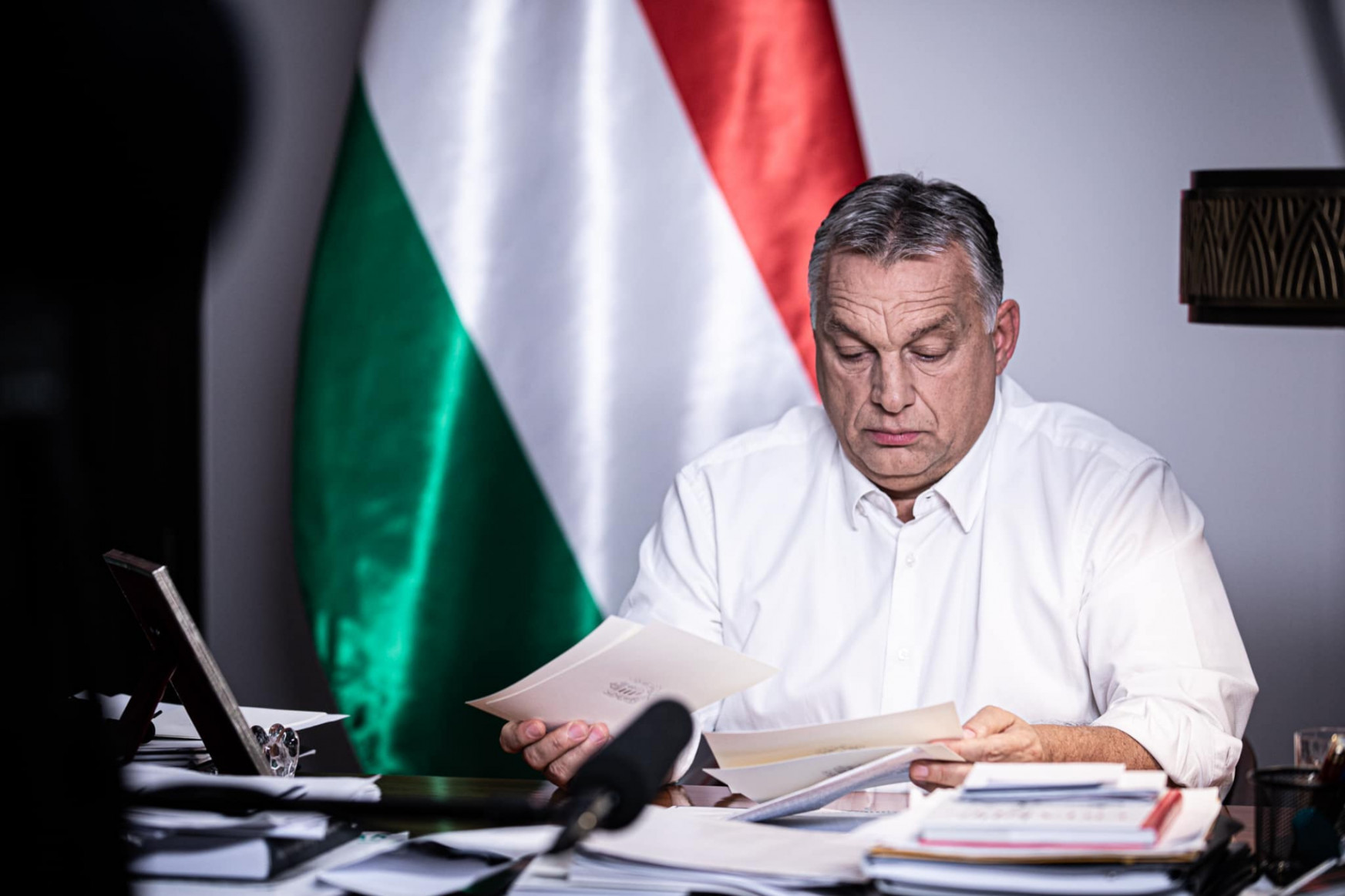 As the spread of the coronavirus is speeding up, Hungary is introducing a special legal order, the so-called "state of danger" over COVID-19 once again, as announced by Viktor Orbán in a video message posted on Facebook. The government is also introducing a curfew between midnight and 5:00 AM.

“By the middle of December, our hospitals will reach the end of their capacities. The pandemic, just like in the spring, mostly endangers the lives of the elderly and the chronically ill. Our parents and grandparents are facing a grave danger. The time is here to take further steps,”

- the Prime Minister said in his announcement after the cabinet meeting on Tuesday evening. The Government's Coronavirus Task Force informed the press about Orbán's upcoming announcement on Tuesday morning, and even the PM's Chief of Staff Gergely Gulyás hinted at restrictions designed to combat COVID-19 in his radio interview on Monday evening, but without stating specifics. The measures announced by Orbán are as follows:

The state of emergency, or technically, the “state of danger” allows the government to adopt decrees to suspend the application of certain Acts, derogate from the provisions of Acts and take other extraordinary measures. The range of government power is regulated by the Disaster Relief Act, which says that in case of introducing a state of danger due to an epidemic, the government can take any steps necessary and proportional to prevent, mitigate, and eradicate an epidemic and counter its ill effects.

The Hungarian Government already introduced this form of special legal order during the first wave in March, significantly expanding their emergency powers later with passing the so-called “Coronavirus Act” which received severe international criticism. Upon lifting the special legal order in June, several officials stated that the reintroduction of a special legal order would not be necessary again due to the so-called “healthcare crisis” regulations adopted along with the provisions ending the state of danger. However, in Tuesday's announcement to the contrary, Viktor Orbán argued:

"Last time, the Parliament needed two weeks to adopt laws that permit sanctioning violations of rules on facemasks. That is absurd. In this situation, it is especially absurd. If the virus spreads fast, we also need to be fast."

The decision came in a period when the pandemic is on the upswing in Hungary, with an all-time high in both fatalities and new cases announced on Tuesday morning, and a test-positivity rate of 27.3%:

During the first wave of COVID-19, according to official numbers, the pandemic peaked on 4 May with 2055 active cases. During the summer, numbers dwindled, but by the beginning of September, Hungary was quickly back to 2000 active cases, which have since ballooned up to the current 63 940 simultaneous cases.

The number of fatalities also spiked: two months ago, on 3 September, there had been 620 deceased, but since then, this figure tripled – all in all, there are 1973 deceased as of the data this morning. The number of infected people treated in hospitals is quickly rising as well, on 3 September, that number was a hundred, but currently, 4767 people are hospitalised and 348 are on ventilators.

Test positivity rates are also worrying: while the WHO suggests that to control the epidemic, enough tests should be conducted as to keep the positivity rate under 5%, but at most, under 14% – the 7-day moving average in Hungary surpassed these rates on 4 September and 21 October, respectively.

On 16 September, Viktor Orbán announced in a Facebook video message that the second wave of COVID-19 is expected to peak in Hungary in December or January.